Celebrating Jerusalem Day by honoring some of the greats. 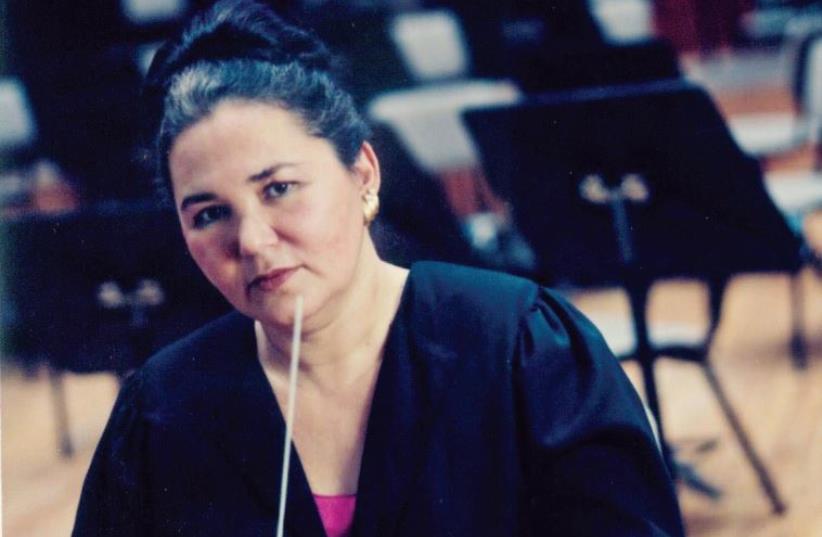 Conductor Anita Kamien
(photo credit: HEBREW UNIVERSITY ORCHESTRA)
Advertisement
HISTORY IS best appreciated when seen through the eyes of those who lived it. Many of the Jerusalem Day activities this weekend will involve people who were not yet born in 1967. But there were others who lived through that week of fear that ended in triumph, who can still vividly remember what it was like.One such person is Dr. Naomi Cohen She’ar Yashuv – who was married to the late Rabbi Eliyahu Yosef She’ar Yashuv Cohen, who in his youth had been closely involved with rabbis Avraham Isaac Kook and Zvi Yehuda Kook as well as with chief rabbi Isaac Herzog. He was later a member of the Brit Hashmonaim Resistance Movement as well as the Hagana forces that were fighting the British. During the War of Independence, he fought as a soldier in the nascent Israel Defense Forces and was seriously wounded while fighting in the Old City. Captured by the Arab Legion and taken to Amman, he developed a leadership role in the POW camp and returned to Israel as part of a prisoner exchange, serving in the army for a further seven years and rising to the rank of lieutenant-colonel.He later joined the Jerusalem City Council and during the Six Day War was deputy mayor. He was among the first Jews to return to the Old City after it was captured by the IDF and noted at the time that he had been one of the last to leave in 1948. His brother-in-law IDF chief rabbi Shlomo Goren had been the first rabbinical figure to return. Goren made several secret attempts to reach the Western Wall in the 19 years that the Old City was under Jordanian rule, and no one is quite sure whether he was indeed successful. Cohen went on to become the chief rabbi of Haifa and the president of the City’s Rabbinical Court. He also had several other distinctions and died in September 2016.He and his wife were among the original congregants of the Hazvi Yisrael congregation in Talbiya, where she will be the guest speaker at 6 p.m. on May 12, the eve of Jerusalem Day. Born in the United States, she is the daughter of Rabbi Herbert S. Goldstein, a long-time president of the Union of Orthodox Congregations of America, and the granddaughter of noted American philanthropist Harry Fischel.
IN 1989, Anita Kamien founded the Hebrew University Orchestra, which she has been conducting ever since. Through the vision of the university’s Musicology Department, she says, enrichment opportunities have been offered to the entire university student body over the last decade. Tickets for Hebrew University Orchestra concerts are offered without charge to registered students, who respond immediately. The thirst for music is intense and the demand exceeds all expectations. This can also be seen among the members of the orchestra, who come from a variety of academic disciplines. This year, the orchestra absorbed new members, including students from the sciences and the humanities at the undergraduate, graduate and postgraduate levels from Israel, as well as new immigrants and foreign students from Russia, France, the United States, England, Belgium, Germany, Switzerland and Japan.Each year, the orchestra performs an Avraham Harman Memorial Concert. London-born Harman was president of the Hebrew University from 1968 to 1983, during which period he was responsible for the rebuilding and expansion of the university’s original campus on Mount Scopus. After completing his presidential role, Harman was appointed chancellor of the university. Before that, he had spent almost 20 years as a diplomat; his last diplomatic assignment was as ambassador of Israel to the US.Among his various public roles was that of founding president of the Israel Public Council for Soviet Jewry, a position he held until his death in 1992. Millennium and post-millennium Israelis and Jews worldwide will never be able to fully appreciate the significance of his work for Soviet Jewry because the tribulations of that era no longer exist.This year’s concert will take place on Thursday, May 31, at the Henry Crown Auditorium of the Jerusalem Theater with the participation of Canadian soprano Sharon Azrieli , one of the three daughters of the late David Azrieli, who pioneered shopping malls in Israel and was an extremely generous philanthropist to numerous causes, especially those related to education and the arts. His daughters are continuing his legacy both in Canada and Israel. In recent months, Kamien’s name has also become familiar in another sphere: She has been in the forefront of the battle to prevent the light rail going through Emek Refaim.