"Game of Chefs" finally heads back to the small screen tonight. 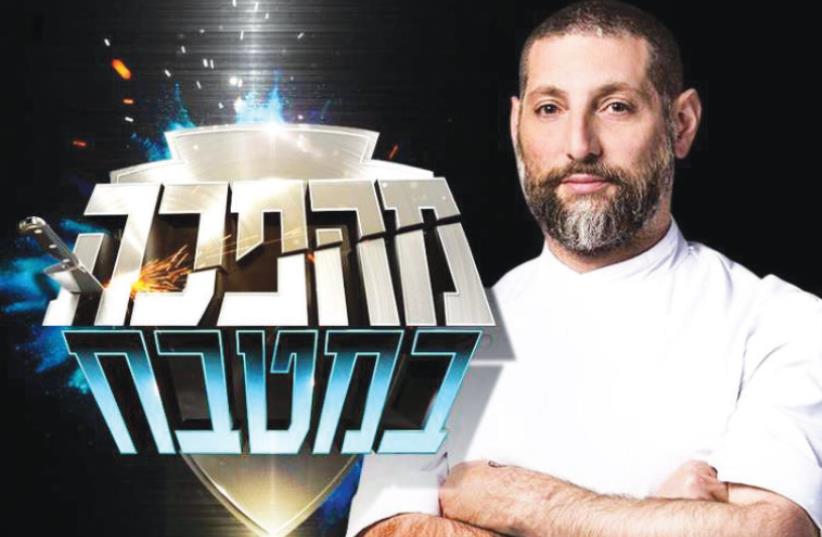 ASSAF GRANIT channels his inner Gordon Ramsay in this new show
(photo credit: Courtesy)
Advertisement
After a two-year wait, the hit TV show Game of Chefs is finally heading back to the small screen Sunday night, pitting three celebrity chefs – and their teams of hopefuls – against each other.Following the successful first season of the show in 2014, Channel 2’s Reshet almost immediately ordered up a second season, which was filmed in summer 2015. But for unpublicized reasons – mostly due to timing of other reality shows, both culinary and not – its air date was delayed.Regardless, the fast-paced and engaging show is raring to go – and the three judges/team leaders – Meir Adoni, Assaf Granit and Moshik Roth – are bringing the same level of enthusiasm and emotion as last season.Adoni, the famed chef of Catit and Mizlala, among others, Granit, of Machneyuda fame, and Roth, who holds two Michelin stars for his restaurant “&samhoud places” in Amsterdam, all reprise their roles as mentors and team leaders who coach their upcoming chefs through a series of individual and group challenges before one is crowned the winner.The show, based on the US program The Taste, begins with its signature blind tastings, where each contestant sends out their carefully prepared dish to the three waiting judges. They don’t know anything about the person who made the food, or even what the dish is supposed to be. But they have to lock in a decision whether to select the cook for their team before even meeting them.The affable and often emotional Adoni will be hoping to repeat his win from last season, while the fiery and temperamental (and now bearded!) Granit and the unflappable Roth will be ready to put up a fight.One thing to look out for this time around? Adoni told The Jerusalem Post in September – after completing filming – that he decided to take on the personal challenge of cooking kosher in every one of his team’s challenges.The decision isn’t something that will be discussed publicly, he said, but “anyone who takes note of what is cooked will see that everything is kosher. This is a message that is important for me, and I also want to prove that it doesn’t detract from one’s culinary abilities in any way.”