Ahead of his Tel Aviv show, Canadian funnyman talks about being fired by Trump from the Celebrity Apprentice and his experiences around the world. 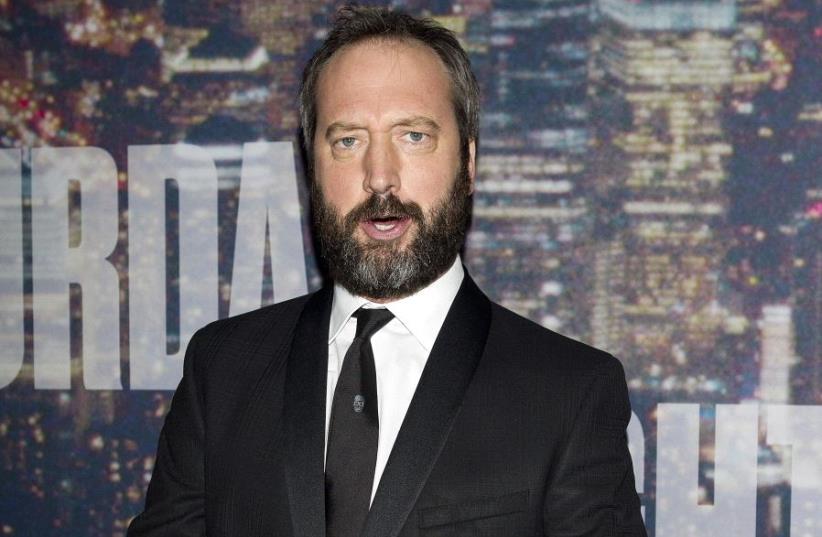 Actor Tom Green
(photo credit: REUTERS)
Advertisement
Comedian Tom Green arrived in Israel on the same day as his former boss.It’s not that he’s keeping track of all his past employers, but this one made a real splash.Green, you might remember, had the distinct privilege of being fired by Donald Trump from The Celebrity Apprentice back in 2009.“I was on that show for three weeks and then was fired,” Green told The Jerusalem Post in an interview from Tel Aviv on Tuesday. “I got fired because I went out drinking with [former NBA player] Dennis Rodman on the night I was the project manager.”And being fired by the man who is now the president of the United States is just another chapter in Green’s long, storied and often bizarre career.“I do have a lot of personal stories about working with the president of the United States on The Apprentice,” he said. “It’s pretty absurd and ridiculous on the surface... I think his decision-making ability may be flawed slightly, because I went out drinking with Dennis Rodman – as anybody would. Doesn’t seem like a very smart reason to fire somebody, it’s a logical choice that I made.”In fact, Green said, that may actually be why Trump fired FBI director James Comey as well: “I think he heard that Comey went out drinking with Dennis Rodman too.”While Green has a unique insight into the president, he doesn’t focus his show entirely on the controversial current occupant of the White House.“I don’t make a point to spend my whole show talking about politics, but it’s hard to avoid talking about this just because I know the president, you know?” he said. “I do quite a bit of social commentary in my show, and we are living in such a strange time politically it would be impossible not to mention it.”And while he’s always happy for new material, Trump’s election is a turn of events he might have been willing to pass over.“If the consequences were not so apocalyptic,” he said, “then I’d be grateful for the new comedy material.”The Canadian comedian, now 45, got his start doing stand-up as a teenager, and rose to prominence when his The Tom Green Show hit MTV in 1999. Green became known for his shock antics and risqué pranks, creating viral videos long before YouTube even existed.His fame landed him spots in movies like Road Trip, Charlie’s Angels, Stealing Harvard and more. He even wrote and directed the critically-panned Freddy Got Fingered.Green, of course, embraced the film’s critics, even showing up to accept his worst actor and worst director awards at the Golden Raspberry Awards. He also dabbled in singing and rapping, releasing three studio albums.Green will be performing his show in Tel Aviv on Friday night, in a stop on his European stand-up tour. But he arrived in the country early enough to travel around, hoping to pick up some local flavor for his show.“I’m excited to be here, I’m going to be taking in as many of the sights as I can,” he said, noting that he wants to visit Jerusalem and the Dead Sea and hopefully Bethlehem.“I’ve got friends all around the world, but it still never ceases to amaze me when I come to a place on the other side of the planet that I’ve always imagined going to, and to get there and be meeting people all over on the street who know me – it’s very exciting and humbling.”Green has performed around the globe, in Australia and Europe and of course across the United States. This isn’t even his first trip to the Middle East – he’s done shows in Iraq and Afghanistan for US and Canadian troops stationed there.The comedian said he has plenty of stories and experiences he shares on his tours around the world, but also likes to get a feel for each place he visits.“I’m going to make a point to try to absorb and try to pick up as much insight into this experience of being here over the next couple of days,” he said. “I like to incorporate a lot of local references and experiences that I pick up as I’m going on the tour. That makes the show interesting for me and also helps me connect with the local audiences wherever I am.”Green even appeared Tuesday night as a guest on Israeli comic Guri Alfi’s nightly show Today Tonight.After discussing his relationship to Trump, Green and Alfi talked about his plans to visit Jerusalem, and the possibility of his “painting the Wailing Wall in plaid,” inspired by a bit from his show.“I might not get out of Israel if I do that,” he joked.So far Green seems to be enjoying his time in the Holy Land, posting photos on Instagram, Twitter and Facebook.“I love #TelAviv #mediterraneansea,” he wrote. “So great to meet people everywhere I go around the world. What a wild trip. I have been meeting so many people every day and making many new friends. Thank you #Israel.”

I love #TelAviv #mediterraneansea So great to meet people everywhere I go around the world.… https://t.co/CO4XqNWKoo


Green is appearing Friday night at the Ozen Bar in Tel Aviv at 9p.m. For tickets, which cost NIS 160, visit tomgreen.com.