The tastes and aromas of Mumbai. 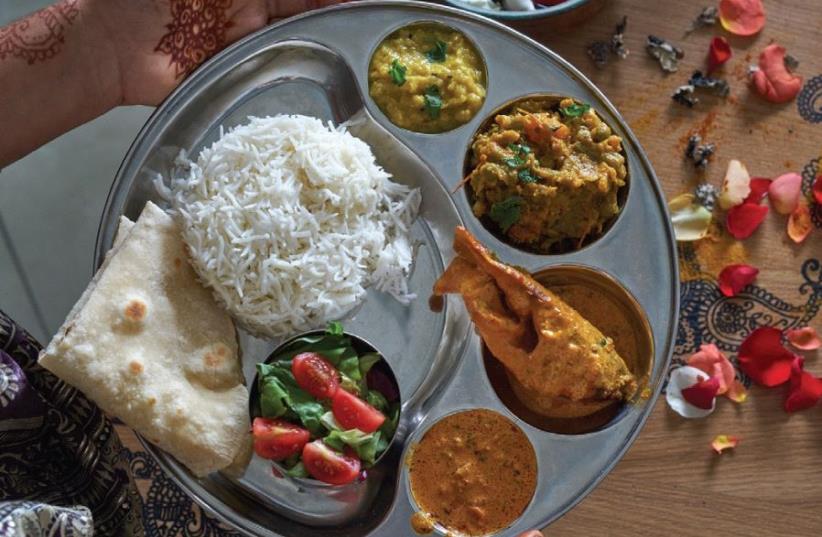 Mau Pau
(photo credit: PR)
Advertisement
Having visited Mau Pau in Tel Aviv’s trendy Nahalat Binyamin area and enjoyed its truly authentic Mumbai street food, I was pleased to hear that the owners had decided to expand the restaurant by opening a sister location on Hahashmonaim Street.The restaurant is very unassuming from the outside and is decorated quite simply on the inside. Although much bigger than its Nahalat Binyamin counterpart, you still get an intimate restaurant vibe. There is a bar near the entrance for drinks or if you are waiting for a table.Mau Pau is owned by siblings Noah, Israel and Ronit Isaac, whose parents made aliya from Maharashta. They decided to open the restaurant in honor of their mother, who died more than a year ago. They wanted to convey the tastes, smells and colors of the food they had experienced at home.The menu is divided into three sections. The first section is chaat – Indian savory snacks typically sold at the roadside. These include chicken samosas, onion bhajis and pakoras. Next is the chipatis and tandoori meats, and finally the curries and thali.We began our culinary journey with Mumbai chicken wings (NIS 35). The wings had the right combination of a ginger and garlic flavor with just enough of a spicy crunchy kick to keep us wanting more.Next up was the batata vada (NIS 22), which is one of the most popular snacks in Mumbai. It means “potato fritters.” The word batata means “potato” in Portuguese; the Portuguese introduced potatoes to India. The dish consists of a potato mash patty coated with chickpea flour, then deep fried and served hot with chutney. If you’re concerned about carbs or cholesterol, skip these. But if you want a fantastic flavor combo, this is your dish. This was comfort food at its best.This was followed by ragda (NIS 22), a chickpea stew in tomato sauce adorned with yogurt, cilantro and fresh chopped onion. The dish was very flavorful. The nuttiness of the chickpeas was matched by the sweetness of the tomatoes; and because of the yogurt, it had a creamy consistency. This is a great healthy option.In between, we had two glasses of lassi, which was a yogurt drink with walnuts, banana and honey. It was delicious and had the perfect consistency – not too watery and not too thick. It went especially well with the spicy dishes.We were then presented with the palak paneer (NIS 40). This popular North Indian curry was made of blanched spinach and cubes of soft paneer cheese. Too often this dish is on the bland side or is watery. This, however, was delightfully rich and tasty.Next up was the chicken tikka masala (NIS 44). The chicken was extremely tender, and there was just the right amount of sauce-to-meat ratio. The layers and depth of earthiness and savory flavors were on par.Last, we tried the fish curry. The fish was not too “fishy” but may have been a little overcooked. It was good, but the fish was a little tough.For dessert, we were served Indian chai, along with a slice of coconut banoffee pie. Unfortunately, the pie looked much better than it tasted. I found it to be very dry with not much flavor.But overall, it was a very pleasant dining experience and provided a flavorful offering of authentic Indian fare.The writer was a guest of the restaurant.Mau Pau (Not kosher) 105 Hahasmonaim Street, Tel Aviv Tel: (03) 773-979