With endless varieties available for purchase at every grocery store, it is hard to imagine that there are still new combinations, and styles of hummus being conceived of and produced. 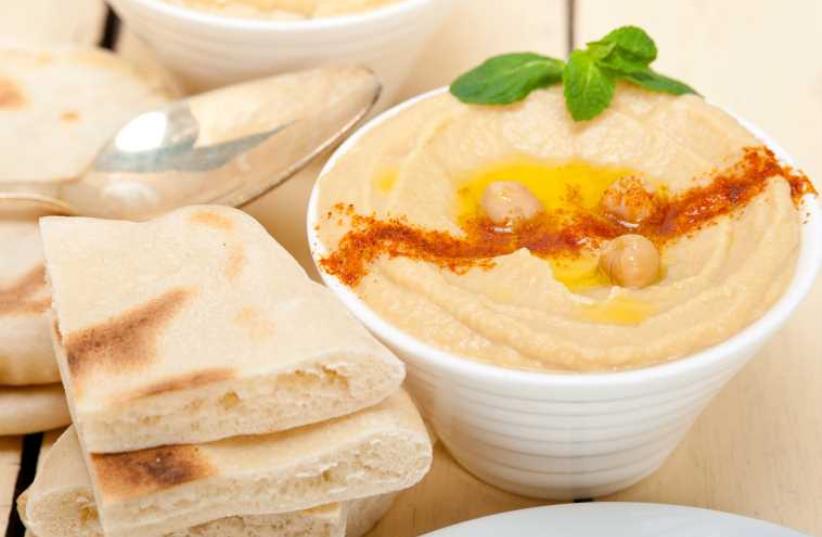 Hummus
(photo credit: INGIMAGE)
Advertisement
May 13th has been a day dedicated entirely to an international celebration of a staple of the Israeli diet: hummus.With endless varieties available for purchase at every grocery store, it is hard to imagine that there are still new combinations, flavors and styles of hummus being conceived of and produced for the masses. International Hummus Day is easily celebrated by doing the obvious: eating hummus. For most Israelis this does not come as a challenge. Hummus is consumed by the ton across Israel on a daily basis. Hummus style restaurants, known as hummusiot, can be found all across the country, serving the creamy spread in different styles and flavors, with warm bread or the traditional pita.  Hummus was first recorded in ancient cookbooks found in Egypt and the Levant. While not a native Israeli dish, Jews immigrating from Arab countries brought their food culture with them, turning hummus into a national food symbol.The health benefits of hummus have contributed to its success. Made from a base of chickpeas blended with spices, olive oil and tehini, hummus is an excellent source of protein. Chickpeas contain no cholesterol or saturated fats. In fact, chickpeas have been found to help prevent the build up of cholesterol in blood vessels. Another major ingredient in hummus is olive oil, a health food superstar that is rich in heart beneficial monounsaturated fats as well as garlic, another nutritional all-star that has been linked with fighting infection and improving immune function.   Although it is not difficult, producing a good Israeli style hummus takes patience and dedication. "It’s about getting the skins off of the chickpeas. We soak them first in water and baking soda, and as they cook we are constantly stirring to remove the skins. We spend one or two hours every morning just stirring and skimming chickpeas in order to create a smooth hummus," said Chef Alon Shaya, who recently opened 'Shaya,' an Israeli-style restaurant in New Orleans. One of the advantages of homemade hummus over store-bought is that it lacks the chemicals and preservatives that can impose on the rich flavors.  JTA and Katheryn Rubin contributed to this report.