Archeologists at Bar-Ilan University have discovered the remnants of the ancient city of Gath, one of the largest and most influential cities in the region. 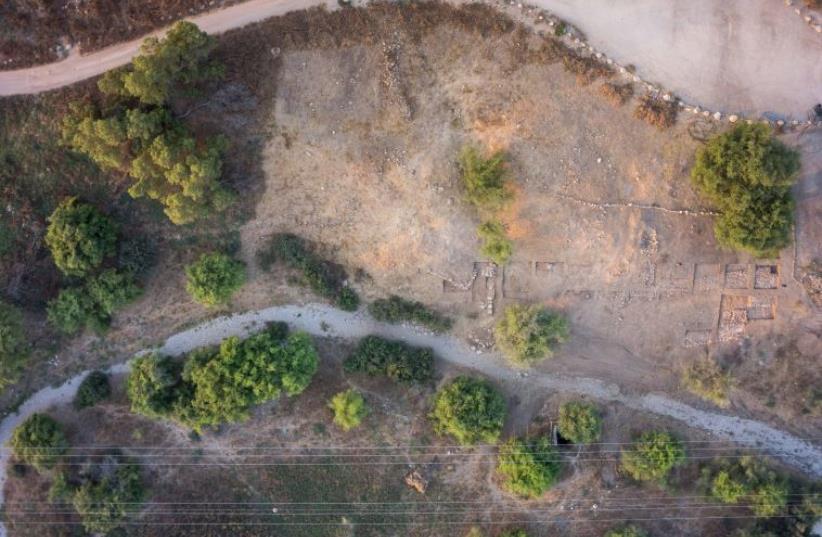 Aerial view of the lower city of Philistine Gath with Iron Age fortifications and gate in foreground
(photo credit: GRIFFIN AERIAL IMAGING)
Advertisement
Archeologists at Bar-Ilan University, headed by Professor Aren Maeir, have discovered the fortifications and entrance gate to the biblical city of Gath in the Philistines, which was once the home of the giant Goliath.  The excavations of the ancient city of Gath, which was once the largest city in the land during the 10-19th century, are being conducted in the Tel Zafit national park, located in the Judean foothills between Jerusalem and Ashkelon. The ancient city was destroyed in 830 BCE by Hazael, the king of Damascus. 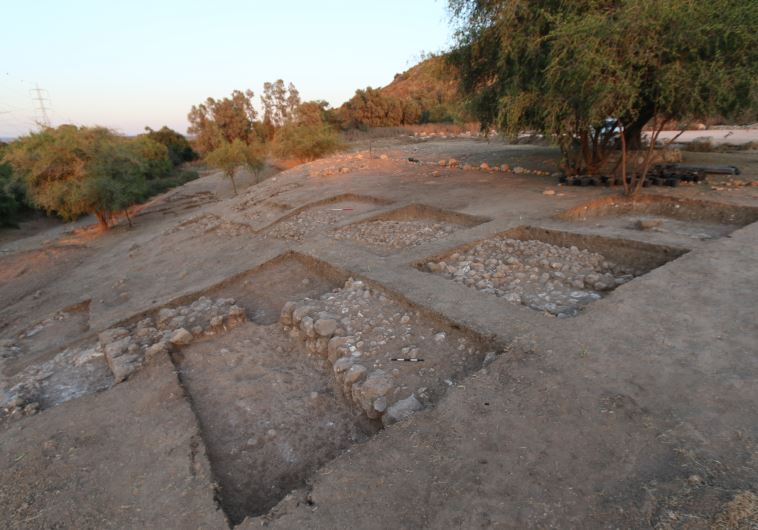 Professor Maeir said that the gate is among the largest ever found in Israel and provides substantial evidence that Gath was once one of the most influential cities in the region. In addition to the gate, an impressive fortification wall was discovered as well as various buildings which serviced the city, including a temple and an iron production facility.