Among the highlights were first-time festival performers as well as serial returnees. Homegrown band Forest, dishing up a swirling blend of spiritual world gypsy rock. 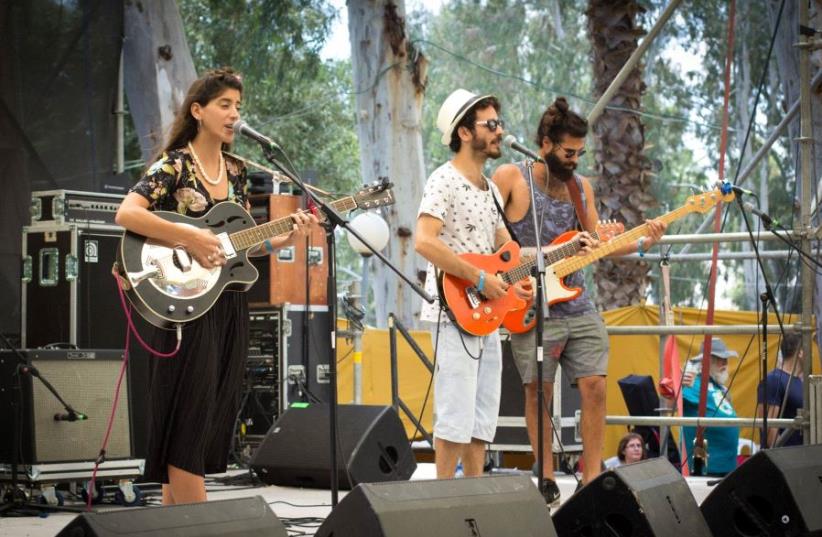 Dorin Yanni Band
(photo credit: DORIN YANNI BAND - GUY WASSERMAN)
Advertisement
An onstage wedding proposal, a freak downpour and a ton of good music were all part of the planned and unplanned lineup at Israel’s friendliest music festival, held Thursday through Saturday at Kibbutz Ginosar on the Sea of Galilee.It was par for the course at the Jacob’s Ladder festival, which seems to continuously top itself from year to year in unabashedly and unapologetically bringing those quaint ’60s-style good vibes to the thousands in attendance. This edition, curated as always by husband-and-wife festival co-founders Menachem and Yehudit Vinograd, offered a varied mix of some two dozen Israeli and international artists performing on three different stages.Among the highlights were first-time festival performers as well as serial returnees. Homegrown band Forest, dishing up a swirling blend of spiritual world gypsy rock, were crowd favorites on Thursday night’s main stage, according to many in attendance. Other local standouts included singer/songwriter Moshe Ben-Yohana, who mesmerized the crowd with his Hebrew indie narratives, and the Dorin Yanni Band, which mined a trumpet-fueled Mumford and Sons-inspired folky country stomp.But the act that raised the festival to its greatest heights, as it has done six times before, was The Abrams from Canada. Onetime bluegrass wunderkinder when they performed as pre-teens, John and James Abrams, now 26 and 24 respectively, have developed into rock stars. Their two electrifying sets, on Friday night and Saturday afternoon as festival closers, anchored by a crack band of Canadian hotshots, ran the gamut from country standards like “Will the Circle Be Unbroken” to their Coldplay-inflected pop originals.When their drummer brought his Israeli relatives and his girlfriend onstage near the end of their Saturday show and proposed to her, it was a Jacob’s Ladder moment of community. Then a few minutes later, when skies opened up for an uncharacteristic late May downpour, the band kept playing their last song and the audience kept dancing. Nobody wanted to leave that special feeling that’s forged every year for a couple days on the shores of the Sea of Galilee.