The 28-yearold Bostonian has been making the rounds, playing in local Jerusalem venues for the past year. 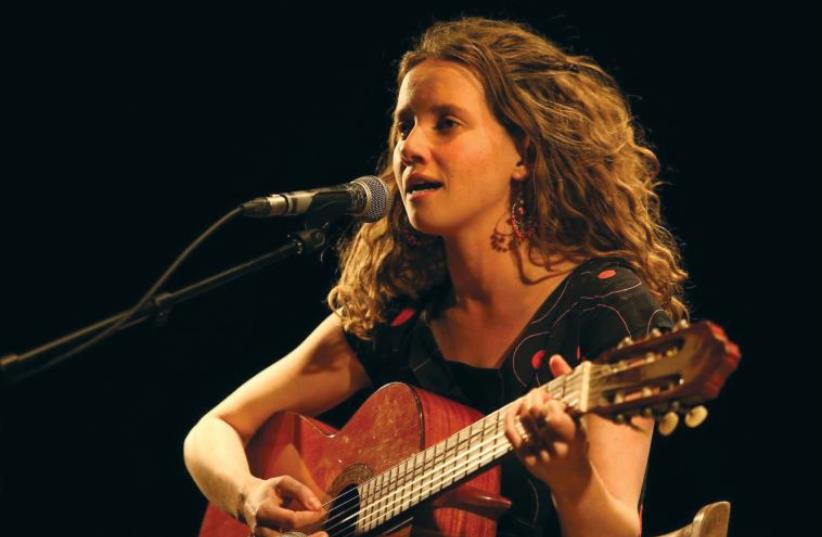 Emmy Raviv
(photo credit: Courtesy)
Advertisement
Emmy Raviv is a singer/ songwriter in the great folk tradition. The 28-yearold Bostonian has been making the rounds, playing in local Jerusalem venues for the past year. She is debuting her new duo, Clementine, with fellow musician Isaac Kates Rose tonight (9 p.m.) at Beer Bazaar, situated in Jerusalem’s Mahaneh Yehuda Market. Raviv sat down with The Jerusalem Post to talk about her musical upbringing, red-winged blackbirds and Joni Mitchell.

What is your background?
I grew up in a really musical family in Boston. My dad is a singer/songwriter who went to music school.My mom is also musical. I would go to church with her and sing in the choir. I sang a lot in school choruses and musicals. Throughout college [University of Maine and then College of the Atlantic], I sang in choruses, then I started writing when I was 18. I did a lot of theater and music in college. Music was always around me. I still haven’t recorded an album, but it’s in the works.

So you’re planning on putting out a debut album soon?
I’d like to work on it in the next year. I was recently in this project of the municipality that was a singer/songwriter showcase. So from that, I met other musicians who have studios. I have recorded on other people’s albums, but my own stuff is the next thing.

How did you come to Israel?
I actually did my Senior project for college here in 2011. That was the first time I was here. I came wanting to understand more about Israel and the conflict. My grandparents on my dad’s side are Israeli, and I grew up with them nearby. At the end of my project, I had a one-woman show consisting of poetry and cardboard puppets about my travels and family history. Ironically, it didn’t include music. I came back a year later to live.The first time I heard you play was at Tmol Shilshom last year. How did you start getting gigs around Jerusalem? I started by being a musical act at different poetry events. Then someone there would tell someone else that they had seen me and I would get to another event.With Tmol Shilshom, I had done a musical interlude for a writer’s event and then [was asked] to come back and perform solo. I’ve played there a few times now. The venue goes well with my folksy, bluesy style.Speaking of your style, my favorite song of yours is ‘Red Wings.’ Can you talk about the writing process behind that?
That’s a standard in my repertoire.That song has a really concrete base, which usually doesn’t happen. A lot of songs are just a collection of images. It’s about a trip I took with my family on my mom’s side to this national park, where I saw a red-winged blackbird outside the window. I just fell in love with it. For some reason, I remember that moment. Afterwards, my grandfather wanted to carved me a flute, but he didn’t succeed because the stick was too small or the wood was too soft. So I quite literally wrote that into the song, but it has taken on a character of its own. “I’ve seen your red wings, I’ve seen his, I’ve seen mine.” I still really enjoy playing it after five or six years.What is your typical creative process for putting songs together?
I have a little recorder, so I record myself. I often free write whatever comes and then go back through it to find images or things that I can use for songs.Right now I’m also writing with another musician, who is in the Clementine duo with me, Isaac Kates Rose. He’s a guitar player, bass player and songwriter. He or I will bring something that we haven’t finished and we’ll write and work on it together. We have great chemistry as a musical duo.Are you working on songs for the Beer Bazaar show? We’re working on some unfinished things and making arrangements for some seasoned work, which is what I did also for the recent singer/songwriter project.There we had a mandolin and a violin, which really filled out the sound perfectly. So with Clementine, we’re adding more harmonies and working on making some interesting changes, like taking a slower song and seeing how it would work as a faster, bluegrass song. It’s been really fun. There’s one song of mine that’s kind of old and hasn’t been sitting right with me for awhile. We changed the pace and it took on a totally different character.

How did the two of you meet?
We met through friends in Jerusalem. It’s a small place. Beer Bazaar will be our first performance together, and we’re looking to perform more in the future.

If you could collaborate with any other artist, your dream collaboration, who would you choose?
Joni Mitchell is the first person who comes to mind. She is my favorite singer/songwriter. I’ve sung covers of her songs for years.She makes the music work for her with all her different tunings and time signatures. There is another artist who I really love named Anais Mitchell. She’s not related to Joni.She writes beautiful songs. In terms of Israeli artists, I’d love to collaborate with Geva Alon. He’s a really great songwriter.What color is your music? Definitely not red. The first color that comes to mind is some kind of turquoise with little splotches of green, darker blue and maybe even yellow. I think about it as a ceramic glaze because I’m also a ceramicist. If I could make my music into cups and teapots, then that’s probably what I would do.

To listen to some of Raviv’s music, visit https://emmyraviv.bandcamp.com
Advertisement
Subscribe for our daily newsletter