Lest you think that only Jerusalemites are Khan subscribers, the theater tells us that some 1,400 of them come from Tel Aviv and the central area. 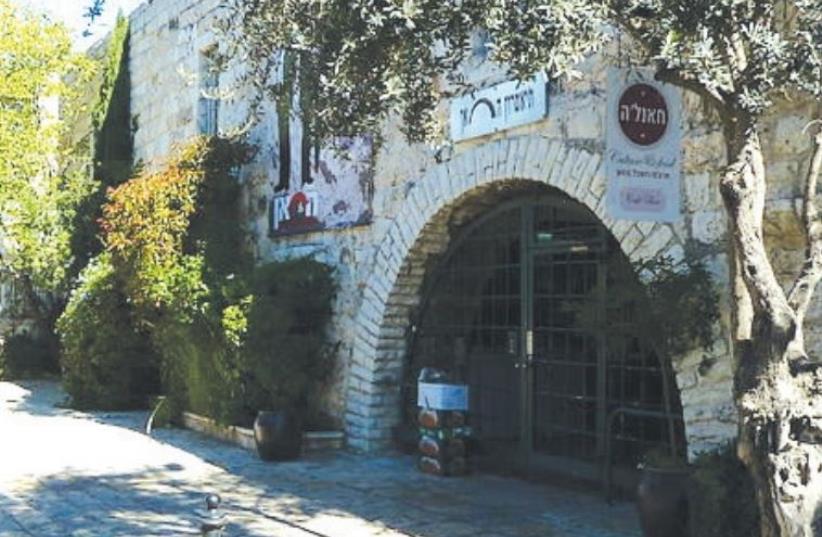 The Khan Theater
(photo credit: Wikimedia Commons)
Advertisement
The feisty Jerusalem Khan Theater celebrates its 50th anniversary during the 2017/18 season with a series of special productions and events.The Khan has always had a soft spot for Israeli Nobel laureate Shmuel Yosef (Shai) Agnon, and his famed novella In the Prime of Her Life is upcoming, to be directed by in-house director Shir Goldberg. Then there’s a musical version of Napoleon Dead or Alive by poet/ playwright Nissim Aloni to be directed by Udi Ben-Moshe, and longtime Khan general director Micki Gurevitch will direct Dario Fo’s mix of farce, politics and protest, The Accidental Death of an Anarchist.Other productions include Shakespeare’s Macbeth (Goldberg again), The Attorney by Daniel Cohen-Levy based on an idea by Franz Kafka in which Bucephalus, Alexander the Great’s horse, turns into a lawyer, and The Nether, a creeper thriller by Jennifer Haley that looks at the near future.Special events include a series of evenings devoted to the life and work of notables such as Eliezer Ben-Yehuda who resurrected the Hebrew language, poet Yehuda Amichai and philosopher Yishayahu Leibowitz, an evening in the theater’s courtyard in which Jerusalem artists tell of their childhood, an evening devoted to Agnon and more.Lest you think that only Jerusalemites are Khan subscribers, the theater tells us that some 1,400 of them come from Tel Aviv and the central area.Together with the Gesher Theater, the Khan always has something to say.For more info visit https://khan.co.il