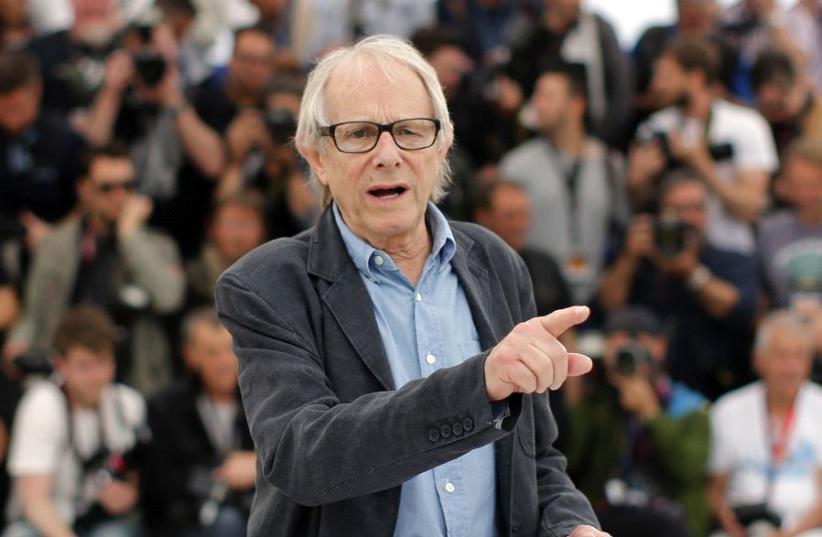 Director Ken Loach poses during a photocall for the film "I, Daniel Blake" in competition at the 69th Cannes Film Festival in Cannes, France, May 13, 2016
(photo credit: JEAN-PAUL PELISSIER / REUTERS)
Advertisement
He decried that there could be antisemitism within the UK Labour Party and then, a minute later, refused to condemn Holocaust denial.Now, several weeks later, British director Ken Loach has claimed that his words were twisted, and he never intended to deny the Holocaust.In a BBC interview at the end of September, Loach said accusations of antisemitism within Labour were aimed simply at destabilizing Jeremy Corbyn’s leadership. BBC interviewer Jo Coburn then asked Loach if Holocaust denial, as had reportedly occurred at a fringe Labour Party conference that week, was acceptable.His response? “History is for all of us to discuss. All history is our common heritage to discuss and analyze. The founding of the State of Israel, for example, based on ethnic cleansing, is there for us to discuss... So don’t try to subvert that by false stories of antisemitism.”But in a letter to the editor published in The New York Times on Friday, Loach sought to clarify his controversial comments.“In a confused BBC interview, where question and answer overlapped,” he wrote, “my words were twisted to give a meaning contrary to that intended. The Holocaust is as real a historical event as World War II itself and not to be challenged.”But Loach, obviously unfamiliar with irony, wasn’t quite done and returned to proclaim that there was no antisemitism in the Labour Party, rather a conspiracy to bring down Corbyn.“Exaggerated or false charges of antisemitism have coincided with the election of Jeremy Corbyn as leader,” he wrote.“Discredit his supporters and you weaken his leadership... We will not be intimidated.”In the interview, Coburn clearly asked Loach if he thought it was “unacceptable” to discuss Holocaust denial. He responded: “I think history is for us all to discuss, wouldn’t you?” Coburn requested Loach repeat himself, and he did.There was no overlap of question and answer.