Four authors pen romances about Hanukkah in a new anthology. 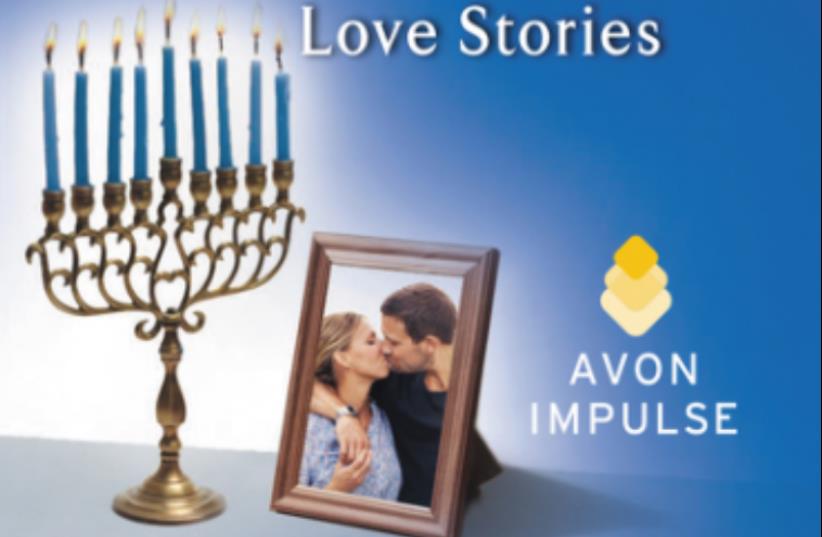 'Burning Bright' published by Avon Impulse
(photo credit: Courtesy)
Advertisement
It might be the twinkling lights. Or maybe it’s the softly falling snow. Whatever the reason, the holiday season is often thought of as a time for love – at least in the eyes of romance novel writers.And while every year dozens of paperbacks come out concerning falling in love on Christmas, this winter, for the first time ever from a mainstream publisher, those who celebrate Hanukka can get their own dose of romance.Avon, a division of HarperCollins, has just published Burning Bright: Four Chanukah Love Stories (an e-version is available now; the paperback will only come out in January). If you’ve been looking to read about longing glances over a plate of latkes, and dates at a family’s kosher deli – this is the anthology for you.Written by four authors, each book has a very different tone and take on the theme – from the chaste romance between two Orthodox teens to the more risque scenes between two secular adults – where “finding my afikomen” is just a euphemism. 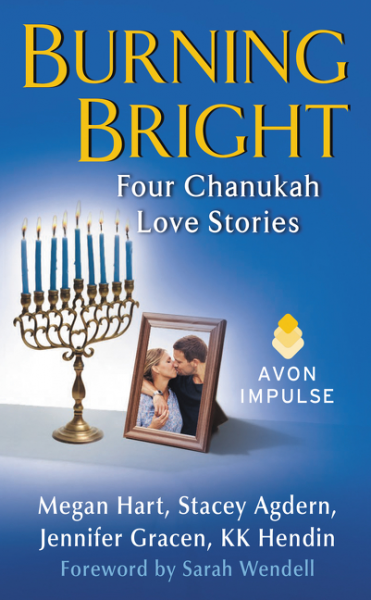 In Miracle by Megan Hart, Amanda falls hard for her cute neighbor Ben, but he’s struggling to break free from his Orthodox upbringing in Brooklyn and his disapproving parents. Jennifer Gracen’s A Dose of Gelt introduces us to lawyers Shari Cohen and Evan Sonntag (cliche much?) who have been dating for eight months, but suddenly feel the pressure after a visit home to Long Island for a family Hanukka party.In A Home for Chanukah by Stacey Agdern, interior designer Molly and the (unlikely) successful Jewish music producer Jon help plan their apartment building’s holiday party, but find so much more. Finally, KK Hendin’s All I Got rounds out the anthology, with the most puzzling and intriguing offering – a romance set in Hebron between 19-year-old American Tamar and 20-year-old IDF soldier Avi. Rife with in-jokes only seminary girls could understand, including the fairly insulting phrase “this is why girls don’t learn gemara,” the book follows the innocent, whirlwind love between the youngsters. In between trips to Safed, jokes about Egged bus drivers and smatterings of Hebrew, the two find love – including an ending that stretches the imagination for anyone familiar with the Israeli army.Realistic notions aside, if you’re looking for Hanukka-themed love stories, and about 400 mentions of sufganiot, this is the book for you.