Lipa Schmeltzer dances his way into an Israeli ad

What brings together an Israeli schwarma joint, a group of haredi Jews and an American hassidic rapper? 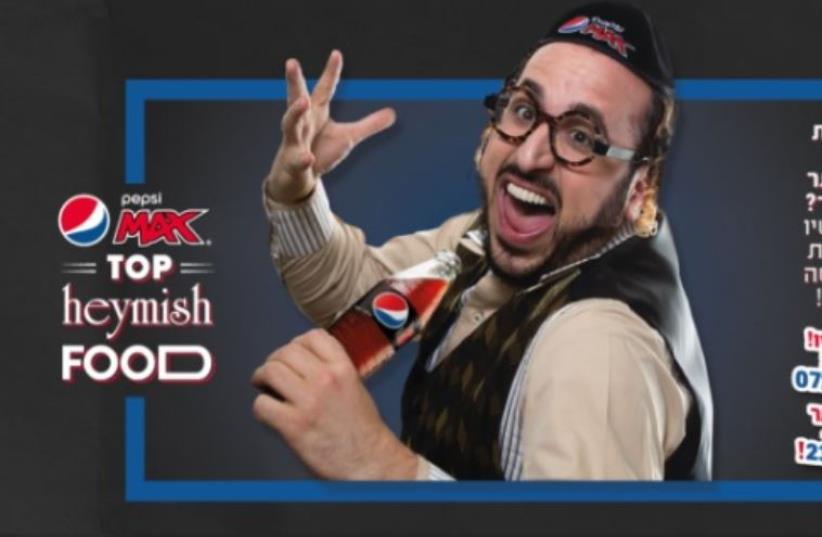 Lipa Schmeltzer Pepsi Max commercial from Israel
(photo credit: Courtesy)
Advertisement
What brings together an Israeli schwarma joint, a group of haredi Jews and an American hassidic rapper? If your answer is a commercial for Pepsi Max, then I'm guessing you've already seen the video.
Lipa Schmeltzer Pepsi Max commercial from Israel
The one-minute ad starring Lipa Schmeltzer is part of a campaign by Pepsi called "Top Street Food" - where participants vote for the best street food in Israel, entering them to win a culinary-themed trip to London. While the mainstream Israeli audience gets introduced to the contest in a spot starring Bar Refaeli, Pepsi Max partnered with Schmeltzer for the side competition: Top "heymish" food - which can win entrants a trip for two to Prague. Heymish is a Yiddish word literally meaning homey, and is generally used to refer to traditional Ashkenazi food like cholent, potato kugel and the like. In the video, Schmeltzer, a New York native who's been called the Lady Gaga of hassidic music for his colorful appearance, walks into a classic Israeli restaurant full of haredi men. The guy behind the counter offers him schnitzel, shwarma and a full dinner plate of meat and rice, at which Schmeltzer turns his nose up. Instead, the singer spots a fridge full of Pepsi Max in the corner, pops open a bottle, and the music starts to play as the haredim dance among the tables and chairs. The ad then directs viewers to a separate site to vote - heymish.pepsimax.co.il where the voting begins on the 17th of Sivan. According to Ice, an Israeli news site on advertising, the commercial starring Schmeltzer will be publicized on a variety of haredi news sites, as well as in WhatsApp groups - a popular medium for Israeli haredim - and in a slightly different form in print media. Pepsi Max Israel did not return a request for comment.