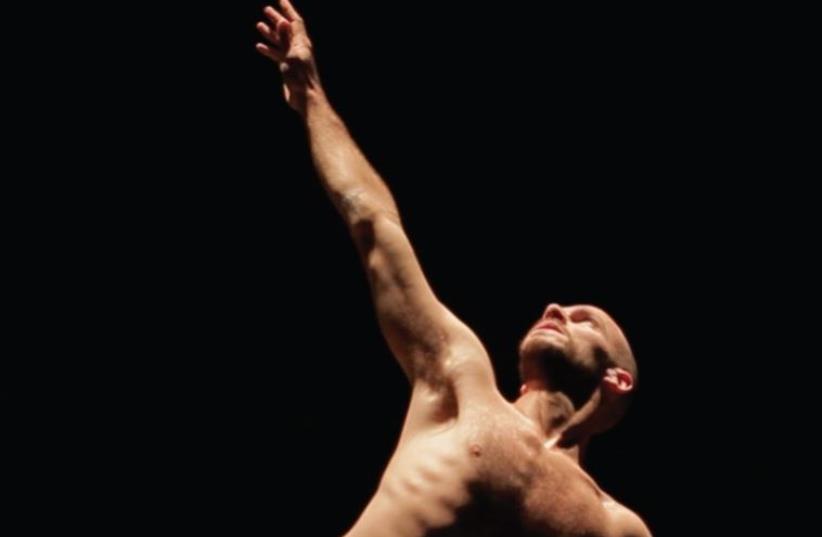 The Kibbutz Contemporary Dance Company
(photo credit: GIL NEMET)
Advertisement
Tucked away at the back of the Suzanne Dellal Center is a small building. It is less grandiose than its counterparts across the tree-studded courtyard and yet, the Inbal World Arts Center is currently the site of a change that could significantly impact all of Israeli dance. Posed to become the only repertory dance company in Tel Aviv, the Inbal Dance Theater will premiere a new two-part evening by choreographers Sahar Azimi and Noa Zuk.The Inbal World Arts Center was founded in Suzanne Dellal 20 years ago as a home to the Inbal Dance Theater. Founded in 1949 by Sara Levi-Tanai, Inbal was the first modern dance company in the country. Its early days were guided by American choreographer Jerome Robbins, who staged many works that toured internationally. For more than six decades, Inbal Dance Theater produced original works by local choreographers. Then, in 2014, the company underwent a major makeover. Longtime director Razi Amitai left his position, leaving both the artistic direction and management of the company in question. Current CEO Eldad Grupi jumped right in, naming Barak Marshall the new artistic director of Inbal. The choice of Marshall seemed obvious as he is both an established choreographer and the son of Inbal’s star dancer, Margalit Oved. And yet, just one year after his appointment, Marshall stepped down.What ensued was nothing short of an identity crisis. It was clear that Inbal Dance Theater, with its eight dancers, would continue to exist. What was not clear was whether that existence would stay in line with the multicultural agenda that had guided Inbal from its establishment or not. And just as the uncertainty bloomed, it was put to rest with reports of two works already being rehearsed within the building.“When I came to Inbal, I found a group of young dancers, full of passion to work,” reports Zuk of her first impressions working with the company. Zuk, 37, was a longtime member of Batsheva Dance Company. Upon leaving the troupe she began her path as an independent choreographer, creating and performing solos as well as group pieces in collaboration with musician Ohad Fishof.Zuk’s movement language is strongly influenced by Gaga, the technique developed by Ohad Naharin and Batsheva Dance Company.“Gaga is definitely me. It’s totally me, it comes from inside me. It is not external. What is amazing about Gaga is that everyone can make it their own, take it into themselves and make it their own. It’s not Ohad Naharin, Gaga belongs to everyone who does it.”In recent years, the two have been invited to create works for companies throughout the world. Zuk’s body of work includes Doom Doom Land, Nothing I, Nothing II and, most recently, the quartet Garden of Minutes. The piece Zuk brings to Inbal, By The Snake, was made for the Repertory Dance Theater in Salt Lake City.Her invitation to work with Inbal came as a surprise.“They talked to me on Thursday and on Sunday I started working. We jumped right into the water. It was the most fun to dive into the process with them. They were with me from the get-go. We had a solid collaboration from the first minute. Everyone came together. I had a great time working with them, I was very moved to see them get into it and grow with it.”By The Snake, a title which Zuk prefers not to explain too much, began with the idea of couples dancing together.“There is something about couples dances that has a lot of pleasure and passion. There is the pure joy of dancing. That was the inspiration and from there, everything else developed.”At RDT, Zuk worked with six dancers. For Inbal, she expanded the work to include all eight dancers. Making changes to the existing piece was a task Zuk welcomed.“The dancers will be the owners of this piece, not me,” she says.The evening will also include a new work by Sahar Azimi, which is an exploration of the circle.The premiere of Inbal Dance Theater’s new evening will take place tonight at 8:30 p.m., April 1 at 2 p.m. and on April 2 at 8:30 p.m. For more information about Inbal Dance Theater visit www.inbal.org.