Carey and Packer, in Israel to meet a “spiritual leader” prior to their nuptials, are not Jewish, but the singer clearly feels a deep connection to the Holy Land. 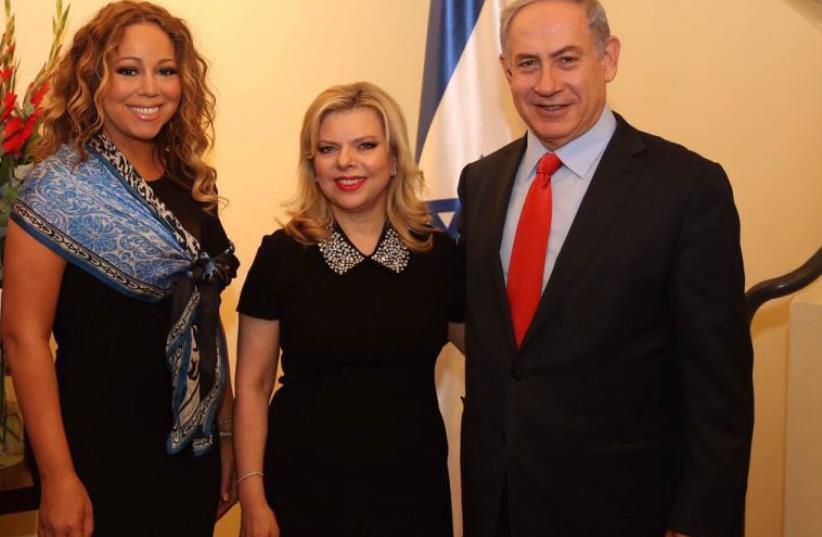 Benjamin and Sara Netanyahu with Maria Carey
(photo credit: Courtesy)
Advertisement
American R&B singer Mariah Carey was the honored guest on Sunday at an event often reserved for senior diplomats and world leaders, a private family dinner with Prime Minister Benjamin Netanyahu. Escorted by her partner, Australian entrepreneur James Packer, Carey's other traveling companions, her two twins, were absent from the stately evening due to the late hour, though Carey did share photos of the two four-year olds with the prime minister and his wife, Sarah. The Netanyahus, not to be outdone, shared photographs of their two boys taken during the prime minister's first term, between 1996 and 1999. Carey and Packer, in Israel to meet a “spiritual leader” prior to their nuptials, are not Jewish, but the singer clearly feels a deep connection to the Holy Land.Carey reportedly told Mrs. Netanyahu of her visit to the Western Wall, Judaism's holiest site, where the singer had reminded her daughter to "remember the day you visited this very important place." Packer and Carey have been dating for several months and just completed a Mediterranean cruise on Packer’s yacht. They reportedly plan to visit Jerusalem, the Dead Sea and Tel Aviv.Packer was in Israel earlier this month with a group of Australian businesspeople. He reportedly bought a house recently in Israel.