Moving to the music

The Mark Morris Dance Group and Music Ensemble will perform in Tel Aviv. 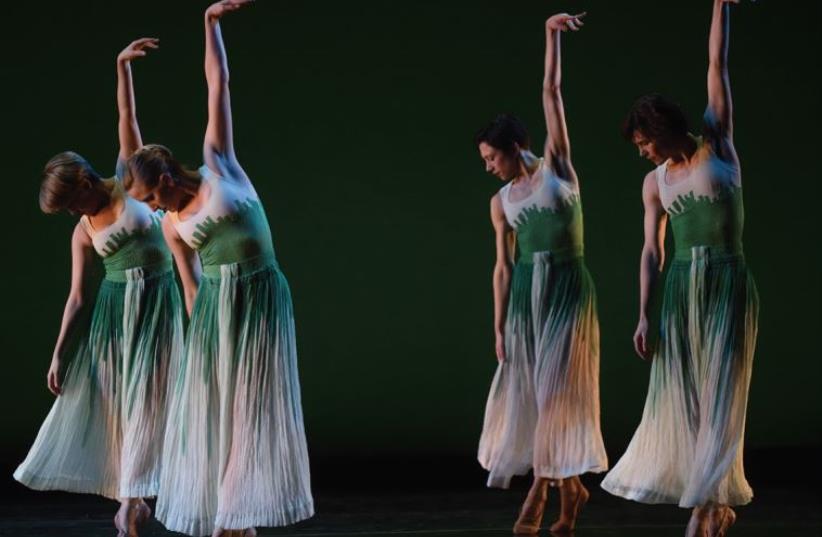 The Mark Morris Dance Group
(photo credit: HILARY SCHWAB)
Advertisement
The connection between music and dance has long been toyed with, considered, argued and experimented on. From the famed collaboration of John Cage and Merce Cunningham to babies bopping along to beats, there is an undeniable synergy between the two.Mark Morris puts this relationship at the core of every one of his creations. As one of the only choreographers to insist upon live music with every performance, Morris champions the belief that these two art forms do and must exist together.“The thing that inspires me? It’s always music,” says Morris over the phone from New York. It is midday, and he is taking a break from rehearsing his company Mark Morris Dance Group. Morris’s voice exudes warmth and sincerity. He had just returned from a vacation in India, where he filled up on good food and great music.“Music is the thing that drives us, which is why we always perform with live music. It’s always music that I want to make a dance to, whether I’ve known it for 30 years or it’s something I picked up yesterday,” he says.Morris and company will come to Israel this month to perform two programs at the Tel Aviv Performing Arts Center.Morris founded his company in 1980 in New York City. In 1996, he put a plan into motion that resulted in the establishment of his home base in downtown Brooklyn. The first and only hub of its kind in Brooklyn, Mark Morris Dance Center preempted the mass renovations of the neighborhood by several years, setting up shop in an area that continues to bloom and change with each passing year.Just around the corner from the Brooklyn Academy of Music, the MMDC is a beacon for members of the dance community.“We opened in Brooklyn because it was where we found real estate that we could afford. We were the first thing to open in this cultural district, which has become really glamorous. We found a place, and we got a good deal. We could never afford to do it now,” explains Morris.That year, Morris realized a longtime dream when he extended the scope of his company to include the Mark Morris Music Ensemble. From that point forward, regardless of location, theater size or repertoire, MMDG performed with live music. Morris has choreographed to countless composers such as Stravinsky, Mozart, Handel and Beethoven.“I use what I want always. I never say ‘I cant do that.’ It’s always ‘When can I do it?’” he says.To make certain that there are no surprises on stage, Morris has a live music policy in the studio as well.“We always have someone playing in the studio, whether it’s a drum or a piano or singing. I don’t see a dance in my head when I hear the music. It would save a lot of time if I did,” he laughs. “I just listen. I make up everything in real life in real time with the dancers in the studio.”Tireless, Morris has created 150 original works for his company, in addition to opera and ballet commissions.Though creation has not become easier in his eyes, Morris admits to having acquired a certain efficiency in the studio.“I’m quick at it because it’s what I do all the time. The mystery of making a dance isn’t a mystery to me because I am a choreographer. I work fast, and my dancers work fast too,” he says.His insatiable thirst for new music has propelled Morris around the globe many times. He frequents India thanks to a music festival in the southeast that stole his heart many years ago. Following the Israel tour, Morris will travel to Azerbaijan to research leads for a new project.In addition to making dances, Morris is an avid conductor.“Conducting feels similar and opposite to dancing. The obvious thing is that I’m facing the other direction. My role is to support the musicians; it is not performing. The role of the conductor is to poke the performance out of the people. It’s a skill to get the information across physically. You have to move in a way that gets the desired result from the players. It’s very scary, I have to tell you,” he confides.Morris adds that he will not conduct during this trip to Israel.For this tour, Morris has put together two four-part programs. Program A consists of Falling Down the Stairs, Cargo, Three Preludes and Festival Dance. Program B includes Silhouettes, Falling Down the Stairs and Pacific.Morris choreographed all these works over the last two decades.“We keep a large variety of dances in our repertoire in good shape so they are always ready to be performed. We haven’t been to Israel for a long time, so we want to show later stuff, things that are up in the repertory,” says Morris.Mark Morris Dance Group and Music Ensemble will perform at the Tel Aviv Performing Arts Center on February 2 to 6. For more information, visit www.israel-opera.co.il.