'No truth in claim that Walt Disney was an anti-Semite' 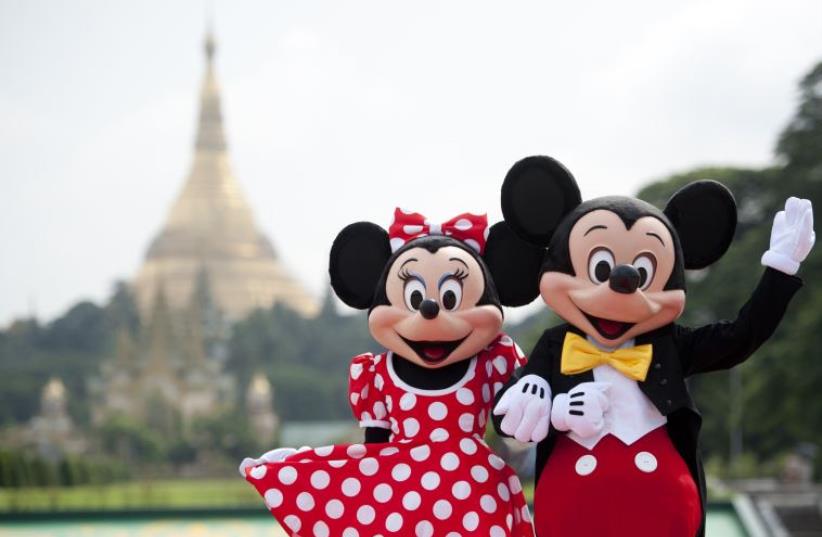 Walt Disney characters Mickey Mouse (R) and Minnie Mouse.
(photo credit: YE AUNG THU / AFP)
Advertisement
Panelists over the weekend promoting PBS's Walt Disney, a two-part American Experience film that will air on September 14, defended Walt Disney's character claiming past charges of anti-Semitism against the entertainment legend were not true. "There are many charges against Walt Disney, and if you answered every one of them, you'd have a four-hour film that was nothing but rebutting charges," said Neal Gabler, author of Walt Disney: The Triumph of the American Imagination, USA Today reported.  Gabler said he read every one of Disney's papers in the company's archives, and says "I saw no evidence, other than casual anti-Semitism that virtually every gentile at that time would have, that Walt Disney was an anti-Semite," according to the report. Producer and director of the documentary, Sarah Colt, said the film succeeded in uncovering the real Disney. 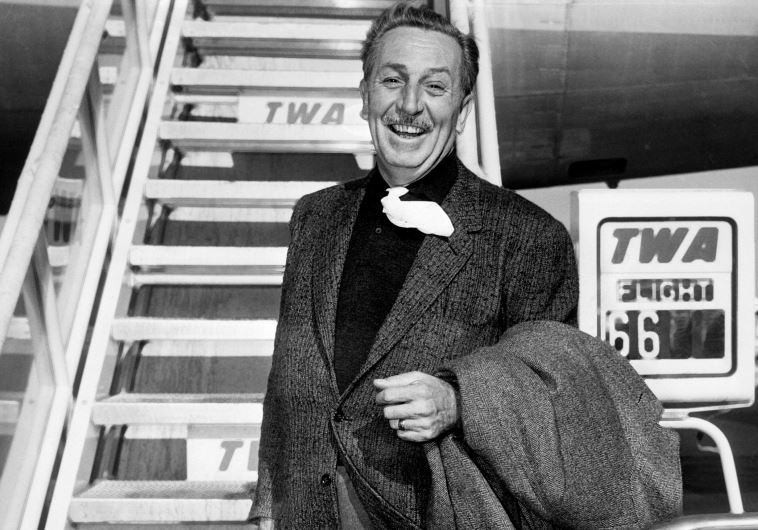 Walt Disney (Photo: STF / AFP)
Preview for PBS documetary on Walt Disney
"The real challenge to this project is that Walt Disney is so mythic and people think they know him, but don't know him…The challenge of the film and the success of the film is that after four hours, he becomes human and you do feel like you know him," Colt said.   With regard to Disney's alleged anti-Semitsm, Colt said that that claim was "not based on any truth . . . so we saw no reason to bring it up in the film.” Colt said she looked for evidence of Disney’s bigotry, but to no avail, Deadline Hollywood quoted her as saying. Unlike the subject of her previous PBS film, Henry Ford, “who was a virulent anti-Semite,” in the case of Disney, she said, “It wasn’t relevant to who he was, so it’s not part of the film,” DH reported. Last year, during her speech at the National Board of Review Awards in New York, Meryl Streep ripped into Disney in a lengthy nine-minute rant saying the famous cartoonist "was supposedly a hideous anti-Semite" and a "gender bigot.""Disney, who brought joy, arguably, to billions of people, was perhaps, or had some … racist proclivities. He formed and supported an anti-Semitic industry lobby. And he was certainly, on the evidence of his company's policies, a gender bigot," Streep said during the ceremony. Streep made the remarks in a speech she was giving on the film "Saving Mr. Banks," which follows the relationship between Mary Poppins' author P.L. Travers with Walt Disney. According to The New York Times, in 1938, a month after the Nazi assault on German Jews known as Kristallnacht, Walt Disney gave Hitler’s personal filmmaker, Leni Riefenstahl, a tour of his studio. Riefenstahl offered to show Disney her depiction of the 1936 Berlin Olympics. Eventually, the Times reported, Disney turned down the German artist when he realized working with her might ruin his reputation.In his biography of Riefenstahl, author Steven Bach writes that upon her return to Germany, she thanked Disney for receiving her, saying it “was gratifying to learn how thoroughly proper Americans distance themselves from the smear campaigns of the Jews.” Lauren Iszo contributed to this report.