Nono is a Yes Yes 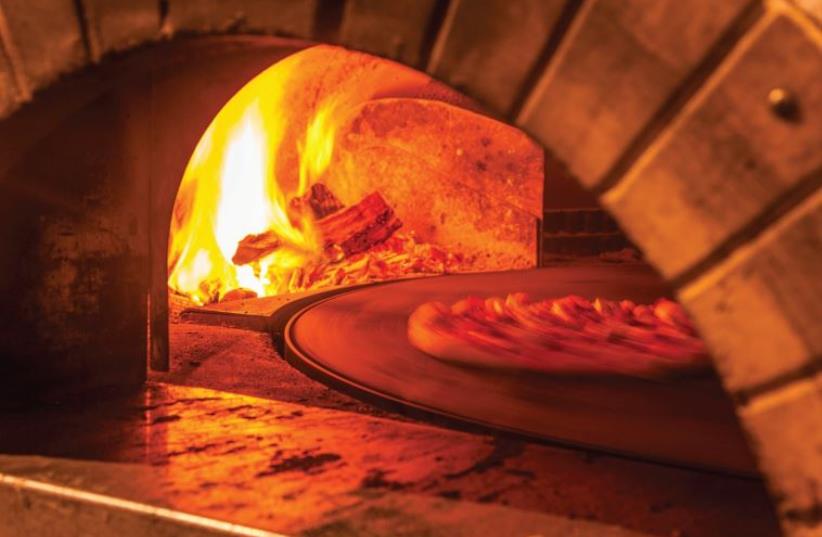 Nono Restaurant
(photo credit: PR)
Advertisement
At first glance, the location of Nono does not seem promising: tucked into the corner of a compound in the shadow of an imposing sports complex in Hod Hasharon. Immediately upon entering the Italian restaurant, however, one is impressed by a striking pair of stylish, wood-fired pizza ovens, with startlingly white exteriors.“We imported the ovens from Italy,” says co-owner Yaki Boneh. “And we fire them exclusively with citrus wood.”Nono’s attention to detail and quality control is a hallmark of the restaurant. Using flour also imported from Italy, the kitchen makes the pizza dough and all its pasta from scratch. The ice cream is made in-house as well. And even the house wine – Lewinsohn – is part of the proprietors’ family business. Hence, the tagline “Nono: Pizza – Gelato – Vino.”The restaurant is very family- friendly, although there are also romantic corners in the expansive al fresco area in the rear. There are good English menus, and our waitress spoke excellent English.Nono offers free tastes of its house wines, which are best saved for accompanying the food, since there is an intriguing cocktail menu featuring some creative drinks to start off with. We ordered the Sage Pineapple Daiquiri (NIS 42) – rum, pineapple, Campari, passion fruit and sage; and a drink called Mish- Mash (NIS 38), which is Campari with apricot nectar and orange juice. The former was a delicious blend of layers of complexity, while the latter was straightforward and refreshing.As an appetizer, we shared the crispy shrimp (NIS 54) in an artichoke cream sauce, garnished with a dollop of tomato salsa. The shrimp were plump and rather chewy, coated in a light, crunchy batter. Dredging them in the expertly seasoned sauce made us wish there were more than just four shrimp on the plate. We obviously wanted to sample Nono’s pizza. With a large selection falling into two categories – with tomato sauce or white sauce – the choice was not easy. Both varieties are available gluten-free as well.Enticed by the famous exotic ingredient, we could not resist the white truffle Alfredo pizza (NIS 69). The pizza, large enough to be shared by more than two, emerged from the oven with picture-perfect crust, topped with an Alfredo sauce augmented with mozzarella, Parmesan and Gouda cheeses, as well as thick slices of mushrooms and leaves of arugula. The Alfredo sauce, accented ever so subtly by the truffle, did not overpower the meaty mushrooms, making for a very satisfying pizza.Our pasta choice was a special of the day: ravioli stuffed with spinach and ricotta, with a cherry tomato confit and a ricotta-Parmesan-leek sauce (NIS 67). The pasta, which clearly tasted freshly made, was cooked to an exact al dente consistency. The only drawback, apart from a superfluous dusting of bread crumbs, was that the ravioli pockets should have been stuffed with more of the creamy vegetable-cheese mixture. The pizza and pasta were washed down nicely with the house red – a young, fruity Cabernet-Shiraz blend, available in half-liter and liter carafes (NIS 58/105). A salad was called for to offset the inherent heaviness of the doughy pizza/pasta dishes. The lentil salad, with peppers, herbs, basil, red onion and celery, was tossed in a yogurt-curry dressing along with fat chunks of feta cheese (NIS 43). It was huge – practically a meal in itself – and excellent. Judging from Nono’s emphasis on its five flavors of gelato and two of [gluten-free] sorbet, we expected dessert to be a simple concluding palate pleaser. But our waitress recommended their popular Reverse Cassata (NIS 36) – two giant scoops of mascarpone gelato sandwiched around a latticed sugar candy shell, drizzled with butterscotch sauce and topped with a generous sprinkling of crushed chocolate cookies mingled with dried cranberries. This inside-out creation is exactly the kind of finale for which the advice “Leave room for dessert” was coined. The other dessert menu item that caught our eye was the mozzarella kanafeh (NIS 38), which turned out to be a mini-loaf of sweetened mozzarella and brinza cheese wrapped in kadaif strands, alongside a mound of pralines. A worthy rival to any pastry you would find in the Arab sector, it would not be an exaggeration to say that this outstanding combination, like the one above, was simply mind-blowing. The writer was a guest of the restaurant.Nono Not kosher 2 Jabotinsky St., Hod Hasharon Tel: (09) 835-3600