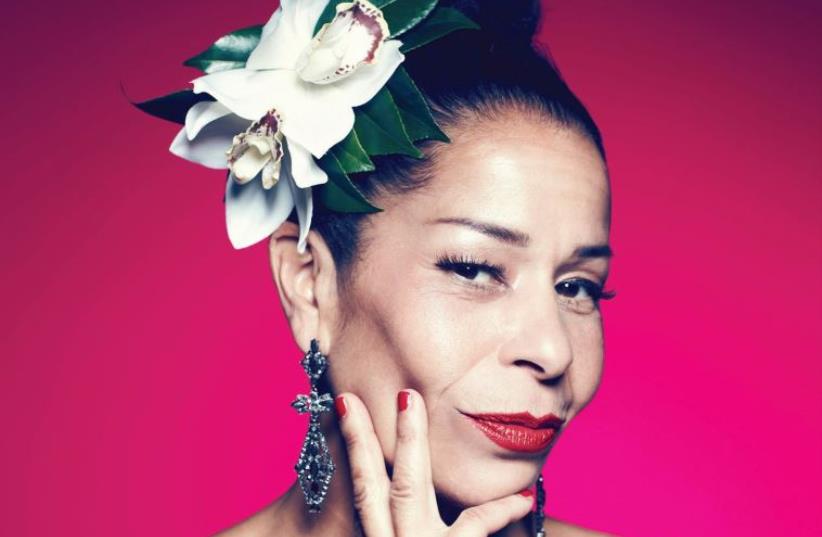 Jazz singer Molly Johnson
(photo credit: PR)
Advertisement
FILMS 1 INGRAINED IMAGES
Louder Than Bombs is a drama about a widower and his two sons who confront their feelings and memories of their wife and mother, a well-known war photographer.Three years after her untimely death, the preparation of an exhibition celebrating her work brings the three men together for the first time in years.With Jesse Eisenberg, Gabriel Byrne, Isabelle Huppert, David Strathairn.

DANCE 2 GEM QUALITY
Sally Anne Friedland’s dance piece Pnina, which means “precious stone,” relates to the many layers comprising it. Three young women, without a narrative, reinvent themselves on stage. By experiencing a stimulus, the dancers are inspired into hypnotic intensity, dissipate with humor and eventually are reconstituted into a gem.Saturday at 9 p.m. at the Suzanne Dellal Center in Tel Aviv. For tickets: (03) 510-5656; www.suzannedellal.org.il.

MUSIC 3 SWING PARTY
Young US jazz singer Brianna Thomas and Eyal Vilner’s big band combine forces for a swing party replete with Ella Fitzgerald songs composed by Count Basie. The Wall Street Journal described Thomas as someone “who might be the best traditional jazz singer of her generation.”

4 LOST CLASSICS
The Consortium Musicum is launching the Israeli premiere of Mozart’s Serenade for Winds in E flat major, directed by founder and clarinetist Rafi Bracha.The program also features works by Schumann, Schubert and Louis Spohr.Thursday (today) at 8:30 p.m. at the Ra’anana Music Center. For information and tickets: (09) 771-1330; www.raananamusic.com.

5 LADY SINGS THE BLUES
Canadian jazz singer Molly Johnson began performing in the 1960s when she was five. Her career encompasses songwriting, performances and a host of top awards. In Israel she will perform songs from her tribute album to Billie Holiday, Because of Billie, as well as original numbers.Friday at 10 p.m. at the Opera House in Tel Aviv. For tickets: www.israel-opera.co.il; (03) 692-7777.6 THE PIANO STUDENT
The Israel Conservatory of Music Auditorium is hosting a piano recital by Iddo Bar-Shai, one of the last students of Pnina Salzman, who has been credited with a successful career in Europe in the last decade. The current Berlin resident will present a program featuring works by Chopin, Couperin, Albéniz, Granados and Weissenberg.Friday at 11:30 a.m. at the Israel Conservatory of Music Auditorium in Tel Aviv. For tickets: (03) 546-6228; www.icm.org.il.7 ART DUAL ENCOUNTER The Annual Exhibition of the Ceramic Artists Association hosts the exhibition “Proximity Search,” an encounter between two art forms – ceramics and photography – created through a mutual process in which the latter responds to the former.The exhibition consists of works by 60 artists from both fields.

CHILDREN 8 SETTING THE STAGE The Israel Children’s Museum’s new interactive exhibition “Stories Told by the Street” focuses on art in the public urban zone. According to this art, space is the stage, and bystanders are the art consumers.Children will experience various fields such as plastic art, theater, multimedia and movement. There are courses for two age groups: ages 3 to 5 and 5 to 9.Until August 2016 at the Israel Children’s Museum in Holon. Open on Saturdays, holidays and Tuesday afternoons. For more information: (03) 650-3000; www.childrensmuseum.org.il.

MIXED BAG 9 THE STAR OF THE SHOE
The exhibition “Sneakers: Shoes in Retrospective Culture” examines the evolution of sneakers and how they reflect personal taste, individual expression and personal lifestyle. The shoes that were first made at the end of the 19th century for athletic purposes soon turned into a symbol of the West: hip hop artists, Steve Jobs, rock ’n’ roll stars all sported sneakers.Until through March 12 at Hachava, the Holon Farm Gallery. For more information: (03) 559-6590.

10 WONDER BLUES
Jerron “Blind Boy” Paxton will perform around the country, partly to participate in Tel Aviv’s blues festival.Paxton, who was born into a black- Jewish family, plays old-time blues. An expert on the banjo, harmonica, guitar, piano and fiddle, he was considered a wunderkind ever since he picked up the fiddle at the age of five.