Organic jazz at the Red Sea

Larry Goldings and his trio will perform at the festival in Eilat. 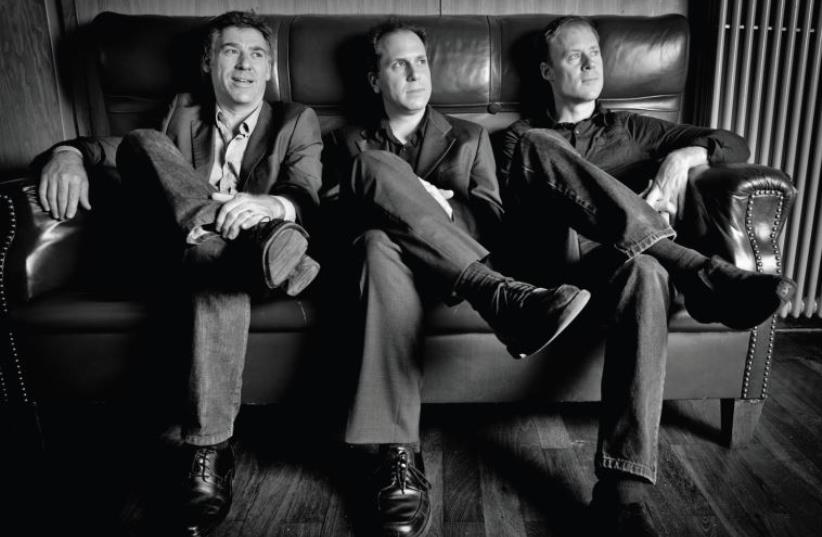 Larry Goldings
(photo credit: TILL BRONNER)
Advertisement
There are few more thrilling sounds in jazz than the lusty swirling textures produced by the Hammond organ. Patrons of next week’s Red Sea Jazz Festival in Eilat will have two chances to catch some of those sumptuous keyboard vibes when Larry Goldings takes the stage, together with his longstanding trio of guitarist Peter Bernstein and drummer Bill Stewart.Such is the nature of the economics of the jazz world these days that working bands that play on a regular basis over time are few and far between. The Keith Jarrett Trio, which has been around since 1983, is probably the longest-running extant jazz group, but Goldings, Bernstein and Stewart are not far behind in the longevity stakes.Goldings started out on classical piano but soon gravitated to more unfettered creative avenues of sonic expression.“I didn’t get very far with my classical studies,” recalls the 47-year-old Bostonian. “From the beginning, I was playing by ear. I was more interested in picking up things by ear. I was quite undisciplined.”Just three years into his musical path, Goldings got an opportunity to see what improvisation was all about.“When I was 12, I went to a music camp in Maine, and that was where I had my first real jazz piano teacher. I was already heading in that direction but picking up things just by ear. I was interested in harmony. That kind of started me off on the whole jazz thing,” he recounts.There were other, more commercial, energies that made their way into the teenager’s consciousness, and thereafter into his instrumental approach.“I was listening to other stuff, like pop music, and I was picking up ideas from people like pop-rock singer-songwriter Billy Joel. I was into all kinds of things in the late 1970s, early ‘80s,” he says.His jazz ante jumped a couple of notches at the age of 16 when he attended a jazz program at the Eastman School of Music in Rochester, New York.Running one’s eye over his bio one can’t help but conclude that Goldings has a gift for being in the right place at the right time. He benefited from the unparalleled teaching skills of jazz pianist Ran Blake, and even megastar Keith Jarrett was persuaded by Goldings’s enterprising father to share some of his vast artistic wisdom with the youngster.“It came about as a fluke,” Goldings remarks. “My father was traveling somewhere and saw that Keith was playing in town and guessed which hotel he was staying at. He called him, and that’s how I managed to get a few lessons with Keith. We went to his house in New Jersey. It was very overwhelming for me, but something I won’t forget,” he says.The next stop on his musical evolutionary process was the New School in New York, where saxophonist Arnie Lawrence, who later made aliya and transformed the jazz scene here, was starting a new jazz program.“Arnie was amazing,” says Goldings. “He helped me so much. He helped me get gigs and introduced me to different people.”Goldings’s stellar roster of mentors also includes feted pianists Jaki Byard and Fred Hersch, and he got yet another lucky break when iconic pianist Roland Hanna invited him to accompany him to a three-day private jazz party in Copenhagen. While there, Goldings got to meet, and even to play with, a whole bunch of greats from a generation or two before him, such as vocalist Sarah Vaughan, pianist Tommy Flanagan and reedman James Moody. That must have been quite an experience for a 20-year-old finding his feet in the wild and woolly jazz world.“That was quite inspiring, and I got a lot of compliments,” Goldings says. “It was very rewarding.”Back in the Big Apple, Lawrence got the young student a berth at a regular jazz session at the noted Village Gate music venue in Greenwich Village.“I sort of led that for a year or so, and that led to a lot of things,” notes Goldings. “Arnie just helped me dive right into the scene.”Goldings’s introduction to the wonders of the organ happened, like most things in his career, serendipitously. A drummer named Leon Parker had a regular gig at a little venue by the name of Augie’s Jazz Bar on New York’s Upper West Side. One day Parker’s bass player failed to turn up, and Parker asked Goldings if he could fill in on keyboards. That led Goldings neatly on to organ, on which he could lay down lines of various ilks.“I eventually got my hands on a better instrument, a double-tier organ, and I became obsessed with the organ,” he says.The Augie’s spot also led to the formation of the trio.“I ended up having a regular couple of nights a week there at least, with Bill Stewart and Peter Bernstein. That’s how the trio evolved. We started playing other clubs around New York. That all started around 1989,” he recalls.Over the years, the threesome has put out about a dozen albums – the latest being the 2014 record Ramshackle Serenade – and the band has very much evolved as a leaderless, or triad-led, unit.Goldings also mixes it with an eclectic array of musicians across wide swathes of musical endeavor, including pop, R&B and Brazilian music. He often performs with iconic singer-songwriter James Taylor, too.“I almost died when I got the call to play on a record of his. He was one of the people I idolized when I was younger,” he says.Goldings doesn’t see his forays into more commercial – and far better paying – climes as selling out.“If it is something that does something for me emotionally, I don’t mind shutting off my jazz ears,” he admits.All this musical meandering, says Goldings, also helps to keep him on his toes.“It keeps my musical ears fresh. And, anyway, there are no barriers to music,” he says.