Out of the box

From Woody Allen to killer robots, here’s everything you need to know about some highly anticipated new TV series. 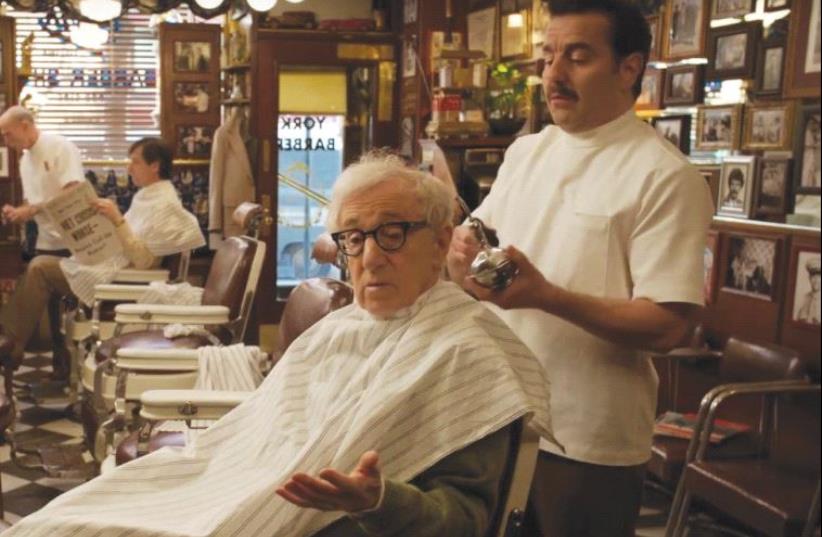 WOODY ALLEN makes his first foray into streaming TV with the Amazon series ‘Crisis in Six Scenes.’
(photo credit: COLLIDER)
Advertisement
We really are in the golden age of television.Everywhere you look, there’s great TV to be enjoyed. But in case you’re a little overwhelmed by the dozens of new shows that will be coming on stream in the US over the next few months and shortly hereafter in Israel on YES and HOT, here’s my pick of the crop.‘Crisis in Six Scenes’ Legendary filmmaker Woody Allen makes his first foray into streaming TV with the Amazon series Crisis in Six Scenes.In true Woody Allen fashion, he wrote, directed and starred in the new show that takes place in the 1960s during turbulent times in the US, when a middle-class suburban family is visited by a guest who turns their household completely upside down In a May 2015 interview with the Hollywood Reporter, Allen said that progress on the series had been “very, very difficult” and that he had “regretted every second since I said OK.” Allen said of the series, “I thought, I’ll sandwich this in between two films and knock it off. What’s the big deal? It’s television. But over the years, television has made enormous strides, and wonderful things are being done on television. And I found as soon as I started to get into the project, I couldn’t bring myself to slough it off because this is not television of 50 years ago, where every silly thing was acceptable.”Along with Allen, Crisis in Six Scenes features Miley Cyrus, Elaine May, Rachel Brosnahan, John Magaro, Michael Rapaport, Margaret Ladd, David Harbour, Joy Behar, Lewis Black and Rebecca Schull.

Crisis in Six Scenes premieres in the US on September 30 and, as Allen has confirmed, will consist of only one season.‘Westworld’ After the low ratings and bad reviews for the $100 million series Vinyl, HBO is in desperate need of another cultural smash other than Game of Thrones. The network is most likely hedging all bets on the upcoming small screen remake of Westworld. Based on the 1973 film written and directed by Michael Crichton, Westworld looks at the very dark repercussions of a futuristic theme park where visitors can play gunslingers in an artificial Wild West populated by robot-like humans called hosts. An infection among the androids causes them to go berserk, causing disaster.Some of the excitement around the series comes from the cast, which includes Anthony Hopkins, Ed Harris, Evan Rachel Wood, James Marsden, Thandie Newton and Jeffrey Wright. The series is created by Jonathan Nolan (the younger brother of The Dark Knight and Inception filmmaker Christopher Nolan) and his wife, Lisa Joy.

Westworld premieres in the US on October 2.‘The Crown’ Netflix’s new historical drama The Crown is hoping to fill the void Downton Abbey left behind. Notable for being Netflix’s most expensive drama to date, and its first to be made in the UK, The Crown will explore the first decade of the reign of Queen Elizabeth II from 1952 as she takes on the mantle of queen and has to learn to work with prime minister Winston Churchill.Claire Foy, who previously played Anne Boleyn in Wolf Hall, stars as Queen Elizabeth, while Doctor Who’s Matt Smith plays Prince Philip. Other stars include John Lithgow as Churchill and Vanessa Kirby as Elizabeth’s sister, Princess Margaret.The series was created and written by Peter Morgan, who earned an Oscar nomination for his original screenplay The Queen, starring Helen Mirren as Queen Elizabeth II. Mirren reprised the role for the stage production of The Audience.In a recent interview with The Daily Mail, Morgan said that “The royals are aware of the show. There is a sense that they are both very, very nervous and very, very excited. I think they don’t like not having control, but I think they also understand that dealing with this subject matter with some degree of respect, you know, even objective scrutiny is a rare thing.”All 10 episodes of The Crown’s first season will be available to stream beginning on November 4.

‘Divorce’ More than a decade after Sex and the City concluded its run, actress Sarah Jessica Parker is making her return to series TV and HBO with the new comedy Divorce. In the show, she plays Frances, a woman who begins to reassess her life and her marriage and finds that making a clean break and a fresh start is harder than she thought. Thomas Haden Church plays her husband, Robert. The series co-stars Molly Shannon, Talia Balsam and Tracy Letts.In a recent Marie Claire interview, Parker quashed the theory that the new show is a spin-off of Sex and the City: “I love the way the pilot episode opens because everyone’s asking, ‘Oh, is this a spin-off of Sex and the City?’ And the moment that the opening scene ends and you see her give him [Robert] the finger, you know it’s very different.”

Divorce premieres in the US on October 9.