Pinning her life on dance 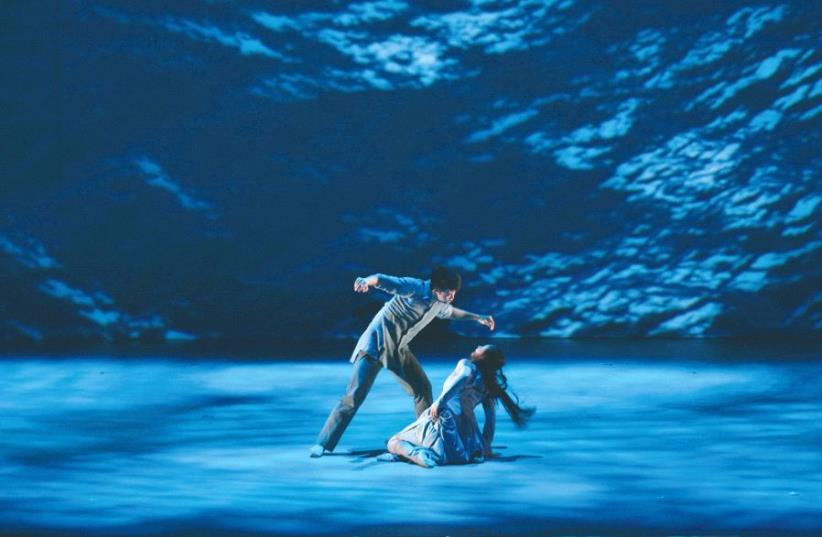 Choreographer Yabin Wang reinterprets the novel ‘The Moon Opera’
(photo credit: ZHANG XIAOLEI)
Advertisement
In Yabin Wang’s eyes, each person must decide “on what to pin their life.” For some, it is work, for others love and family.“I pin my life on the art of dance,” says Wang.Next month, the Chinese actress, dancer, choreographer and superstar will come to Israel to present her interpretation of The Moon Opera, a novel by Chinese author Bi Feiyu.“In dance, I see constantly the pain of life, which is something you learn about through dancing; how to endure life when it’s painful, such as at the time you have lost something or someone you love,” she says.Wang was drawn to The Moon Opera, she explains, because it revolves around that idea.“Adapting The Moon Opera to dance has been my dream for many years, not only because of the engrossing nature of Bi Feiyu’s novel but also because in it, I have discovered the central theme of where to pin one’s life, a question upon which, I believe, everyone should ponder. In the novel/ballet, Xiao Yanqiu pinned her life on Qing Yi, a theatrical female figure performed by a male or female usually costumed in black,” she says.Dance has been the organizing principle of Wang’s life ever since she can remember. Born and raised in Tianjin, China, Wang found herself in dance classes from an early age.“I was exposed to dance classes in my hometown. My parents took me to join a class given by Madame Li Hua, a famous dancer herself when she was young. She taught us Indian dance, ethnic dance and folk dance. I was fascinated and amazed because all the kids enjoyed taking her classes. To me, learning different dances was like walking into different worlds of different nationalities, like traveling to different countries. It’s the variety of dance that impressed me as a child, eager to learn about the outside world,” she recounts.Recognizing her talent, Wang’s parents enrolled her in the Beijing Dance Academy. Not long after, she began to receive solo roles in the students’ performances.“I knew then that I was going to be a dancer and an artist,” she says.The curriculum included classical Chinese dance, as well as ballet technique and contemporary training. It was in the latter that Wang found her freedom.“I really felt that modern and contemporary dance gave me the most leverage to express my movement and creativity,” she says.In 2009, Wang founded the Beijing-based studio Yabin & Her Friends. She has created a handful of evening-length productions since, which have toured extensively and received rave reviews. In addition, she plays the lead character in the Chinese TV soap opera The Love Story of the Village and was featured in Zhang Yimou’s film House of Flying Daggers.As a choreographer, Wang is drawn to stories of great women.Last year, she choreographed a version of the Greek tragedy Medea for the English National Ballet. The piece was presented as part of an evening at Sadler’s Wells entitled She Said, which also featured works by Aszure Barton and Annabelle Lopez Ochoa.“I like the history of Chinese and Western civilizations, and I love to read books and hear stories about people. I want to express the characters I have encountered and their feelings in dance,” she says.For The Moon Opera, Wang called on a team of collaborators to bring her vision to life.“This production is a collaboration with costume designer Kimi Nakano, who designed Akram Khan’s iTMoi, and set designer Matt Deely, who designed sets for the London Olympics. The outcome is the result of digestion by the creative teams of lots of material and the study of the plots of the story. The aim is to break through the traditional esthetic way of observing the evolution of the story and characters involved. Instead of presenting a linear development of the story, the dance work tends to abstract the points the story makes through movements and formation of the bodies of the dancers, stage sets, lighting and music. All of this is done to simplify the narrative side of the presentation, projecting a multi-dimension space and presenting the changes happening to the characters in the story,” she says.‘The Moon Opera’ will be performed on June 8 and 9 at the Tel Aviv Performing Arts Center.