"I’m really curious as to what it will be like," vocalist Megan James says on the group's upcoming Tel Aviv gig. 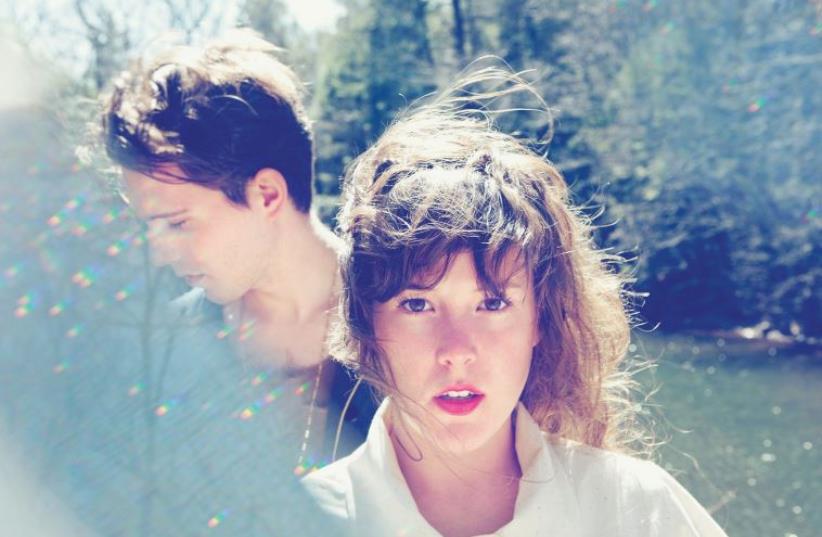 What’s your music background? I went to church when I was a kid, and was always involved in choir and playing the organ. So I’ve always done music.How did you and Corin come to form Purity Ring? Corin and I met in Edmonton (Alberta) through a band called Gobble Gobble (they’re now called Born Gold). We both played in the live band when they toured. So we met doing that. I actually only played on the first tour because then I moved away. But Coran started producing while on the road, and he asked me if I wanted to sing. We released the first song, “Ungirthed,” and it did really well. So we thought, okay let’s do more. That’s when the band started in 2010.I read that you usually use written work that was not intended for the public for many of your song lyrics. What’s your inspiration when you’re writing lyrics and in what ways does it come to you?I’m really just writing in my journal, so I’m not necessarily thinking that I’m going to put it into a song. I often sing whenever I’m doing other things like sewing or walking and that turns up in my journal. So in that sense, it’s not necessarily intended for the public. It feels very natural that I put them to these songs; it was perchance, but also kind of wonderful the way that Coran’s tracks and the things I had already written went together.Most of the time, I would just flip through pages and think, “oh this works.” I would put the whole thing, unabridged, to a track. This was for Shrines. Another Eternity had a lot more conversations and writing work, and focus on parts. Shrines was literally stream of consciousness.It was very strange and cool.What texture and color would your music be? I think a lot of it is land and bodies. I have an obsession with skin and metaphors of internal things.What’s your favorite part of the whole creative process?There’s a part in the middle of writing a song, where you’ve written it but it’s not done, and you have to add all the details. That feeling when you write a really good chorus. Or when you’ve just finished a whole song, and you think, “Whoa, I just made something that I think is really great.” It’s exciting because it doesn’t matter what people will say or think when it’s released because it’s exactly what you wanted to make.That’s the best feeling. I think that’s why people make anything; for that feeling. I hope anyway.Which song do you feel most personally connected to?It changes a lot because, like I said, a lot of them are straight out of my journal. So, at different phases, I’ll end up going back to that. Mostly because I’m singing it every day, so I’ll end up thinking about it. Right now, it’s “Push Pull” because I’m revisiting the places that it’s about. That song is about when I left Halifax, which was about three years ago. We just played a show there a few weeks ago, and that was the first time I’d been back. I realized that the song was about Halifax, and I hadn’t realized that. I was able to think about how it’s changed and where I am now, which was kind of interesting.When you first started making music, what kind of people did you imagine would be attracted to it, and are you ever surprised by your fanbase?I’m always surprised. I thought the only people who were going to like it would be my friends. With this current tour that we’ve been doing in Europe, there have been a lot of middle aged couples. The scene has been odd. I’m surprised by older people coming to the shows, mostly because I feel like concerts are something for younger people. I’m also surprised by younger kids at our shows, which also exciting. That’s a less judgmental audience, so that’s really sweet. There’s diversity that I never expected in our audiences, and I always want more.Who are you listening to right now? The last record I listened to was the new Grimes, and I think it’s a really great piece of work. I’m really impressed by it. I also want to listen to the new Peaches.There’s a lot of Drake playing on the tour bus now.

Can you talk about your upcoming show in Tel Aviv?I’m really curious as to what it will be like. I’m excited to eat a lot of hummus! We’re spending a few extra days, so I’m excited for a vacation. I’m always a little bit worried about playing shows in places that I’ve never been before because I have no idea what it’s going to be like, or how many people might come. I have no idea if Purity Ring has a big Israeli fan base, so we’ll see.
Advertisement
Subscribe for our daily newsletter