So what are you bringing to the table specifically? I’m filling a void that nobody else is really filling right now. 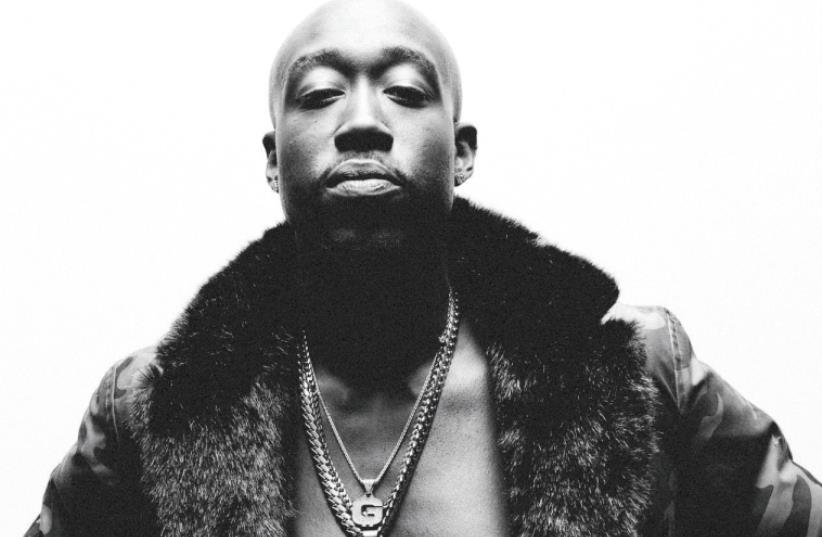 Rapper Freddie Gibbs
(photo credit: Courtesy)
Advertisement
Freddie Gibbs might not be a household name yet, but among hardcore rap enthusiasts, Gangsta Gibbs, as he is sometimes known, crashed onto the scene as a breath of fresh air in 2009. Gibbs has since released three studio albums and a deluge of mix tapes and collaborations with other artists. His most celebrated work to date was 2014’s Piñata; produced by indie hip hop legend Madlib. It’s not often that Israel plays host to American rappers, but on May 23 Gibbs will perform at the Barby Club in Tel Aviv. Gibbs sat down with The Jerusalem Post to talk about the evolution of hip hop, collaborating with Drake, and of course, Kenny G.What was it like growing up in Indiana? It was cool, but the weather was cold every day definitely. Gary is a really impoverished town; it’s in industrial decay. There’s low employment and things of that nature.What was the music scene like there?There wasn’t a music scene. You’re talking to the music scene from Gary! So who did you grow up listening to? Scarface, Jay-Z, Nas, Ice Cube, NWA, and people like that. I like that old-school stuff, but it’s not what’s hot anymore. It is what it is, but I like a lot of the new stuff too in hip hop. There are certain things that are classic though, and they are hot forever. That’s what every artist, no matter which genre they’re in, that’s what we’re all trying to do. We’re trying to make classic music.How does hip hop now compare to the hip hop you grew up with?It’s totally different, but it’s supposed to be different. Everything evolves. Like basketball for example; that game has evolved. The guys today aren’t playing like Larry Bird and Magic Johnson did back in the day. Everything has to change to move forward.So what are you bringing to the table specifically? I’m filling a void that nobody else is really filling right now.The gangsta rap lane is wide open; ain’t too many guys doing that now. There was Rick Ross and Young Jeezy, but they had their time. I think that spot is opening up for me and all I have to do is step in there and fill it.Who are your dream collaborations? Drake because he’s probably the best rapper and I want to work with the best.What are the best and the worst things about being a rapper today? The best thing is the money. The worst thing is probably the unwanted attention. But that’s what you get in the game for, so you just have to deal with that. I try not to look at anything as negative; I look at all of it as positive. I could be doing something else like bagging groceries and I’d be wishing I was rapping.Is your show in Tel Aviv the first time that you’ll be coming to Israel? Yeah I never thought that I’d go to Israel for anything! The fact that they want me to come for a show is crazy. I didn’t know that they listened to my music there, so it was a shock to me. I thought maybe someone was trying to pull a prank on me. But I definitely want to go see that part of the world, and I’ll have a couple of days to explore. I want to see everything there is to see, I can’t wait.What will your set be like for the Tel Aviv show?It’s all spontaneous. I don’t ever really plan my sets, I just get out there and feel the energy of the crowd.That’s the way to do it for me. I just feel it and the crowd and I connect in that way.Do you know any Israeli music? Michael Bolton and Kenny G are about all I know.They’re not Israeli.But aren’t they Jewish? They are Jewish yes, but that doesn’t make them Israeli.Okay well, that’s all I got. It’s funny that so many American Jewish artists do Christmas albums.What’s next for you?After Tel Aviv, I’m touring all over Europe: Germany, France and Amsterdam. Other than that, I’m trying to grow into being a better rapper every day. I want to do more tours and more projects. A hidden passion of mine is film, so I’d like to start getting into some film projects and flex my acting muscles.