By DANIEL K. EISENBUD
SEPTEMBER 3, 2015 13:04
Rare 1,800-year-old sarcophagus discovered in Ashkelon
Advertisement
A rare 1,800-year-old stone sarcophagus found by construction workers at a building site in the coastal city of Ashkelon has been appropriated by the Antiquities Authority after the workers reportedly damaged the relic and concealed its discovery to ensure that work at the site would not be delayed.The authority announced on Thursday that the valuable, ornately decorated stone tomb was seized by the authority’s Unit for the Prevention of Antiquities Robbery on Wednesday, in coordination with detectives from the Ashkelon Police.“This is one of the rarest sarcophagi ever discovered in Israel,” the authority said.“They [the construction workers] decided to hide it, pulled it out of the ground with a tractor, while aggressively damaging it, concealed it beneath a stack of sheet metal and boards and poured a concrete floor in the lot so as to conceal any evidence of the existence of the antiquities site.”The coffin, which is made of hard limestone, weighs 2 tons, is 2.5-meters long, and is sculpted on all sides, with a lifesized figure of a person carved on its lid, the authority said.Dr. Gabi Mazor, a retired archeologist from the authority and an expert on classical periods, said one side of the sarcophagus lid is adorned with the carved image of a man leaning on his left arm.“He is wearing a shortsleeved shirt decorated with embroidery on the front,” said Mazor. “A tunic is wrapped around his waist. The figure’s eyes were apparently inlaid with precious stones that have disappeared, and the hair is arranged in curls in a typical Roman hairstyle.”“On the other side of the lid is a carved relief of a metal amphora [a vessel used for transporting liquids such as wine] from which there are intertwining tendrils bearing grape clusters and grape leaves,” he added.Although Mazor lamented that irreparable damage was caused to the relic by the construction workers at the work site, he said many of the elaborate carvings on it were still intact.“The sarcophagus itself, which was more severely damaged by the tractor, is decorated with, among other things, wreaths and images of bulls’ heads, naked cupids, and the head of the monstrous female figure Medusa, which includes remains of hair together with snakes – part of a commonly held belief in the Roman period that she protects the deceased,” he said.According to Mazor, such sarcophagi were usually placed in, or next to, a family mausoleum.“The high level of decoration attested to the family’s affluence, which judging by the depicted motifs, was probably not Jewish,” he said.The Antiquities Authority’s Unit for the Prevention of Antiquities Robbery said that information about unlawful activities at the construction site led to a nighttime search on Wednesday, where five Palestinian construction workers from Hebron were found sleeping.All five men were subsequently detained for questioning, and a close examination of the area by inspectors revealed that the sarcophagus and its lid had been concealed by the workers.“During the investigation of the laborers at the Ashkelon police station, it became clear that the sarcophagus was excavated last week,” the authority said.“When questioned, they showed the investigators photos and videos taken at the time of the sarcophagus’s discovery, and during its removal from the ground. Later that night, two building contractors who are residents of the city and were responsible for the construction work on the site were detained.”The contractors were questioned for not reporting an ancient discovery and for damaging an antiquities site and its artifacts, a crime that is punishable by up to five years imprisonment, the authority said.Amir Ganor, the Antiquities Authority’s Inspection Department head, said the violation constituted an “extremely serious case of damage to a rare antiquity of unprecedented artistic, historical and cultural importance.”Out of consideration for the owners of the lots, Ganor said the authority permitted building at the work site on the precondition that the workers would report any discovery of antiquities in the area immediately, and halt work until the arrival of an Antiquities Authority inspector.“The Antiquities Authority is attentive to the development needs and the needs of the public, but will strictly enforce the law against those who knowingly damage antiquities, which are assets belonging to us all,” said Ganor.“In this case, the building contractors chose to hide the rare artifact, and their action has caused painful damage to history.”“Legal proceedings are now being taken against those involved,” he added, “thereby leading to a delay in construction and related expenditures.”He noted that construction in ancient and historic cities such as Ashkelon must be undertaken with “transparency, openness and close cooperation between the property owners and the Antiquities Authority.”“Only in this way will the development of the city be possible, while protecting public assets for the common good,” he said.“The development of archeological resources in the city of Ashkelon and bringing the public into the city are now a major priority in the Antiquities Authorities work plan for the coming years.” 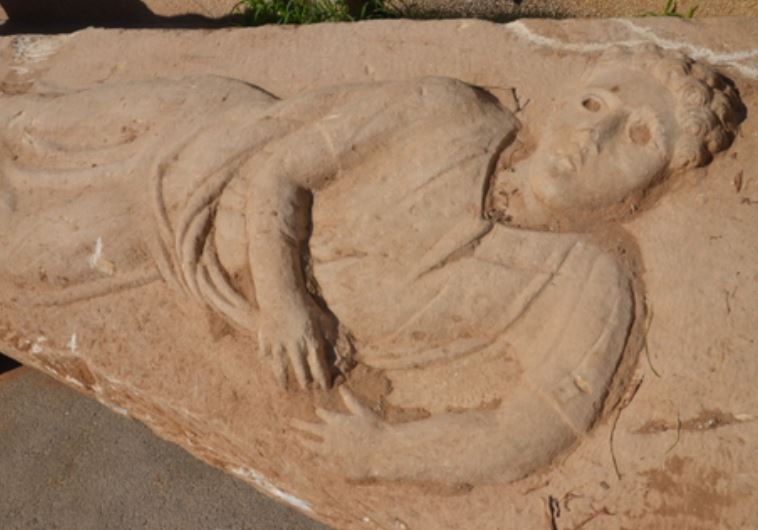