An Israeli remake of the smash British hit baking show is on the way. 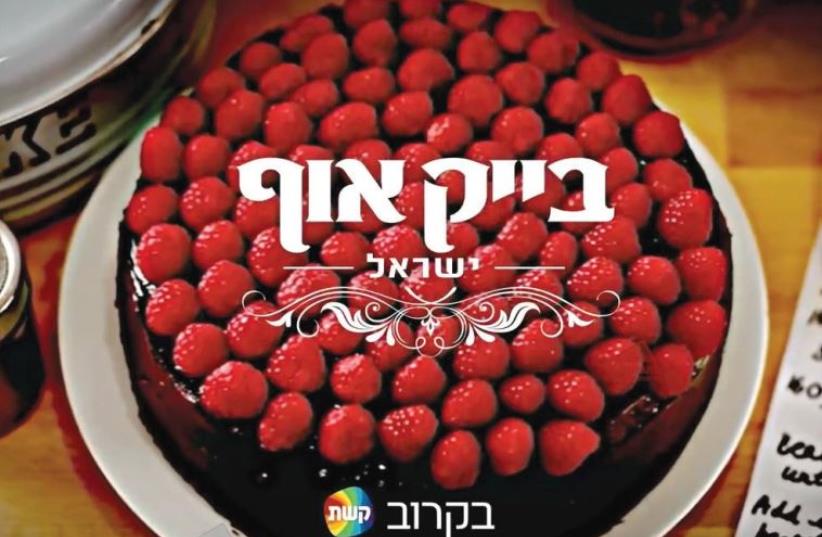 Bake-Off Israel.
(photo credit: Courtesy)
Advertisement
With clouds of flour in the air and streaks of chocolate on their aprons, a group of Israeli amateur bakers is coming to a small screen near you – set to impress with their confectionery creations.Based on the runaway hit and award-winning Great British Bake Off, the local spin-off Bake-Off Israel is premiering this Saturday night on Channel 2’s Keshet. Judges Carine Goren, a pastry chef and cookbook author; Oded Brenner, co-owner of the Max Brenner chocolate chain; and Ran Shmueli, a chef and restaurateur will be ranking and rating the cakes, pies, cookies and other towering creations throughout the season.The contestants – who will be competing in pairs – will be aided and guided as well by Aya Kremerman, a former TV host who took part in Master- Chef VIP, and nutritionist Paula Rosenberg.“I’m looking for someone who can tell a story” with their dessert, said Brenner in a promotional video for the show.“For me, food in general and confectionery in particular is all about telling stories.”Following the British format (the British show is set in the rural English countryside), the show was filmed in a large, airy tent on the banks of the Yarkon River in Tel Aviv.“Pairs of amateur bakers will be competing on the show – none of whom have yet turned their hobby into a profession,” wrote Goren on her Facebook page. “But every one of them lives and breathes the cuisine of pastry.”Since The Great British Bake Off began airing in the UK in 2010, it has become one of the country’s most popular shows, sparked remakes in more than 15 countries and is credited with spurring a renewed interest in home baking among Brits. According to a study, more than three-fifths of British adults baked at home at least once in 2013, compared to only a third in 2011. The largest local kitchenware chain also reported its annual profits rose by a third since 2010 and baking sales jumped 42 percent.

So with the Israeli version coming to screens this weekend, things could be getting a little sweeter in the Holy Land.The premiere of Bake-Off Israel is airing at 9:15pm on Channel 2 this Saturday night.
Advertisement
Subscribe for our daily newsletter