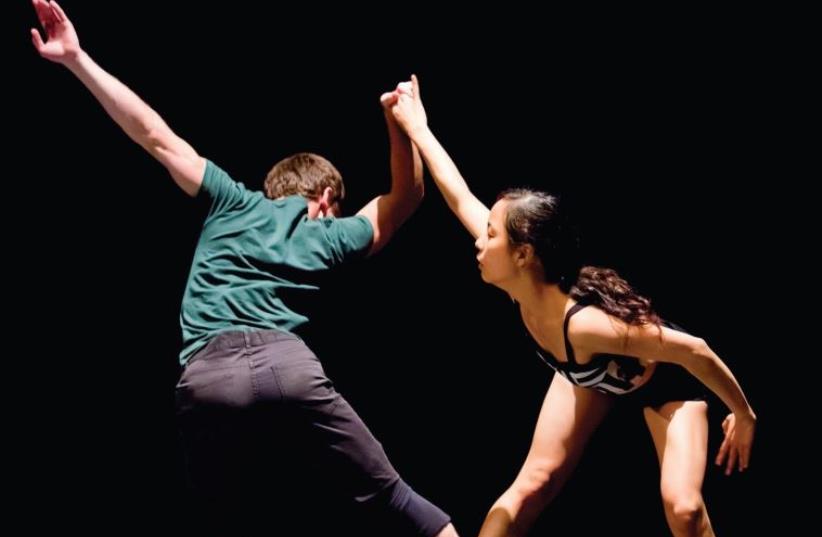 Jerusalem Dance Theater
(photo credit: KFIR BOLUTIN)
Advertisement
Thirty years ago, when the Jerusalem Dance Theater (JDT) was founded, Israeli dance was in a very different place. Struggling to define itself against a backdrop of European and North American influences, the local esthetic was comprised largely of repertoire crafted by foreigners. Through this hodgepodge of outside voices, a community of Israeli dancers emerged, bringing the urgency of this climate, people and culture to the forefront of stages. Repertory companies were replaced by troupes dedicated to the singular vision of an artistic director. Three decades later, the Israeli community has come to lead the international arena, and the place of the repertory company has returned to its past relevance.At the helm of JDT, choreographer Lior Lev is a big fan of incorporating multiple voices into the stream of a dance company. Next week, at the anniversary gala performance of JDT, Lev will present a program that was woven from the works of eight choreographers, emerging and established. The evening will feature short pieces by American choreographer Francesca Harper, Eyal Nahum, Eyal Dadon, Professor Neta Pulvermacher, Liat Waysbort, Tamara Mielnik, Ohad Naharin and Lev.“In the past, there were very few professional dance companies in the country. You could count them on one hand,” says Lev.“They hosted mostly choreographers from Europe and the US. Today, most companies create their own work. In the past 30 years there have been so many developments in the dance scene, which gave young and unknown choreographers a chance to create and present their works in various platforms all over the country. This process led to an inflation of creativity, which is good and bad.You discover new creators coming up with amazing ideas and, at the same time, very unprofessional productions that get pushed forward without really having earned their reputation.”Lev was born and raised in Israel.He began his career with the Bat Dor Dance Company before relocating to Europe. There, he performed with Scapino Ballet in Rotterdam and Stuttgart Ballet in Germany. As a choreographer, Lev has presented works across Europe, North America, Asia and Israel. In 2012, he succeeded Tamara Mielnik as artistic director of Jerusalem Dance Theater.Part of the makeover he gave the eight-dancer company included exposing the artists and audience base to new movement languages and esthetics.“We have to navigate a fastgrowing dance scene in Israel. The company needs to adapt and work in reference to what the market demands on all levels. This means keeping my finger on the pulse at every given moment,” he says.His favorite part of the job, he divulges, is his time in the studio with the dancers.“There are big challenges that I am currently facing in the real world. My studio work I can’t call ‘work,’ as it is full of fun and growth. I am inspired by everything that surrounds me. It can be the smile of my newborn child, the green fields of springtime in the Negev or a new music score I just heard by chance at a bar in Jerusalem. It can also be a wonderful unexpected movement or a moment in space created by the dancers,” he says.For the gala evening, Lev decided to include Step Count, which he created for JDT in 2011. The piece was inspired by the sights and sounds of the city, as well as his interaction with the dancers.What the future holds, Lev explains, is a deeper connection between JDT and the surrounding community.“We want to continue hosting and presenting cutting-edge choreographers and artistic works with deep meaning. I wish for the company to grow its audience base and to hold a place as an influential artistic organization in Israel,” he says.

Jerusalem Dance Theater will celebrate its 30th anniversary on April 12 at the Gerard Behar Center in Jerusalem. For more information, visit www.jdtcom.com.
Advertisement
Subscribe for our daily newsletter