Keton serves up haimishe food in the best Ashkenazi tradition. 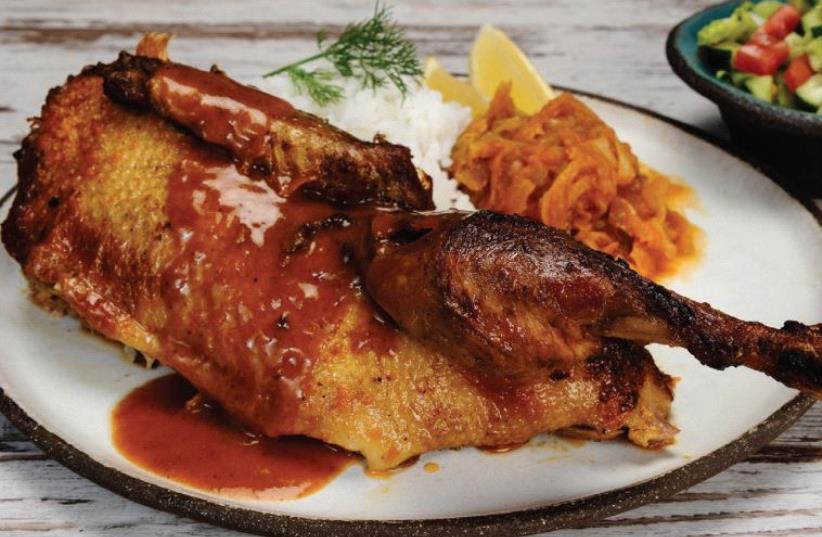 Keton
(photo credit: PR)
Advertisement
Keton is a Tel Aviv institution with a history few Israeli restaurants can match.Founded in 1945, it recently celebrated its 70th anniversary, a milestone that is reflected in the eatery’s distinctive wallpaper, replicating the inscriptions and autographs of a veritable who’s who of artists, actors and statesmen, ranging from Arthur Rubinstein to Ephraim Katzir. The restaurant even owes its name to former neighbor and regular customer Alexander Penn.The family-owned bistro is now in its third generation, with a chef who has worked there for decades, training under the original owner.Interestingly, even though the menu comprises the most traditional of Eastern European Jewish food, the restaurant was never kosher, as it was always open on Shabbat.Indeed, reading the menu is like taking a trip down memory lane, back to the kitchens of one’s mother or grandmother. And herein lies the dilemma that Keton faces: By serving the same dishes we may have grown up on, the restaurant cannot help but evoke comparisons with the home cooking we came to know and love – a test that few commercial establishments can ever hope to pass.That said, we were eager to try the dishes on the menu so familiar to us from our childhoods and yet so hard to find in contemporary urban restaurants. Most are listed under Starters and First Courses and can be sampled in the framework of a Tasting Platter: an assortment of four dishes for NIS 55.Of the ones we tried, we most enjoyed the chopped liver, which was served with crispy fried onions, and the kishke, a blander version than most, with a pale, smooth, creamy texture.A whole section of the menu is devoted to chicken soup in all its variations: with kneidlach, kreplach, rice or noodles. We were served the “large and colorful chicken soup” (NIS 45), which was chock-full of vegetables – zucchini, carrot and potato – along with tiny noodles and stir-fried strips of chicken leg. The soup was rich, hearty and satisfying, like a good bowl of chicken soup should be.For a main course, the owner strongly recommended Keton’s chicken schnitzel, a house specialty (NIS 62). The portion was huge, certainly large enough to share: two generous cutlets of white meat chicken, tender enough to cut with a fork, breaded and fried to golden perfection.Main courses come with a choice of two sides. The cholent was a thick, savory stew, redolent with tasty beef, while the mashed potatoes – topped with Keton’s trademark fried onions – were a buttery delight. Even the tzimmes – baby carrots and a smattering of raisins, sweetened (surprisingly) with maple syrup – was made with butter.There is a limited bar and no cocktails, and a selection of Israeli wines and imported and domestic beers. One beverage that caught our eye was “refreshing, cold borscht” (NIS 15) – and that is exactly what it turned out be. In fact, since the drink was enriched with sour cream, it tasted like a beet milkshake.Lokshen kugel is certainly a staple of any festive Ashkenazi meal; the Keton variant is sweet – studded with raisins and laced with cinnamon – and served as a dessert (NIS 29).Another dessert is authentic, excellent apple strudel (NIS 26), served with vanilla ice cream.Throughout our meal, people were streaming in to order takeaway, while our waitress was constantly fielding telephone requests for Rosh Hashana delicacies. Now that former restaurant neighbor Batya (more recently of Hahashmonaim Street) has closed, Keton is one of Tel Aviv’s last bastions of haimishe essen.The writer was a guest of the restaurant.Keton Jewish Bistro Not kosher 145 Dizengoff St., Tel Aviv Tel: 053-937-9307