Restaurants: Chinese with a French flair

La Missada serves all the Oriental dishes we’ve come to love, prepared by chefs from Shanghai. 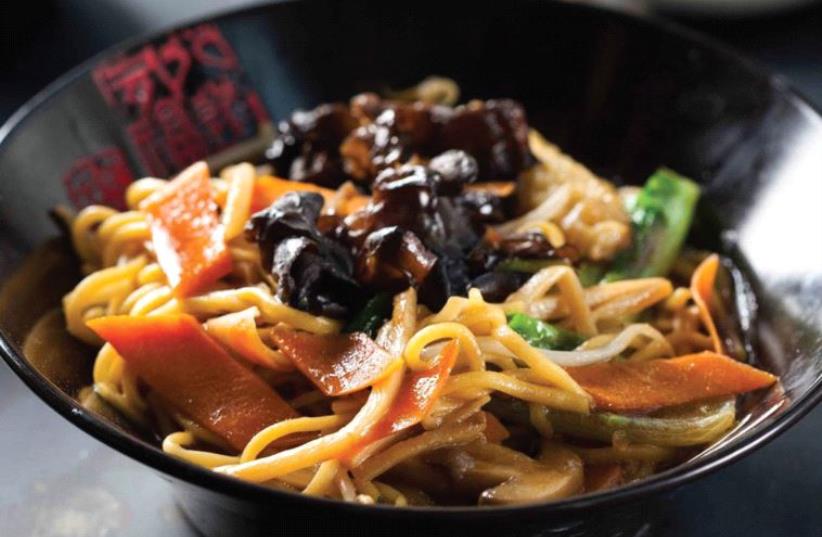 La Missada
(photo credit: PR)
Advertisement
Ra’anana boasts more than three dozen kosher restaurants and cafes. But for several years, there has been no Chinese eatery in the city, despite the affinity Jews have for Chinese food.Well, lovers of Oriental cuisine, the wait is over! La Missada has opened a bright and spacious establishment on Ra’anana’s main street Ahuza – in an area that has been dubbed “Restaurant Row” – featuring authentic Chinese favorites in a friendly, pleasant atmosphere, with dining inside or al fresco.La Missada’s story really begins in Paris, where proprietor Tony Lalloum, one of a long line of restaurateurs – his grandparents taught him the trade, his uncle owns a restaurant there – ran a successful Chinese restaurant in the City of Light’s 17th arrondissement. After serving fine food for 13 years, Tony was bitten by the Zionist bug and decided it was time to make aliya. Not only did he take his wife and three children with him, but he brought his culinary skills as well. Ra’anana seemed the perfect place to settle, with a growing French population and a penchant for eating out.La Missada serves all the Chinese dishes that we’ve come to love, lovingly prepared by the kitchen’s chefs from Shanghai.We began our meal with fan kao – steamed dim sum filled with chicken – as well as an imperial roll, which was filo dough stuffed with vegetables and beef. My dining partner then had the sour-spicy (Peking) soup, while I had the traditional won ton soup. Both were excellent.Selecting the main course was quite a challenge because there are 33 chicken, lamb, beef and fish dishes to choose from. The onion and ginger lamb, the sweet and sour chicken and the caramelized bream fillet all sounded quite tempting, but in the end I chose the Szechuan chicken – stir-fried slices of chicken breast with onions, peppers and vegetables in a spicy sauce. My partner decided on the pepper beef a la plancha, served sizzling in a black pepper sauce. Both of us opted for the garlic and egg rice to go along with the main.La Missada offers a fine selection of both Israeli and French wines. I had a glass of Galil Merlot, while my partner sipped a Chateau Maime 2015. Both complemented the meal perfectly.For dessert – not that there was much room left for it – we ordered nougat ice cream and caramelized pineapple, along with jasmine tea.The cost of the meal was approximately NIS 150 per person. La Missada offers a business lunch from noon to 3:30 p.m., starting at NIS 59.The writer was a guest of the restaurant.La Missada Kosher (Ra’anana Rabbinate) 77 Ahuza Street, Ra’ananaTel: (09) 779-9061