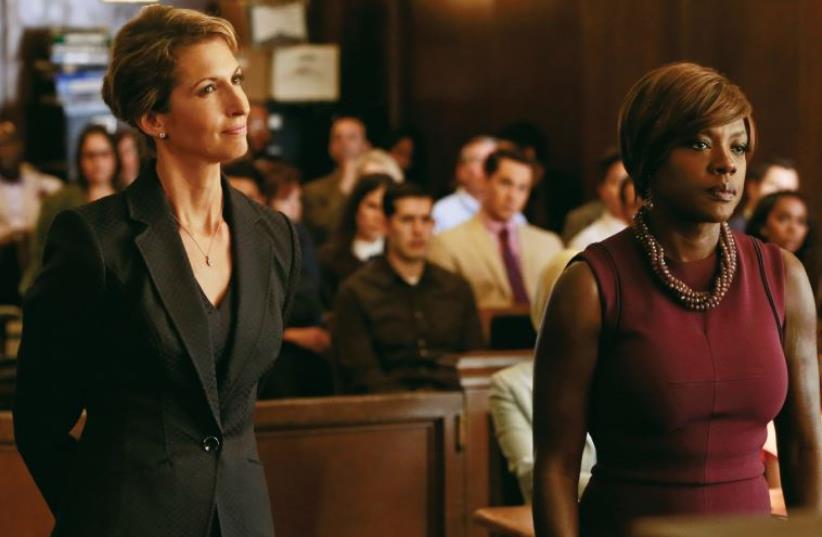 “10 days of movies that will make you think twice” TV series
(photo credit: PR)
Advertisement
As part of its 10th anniversary celebration, YES Docu, which consistently offers high-quality programming, is presenting a series called Docu-Conspiracy, billed as “10 days of movies that will make you think twice.”It kicks off on August 30 at 10 p.m. with Merchants of Doubt, Robert Kenner’s often wickedly funny but ultimately disturbing look at the pundits-for-hire who present themselves as scientific authorities who appear on television news programs speaking on such subjects as climate change, medicine and toxic chemicals. The director, who made the acclaimed documentary Food Inc., traces the activity of these so-called experts back to the days when tobacco companies claimed that nicotine was not addictive and looks at exactly who they are and, more importantly, who is paying them. The documentary will also be shown on YES VOD and will be repeated on September 4 at 9:30 p.m.You may be less inclined to enjoy The Yes Men Are Revolting, the latest film from prankster/activists Andy Bichlbaum and Mike Bonanno, who withdrew their film The Yes Men Fix the World from the 2009 Jerusalem Film Festival to honor the BDS movement. If you decide there are no hard feelings, then you may enjoy their latest, filled with elaborate attempts to make corporate executives and politicians look foolish – not the most ambitious or difficult goal in the world. It will air on August 31 at 10 p.m. and September 5 at 9:30 p.m., as well as on YES VOD.Marcus Vetter and Karin Steinberger’s The Forecaster takes a look at financier Martin Armstrong, who claimed to have figured out a formula to predict economic development and was later accused by the feds of running a Ponzi scheme. This film is less than riveting, unless you believe everything Armstrong has to say, which most economists certainly don’t. It’s airing on September 1 at 10 p.m. and on YES VOD.1971, a film by Johanna Hamilton, details how eight activists from Philadelphia broke into an FBI office and exposed COINTELPRO, an illegal FBI surveillance operation on citizens deemed threatening. They turned over the papers to several newspapers, but only The Washington Post investigated and wrote up the story. It’s an interesting counterpoint to Watergate and the Pentagon Papers scandals, but not nearly as well known. It will be shown September 6 at 10 p.m. and September 9 at 9:30 and will also be on YES VOD.Only die-hard Walking Dead fans will be won over by the long-awaited Fear the Walking Dead, which details the early days of the zombie apocalypse and is set in Los Angeles.It just premiered on AMC in the US and will be shown on YES Oh some time this fall. The characters are high school teachers and their families, which seems like a waste of a location — why couldn’t we have zombie movie stars? The series is slow-paced and bland, and it doesn’t begin to compare to the first two episodes of The Walking Dead’s first season, two of the most brilliantly done and terrifying hours in the history of television.

I’ve gotten a few emails over the years from readers who don’t understand why I enjoy The Walking Dead. Although it will probably never win (or even be nominated for) any Emmys (other than makeup and technical categories), the characters, acting and hair-raising tension are simply outstanding. As Linda Stasi, my former colleague at The New York Post, now a political columnist for The Daily News, wrote: “The human characters on The Walking Dead . . . each have such unexpected depths that I’m now as addicted to the show as a zombie is to flesh.”The Walking Dead returns on October 11, and the Emmys will be held on September 20.Many of the best shows will be returning with new seasons this fall.Among them is the addictive How to Get Away with Murder, starring Viola Davis as a professor at a prestigious university who, along with several students, gets involved in a murder.Its second season will begin on HOT 3 at 8:45 p.m. on September 28.