Saul in Israel, ‘Girls’ comes back, and Clint is terrorized. 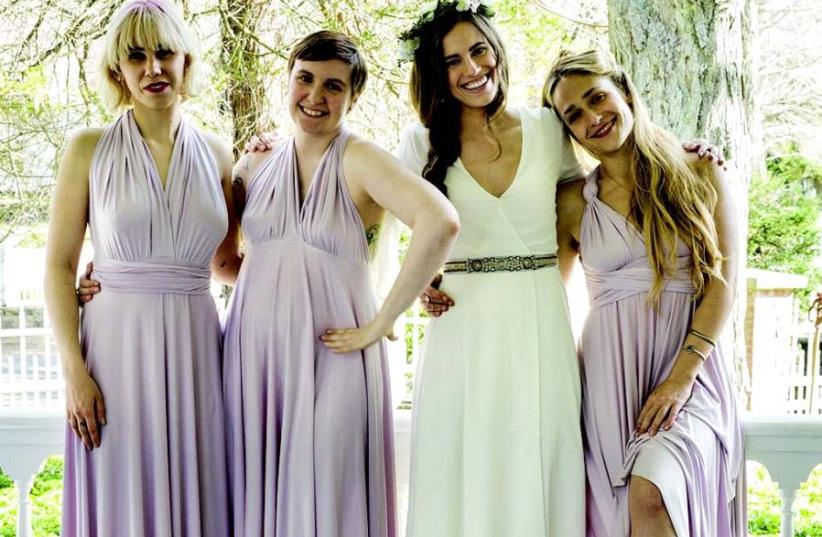 TV show 'Girls'
(photo credit: PR)
Advertisement
Saul Berenson has a sister who lives on the West Bank – who knew? That has been the biggest revelation so far in the relatively slow-paced sixth season of Homeland, which is airing on YES Oh on Mondays at 5 a.m. and 10 p.m., and on YES VOD. The show moved away from Brooklyn with this last episode, and into Israel, where Saul (Mandy Patinkin) goes to see his sister after working over a shady Iranian deal maker in Abu Dhabi, aided by Mossad operatives. None of his sister’s many children are home, but Saul flips through a photo album with her, and they reminisce about their childhood in Indiana, where they were one of a handful of Jewish families. But it’s Saul, and the tender reunion soon gives way to a cerebral argument about — what else? - Israel’s settlement policy and his sister’s embrace of it. They agree to disagree, and at the end of the episode, he sneaks off into the night, leaving open the possibility that there will be more Israeloriented action next week.It was a bit disappointing that Israel is played by Morocco, and it will be instantly clear to anyone who knows the country that it wasn’t filmed here (wood paneling is always a giveaway that it was shot abroad). The show, which is co-produced by the Israeli company Keshet Broadcasting (which created the Israeli show Prisoners of War, on which it was based), has filmed in Israel in the past, in one of the first seasons, in which, ironically, Jaffa stood in for Beirut. But since the war in 2014, when Keshet had two shows it was co-producing filming here, Dig! and Tyrant, and then moved them abroad, I don’t think any international television production has filmed here.The focus of this season is Carrie (Claire Danes), everyone’s favorite bi-polar former CIA agent, and her work in Brooklyn defending a young American Muslim accused of terrorism, and her attempts to help Quinn get his life back together. It has been low key so far, and many are speculating that the series is building up to a storyline about a major 9/11-style terror plot.Speaking of Brooklyn, Girls will be back soon for its sixth and final season, starting on February 13, on both HOT and YES, so if you need to refresh your memory about where everyone was at the end of the last season, which seems like a long time ago, now is your chance.Both networks have previous seasons available on VOD.Clint Eastwood’s Sully is his latest film as director, and it is currently available on HOT and YES, but you might be interested in seeing his first film as director, Play Misty for Me, which is showing on February 4 at 10:30 p.m. on HOT Prime.This 1971 film is a classic thriller, in which Eastwood stars as a late-night DJ in northern California.When a sexy listener (Jessica Walter, in an amazing performance) who always asks for a certain song shows up, he has what he thinks is a one-night stand with her, only to find himself harassed and stalked by her. This movie is so scary, it makes the similarly themed Fatal Attraction look like a Disney movie.It is arguably Eastwood’s finest film as a director and certainly as an actor. He has always been unafraid to play characters who are not likable, and this serves him well here. He’s just an ordinary guy who gives in to a fan and finds himself living in fear, not a bad ass who effortlessly slays his enemies as he has often played.Later in the month, both networks are celebrating the Oscars, which will be held on February 26, with programs of Oscar-winning films, including documentaries. Among these will be Amy, a documentary portrait of late singer Amy Winehouse, which will be shown on YES Docu and YES VOD starting February 26 – and not on HOT as I reported previously.