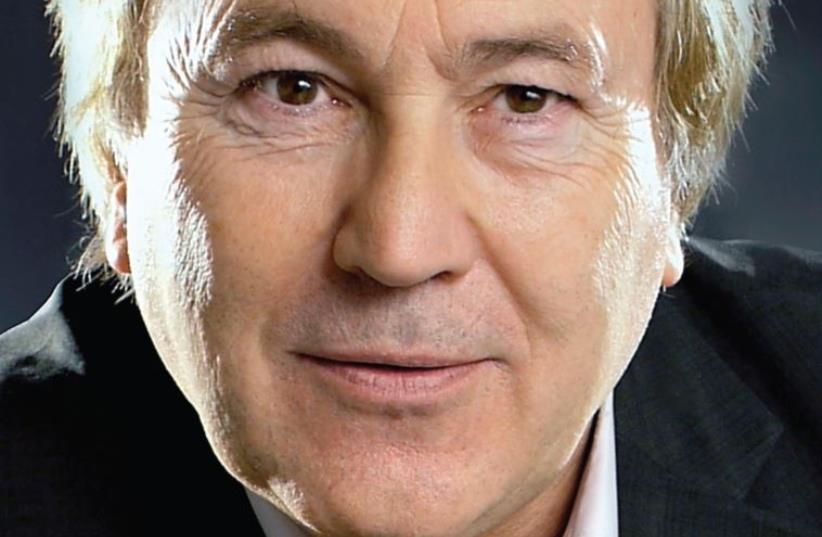 German conductor Frieder Bernius
(photo credit: PR)
Advertisement
The Rishon Lezion Symphony Orchestra opens its 2015-2016 season with concerts under the baton of German conductor Frieder Bernius, who is coming with his Kammerchor Stuttgart and soloists.The concert program includes Brahms’s A German Requiem, Op. 45; Mendelssohn’s Psalm 114 “When Israel Out of Egypt Came” for double chorus and orchestra, Op. 51; and Schubert’s Psalm 92 “A Song for the Sabbath,” D. 953. The concerts take place between September 5 and 8 in Rishon Lezion, Tel Aviv and Rehovot.When asked what he wants people to know about him as a musician, Bernius says, speaking on the phone from his home in Germany, “I want to bring emotions. When we talk about vocal music, it comes from both music and words. And that is why for this concert, in addition to Brahms’s monumental German Requiem, I chose pieces that somehow relate to Israel, namely, Psalms #114 by Mendelssohn and #92 by Schubert. I am very fond of Mendelssohn and have conducted most of his works. I wanted to share his emotions with Israel, which he expressed in this psalm.”In regard to the major piece of the concert, Bernius explains that “The German Requiem is an early Brahms piece, not that of the period of his Third Symphony. It is less about passion and more about comfort: ‘Blessed are those…’ and so on. It is very expressive but not in a late Romantic way, and I want to see how it works with the Rishon Symphony Orchestra. This is the stylistic aspect, which is very important for me. Then, this is a piece for a choir and two soloists. I want to bring the choir and the orchestra together as one, as if they were all one pianist playing this work. I hope we will succeed in working together because sometimes in a concert you hear a choir and an orchestra not merging into one instrument but making music apart one from another.”Bernius is the founder of the Kammerchor Stuttgart, “which is not a fully professional radio choir,” he says. “I hate to do the same thing every day. I would not be able to rehearse every day with the same singers. We have a different number of singers for different pieces. For example, for Baroque music we use 20 singers, while this time I am bringing 50 vocalists to Israel. This is very important for me – the authenticity and professionalism. We also perform contemporary music.We invest a lot of effort in creating a solid sound – not people singing separately but as a choir with a unified sound. There are several techniques for this, and vowels are of the utmost importance. The German sound is my specialty,” he says.Bernius has been coming to Israel since 1995. He visits the country not only to perform, but he also vacations here. What is this special relationship about? “I was born in 1947, and this connection to Israel has followed me my entire life. Once I met the president of the Jewish community of Germany, Charlotte Knobloch, and told her, ‘When I come to Israel, I meet people that I don’t meet in Europe anymore – they have a passion for music and a deep understanding of what we are doing.’ I already felt that on my first visit to Israel in 1995. That is why I wanted to come more and more,” he says.Relating to the current situation, Bernius stresses, “Yes, I know that Israel is divided. There are two halves, two directions, and that is what I wrote in my letter to the orchestra: ‘If you disagree with one half, it does not mean that you dismiss the other one, too.’ And as you probably know, our Chancellor Angela Merkel said in her speech in the Knesset, ‘The existence of Israel is among our major laws.’ I feel the same. I am eager to come, especially now, in the year of celebrations of 50 years of establishing of diplomatic relations between our countries.”The conductor goes on to elaborate that in 1965, “I was still a schoolboy. And at that time, until the end of the 1960s, education was quite problematic because of the shadows of the past. So we simply did not know much. Then coming to Israel I visited Ben-Gurion House, I saw photos of Ben-Gurion and Adenauer, and I learned a few things. But again, art has its own important place in creating connections between the peoples, and we still have a lot to do.”The concerts take place on September 5 and 8 in Rishon Lezion (the opening concert will be attended by the German ambassador); September 6 at Tel Aviv University; and September 7 in Rehovot. For reservations, call (03) 948-4840.