Sri Lanka at the Sheraton

The Tel Aviv hotel is hosting another exotic food festival. 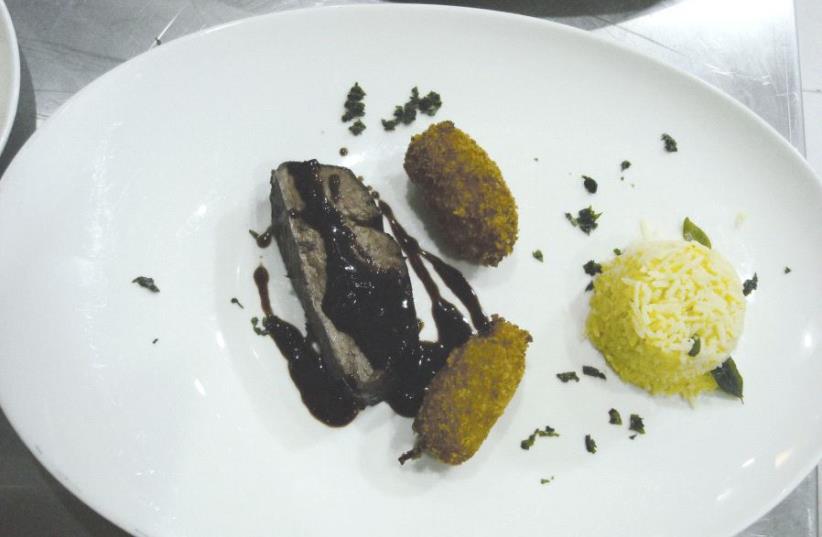 Olive Leaf Restaurant
(photo credit: PR)
Advertisement
Continuing its commendable decision to showcase different cuisines, the Sheraton Tel Aviv Hotel is now offering a Sri Lankan festival, which will run until May 20.The Sri Lankan ambassador, H.E. Selvaraj Periyasamy Pillai, invited guests to a dinner composed of typical Sri Lankan ingredients and, at the champagne reception, showed a film that presented some of the tourist attractions of the beautiful island in the Indian Ocean that he represents here.Relations between Israel and Sri Lanka (formerly Ceylon and a British Crown Colony until 1948) have had their ups and downs since the two countries exchanged ambassadors in 1957, but at the present time they are definitely on an up. Trade and tourism thrive, many Sri Lankan citizens live in Israel as caregivers, and at the time of the tsunami disaster last year, Israel sent a large aid package to the stricken island.And so to the dinner. The first course was chicken Ambulthuyal, a maki roll of soft rice filled with pieces of chicken covered in a dark spice. It was accompanied by a crisp vegetable cutlet and a mound of diced vegetables described as “country-style,” which were lightly pickled and sweet. Everything on the plate was pleasantly spicy, although it was difficult to say what spices they were.The main course was Smore beef with spicy sauce, with a small oval shaped ball in which one could detect some chopped yellow pepper. The yellow rice timbale was nicely al dente. The beef Smore, a traditional Sri Lankan dish, was a fillet steak in a very good sauce made from red wine and coconut milk.The dessert was a coconut treacle pancake with kalu dodol and passion sauce. Kalu dodol is a Sri Lankan dessert made from the sap of the toddy palm called kithul Jaggery, with rice flour and coconut milk. This makes it a real parve dessert and not an adaptation from something dairy. The sauce was made from passion fruit.The red wine which flowed abundantly throughout the evening was the Teperberg Red Blend, 2016, a pleasantly dry wine which cheered without inebriating, like a good cup of tea.We hope the Sheraton will continue on the path of showcasing different cuisines.