Stars, sex and stories at TLVFest 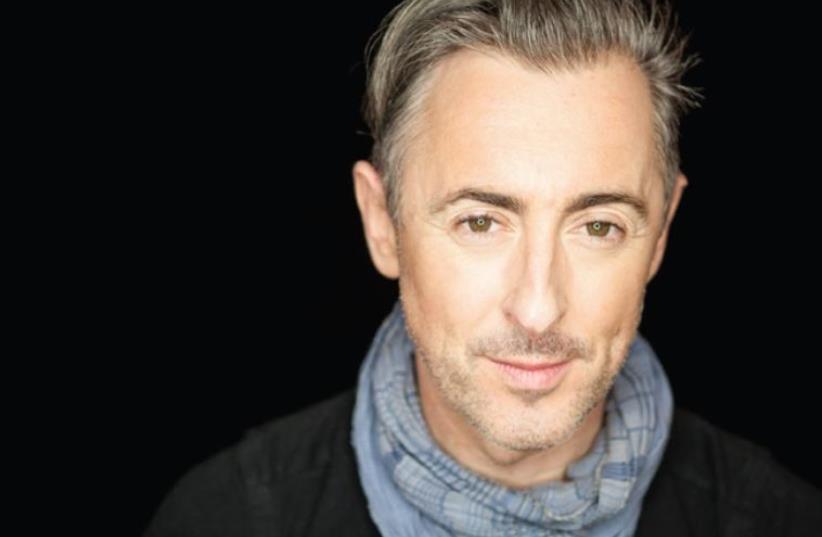 Alan Cumming
(photo credit: PR)
Advertisement
Alan Cumming, the actor you may know as the incomparable political operative Eli Gold on The Good Wife, will be the guest of honor at the 11th TLVFest, the Tel Aviv International LGBT Film Festival, which will run from May 29 to June 7 at the Tel Aviv Cinematheque.The festival, which is a fixture of Pride Week in Tel Aviv, will feature dozens of films from Israel and abroad, as well as events with filmmakers and actors from around the world.There will be a meeting with Cumming, who will receive a special award from the festival, on June 2 at 8 p.m. In addition to The Good Wife, the Scottish Cumming has appeared in many films and television shows, among them Stanley Kubrick’s Eyes Wide Shut; X2: X Men United; and Spy Kids.He wrote and directed The Anniversary Party, with actress Jennifer Jason Leigh. He has also had a thriving career in theater, starring as Hamlet in an acclaimed British production, and appearing as the master of ceremonies in Cabaret, for which he won a Tony, as well as many other awards. He is also a novelist and activist, and his recently published autobiography won wide acclaim.Comedian, actress and jazz musician Lea DeLaria will also have a public meeting on June 2 at 8 p.m. DeLaria, who has had a long and varied career on screen and stage, is best known as Big Boo on Orange Is the New Black.Other guests of this year’s TLVFest include Michelle Ehlen, an independent filmmaker and actress who will present her latest film, S&M Sally; Buck Angel, an adult film producer, actor and motivational speaker; Goodyn Green, a Danish photographer and filmmaker; and Colby Keller, who has been described as “The world’s most intellectual porn star.”Ehlen will give a screenwriting master class, as well as participating in a panel of female directors that will feature Sara Jordenö (Kiki), Tonje Gjevjon (Life Is a Moment), Julia C. Kaiser (Floating!) and Revital Gal (Golden Boys).Ivan Cotroneo, who wrote I Am Love, will also give a screenwriting master class.His second feature film as director, One Kiss, about three 10th graders living in a small northern Italian town, will be the closing night film.The opening night film of TLVFest will be the Israeli premiere of Oriented, directed by Jake Witzenfeld. Oriented is an intimate portrait of three gay Palestinian friends living in Tel Aviv, whose national identities and sexual orientation bring them into conflict with the city where they live and the places from which they came.There are a number of programs, including Gala Screenings, Panorama, and Israeli cinema, as well as competitions for narrative films and documentaries.Among the films in the Israeli Cinema section are two films by the Heymann brothers – Who’s Gonna Love Me Now? about an HIV positive man who returns to Israel from London; and Mr. Gaga, the story of Ohad Naharin, the director of the Batsheva Dance Company; and Ido Haar’s Presenting Princess Shaw, about a singer who expresses her pain through music.Many of the movies have won awards and acclaim at film festivals around the world. Andrew Ahn’s Spa Night, about an American of Korean descent who starts exploring his sexuality when he takes a job at a spa, won a Special Jury Award for Breakthrough Performance at the Sundance Film Festival for its star, Joe Seo.Théo et Hugo dans le même bateau, directed by Olivier Ducastel and Jacques Martineau, about the nocturnal odyssey of two young gay men in Paris, won the Teddy Audience Award at the Berlin International Film Festival.The six Vogue dancers who performed with Madonna on her Blonde Ambition tour in the 1990s are the focus of Strike a Pose by Reijer Zwaan and Esther Gould.The movie looks at these dancers during the 1990 tour and examines their lives 25 years later. The movie generated a lot of buzz at several festivals, among them the Tribeca Film Festival.

To find out more, and to buy tickets, go to the festival website at tlvfest.com.
Advertisement
Subscribe for our daily newsletter