Mark Knopfler might not be around, but The Dire Straits Experience with standout guitarist Terence Reis still delivers the goods. 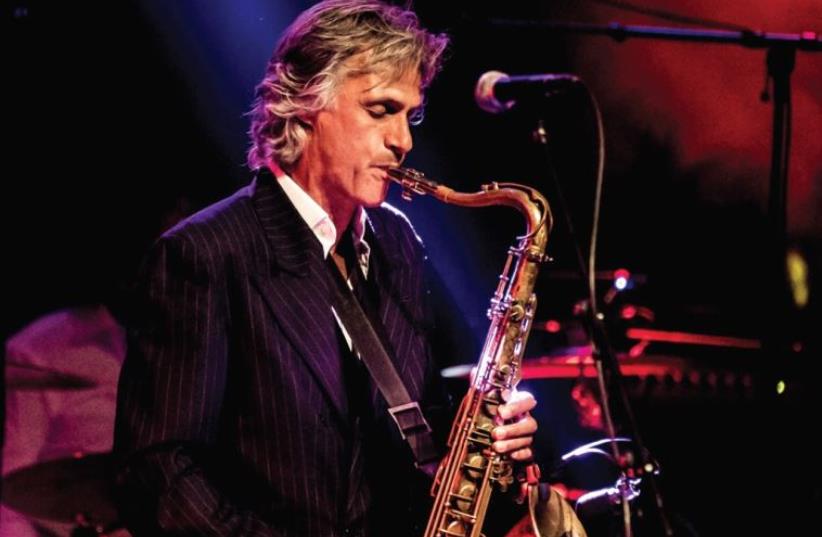 The Dire Straits tribute concert
(photo credit: TOM CLEARY)
Advertisement
Adam Lambert isn’t going to be the only front man to appear in Israel next month bearing the groaning weight of a musical giant on his shoulders.Freddie Mercury may be a huge persona for Lambert to compete against, but the less flashy, more laid-back shoes of Mark Knopfler are no less daunting to fill.Both Knopfler’s idiosyncratic vocals and unmistakable guitar-playing style defined the sound of his classic 20th century band Dire Straits – but if you think that it seems a bit pointless for former Straits saxophonist Chris White to go on the road with The Dire Straits Experience without Knopfler in tow, then you haven’t heard Terence Reis.As I wrote after seeing the accomplished South African actor-turned-musician perform in Tel Aviv in 2012 with the precursor of the Dire Straits Experience, then called The Straits, “Reis not only replicates Knopfler’s guitar and singing style in an eerily accurate manner, he performs with such gusto and passion it was easy to forget we weren’t watching the original Dire Straits in its early 1980s prime. From intense, elongated versions of epics like ‘Telegraph Road’ and ‘Tunnel of Love’ to fan favorites like ‘Walk Of Life’ and ‘Brothers In Arms,’ the music hit every target, without a false note of mimicry or nostalgia.”On their return visit to Israel in 2014, the group, now renamed The Dire Straits Experience and lacking Dire Straits keyboardist Alan Clarke, demonstrated that as long as Reis was in the driver’s seat, the Knopfler vibe was alive and well.According to the 61-year-old Bristol, England native White, the only Dire Straits member in the current lineup, the success of the band is built on the premise that they’re going way beyond the aspirations of a tribute group.“I think we may have found the only person on the planet that is able to play and sing like Mark, but maintain his own integrity and identity,” said White of Reis.“Because of his respect for Mark, Terence is able to perform these songs in a very honest way that allows his energy and talent to come through. This is exactly what allows the performances to feel alive and fresh.Not slavish copies of a bygone time. Without Terence, this would simply not work.”The music of Dire Straits wasn’t in working order either, for around 20 years. Knopfler disbanded the wildly successful band in 1991, after having sold more than 120 million albums – including the 1985 blockbuster Brothers In Arms – preferring a lowkey solo career consisting of rootsy folk and country and movie soundtrack work.In 2011, keyboardist Clark was approached about reforming the group for a charity show in London. He made some attempts to locate a replacement for Knopfler, but in the end he, White and other players who had some tangential connection to Dire Straits performed at the benefit without a front man, playing old classics like “Tunnel of Love” and “Sultans of Swing.” And to Clark’s surprise, he loved it.“For that charity show, I thought ‘we’ll just wing it and somehow we’ll get through,’ but I realized after that the band had so much potential, I thought we couldn’t just let it die, let’s see where we can go with it,” Clark told the Post in 2012.Then he was shown a few YouTube clips of Reis playing acoustic guitar and singing the Straits track “Communique.” Born in Maputo, Mozambique, Reis grew up playing the guitar in the idiosyncratic style of the local finger-picking street musicians, a style that was surprisingly similar to that of Knopfler without being a carbon copy.Combined with a rich voice that hints at Knopfler’s without aping it, he proved to be the lynchpin for the Straits.In the ensuing four years of touring the world, Reis and White along with their bandmates have encountered an outpouring of accolades for accurately recreating the sound and spirit of Dire Straits.“It’s really humbling to see the reaction,” White told The Jerusalem Post recently, ahead of the Dire Straits Experience’s return to Israel. “It reminds one of how Dire Straits was received back in its prime.”White, who joined Dire Straits in 1984, after Brothers in Arms was recorded – but before the two-year world tour that turned the band into superstars – became an integral foil for Knopfler, both onstage and in the studio.“I had been working with Mark for a couple years before I joined the band, on different production projects and a couple of film soundtracks. Dire Straits was going through some changes and Mark was exploring different sounds when I joined,” said White.“It was a real creative time. He was trying to get a more orchestral, big band feeling with new keyboard technology and I think the sax played a big role in that, especially on our last album, [1991’s] On Every Street.”White was part of the Dire Straits that performed in Tel Aviv in 1985 at the height of the Knopfler headband “Money for Nothing” mania, and has been back twice since with the later incarnations of the band.“Israel is a very comfortable place to visit and a great place to perform. There aren’t many cities like Tel Aviv where you can walk outside your hotel and be at the beach,” said White.Not that the band is going to have much time for sunbathing. Following their past triumphs in the country, they’re booked for five shows on consecutive days – September 6 at Sultan’s Pool in Jerusalem, the next two nights at Mann Auditorium in Tel Aviv, September 9 at the Congress Hall in Haifa and September 10 at the Beersheba Amphitheater.Not even Adam Lambert and Queen can boast that schedule.