The exhibition ‘Compositions for Timespace’ combines music and visual art. 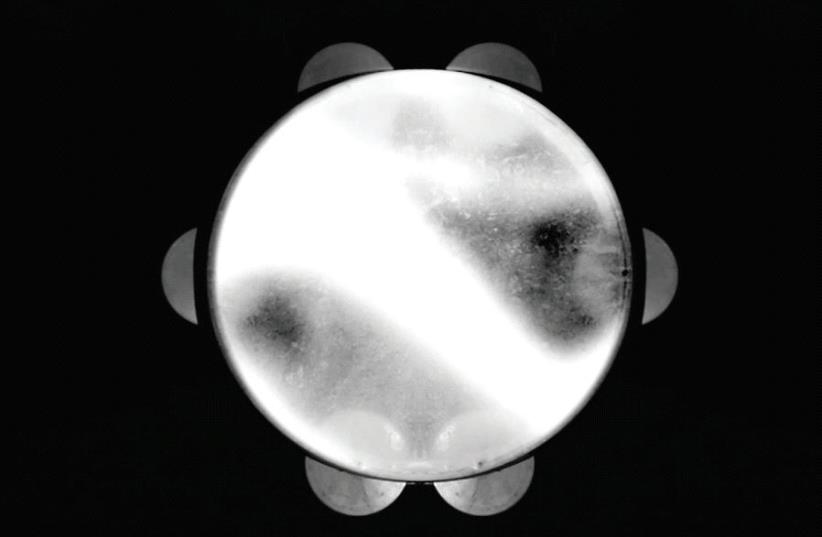 The exhibition ‘Compositions for Timespace’
(photo credit: PR)
Advertisement
Musicians often talk about the notes they produce in terms of textures and colors. So it stands to reason that artists from the visual category should feed off and fuse with their counterparts from the sonic discipline. A fine example of that synergy is currently on display at the Tel Aviv Museum of Art.The work in question is called “Compositions for Timespace.” It is curated by Tal Lanir and Hagit Emma Werner and succinctly conveys the idea of crossdimensional interplay. The first installment, Maqamat, opened on March 7 and runs until May 5. It will be followed by High Pitch and Intent, each open to the public for about two months.The title of the current chapter, Maqamat, comes from the modal system that forms the infrastructure of Arabic music.One of the interpretations of the word “maqam” – the singular form of “maqamat” – corresponds to the Hebrew word for “place,” makom, and the opening exhibition has a geographic displacement theme to it.Maqamat features the work of visual artist Dor Zlekha Levy and musician Aviad Zinemanas and uses music written and performed by Jewish Iraqi musicians of yesteryear. The visual artistic side of the work also hails from the Arab world.The installation offers some respite from the brightly lit museum milieu, and you are immediately drawn into a sense of cozy intimacy in the almost pitchblack room. Conveniently, there is a comfortable seating facility in the middle, where you can easily rotate your gaze and posture to follow the sight and sound work as it progresses around the walls, which are draped in black.The chronological and cultural point of departure for Maqamat is the first international Congress of Arabic Music, which took place in Cairo in 1932, under the patronage of King Fuad I. The Egyptian ruler was a great admirer of culture, and music in particular, and the conference was a formative moment in the incorporation of seemingly extraneous material and extramural spirit in Arabic music.The event was attended by musicians from several Arab countries, with the Iraqi contingent – consisting of Jewish oud player Ezra Aharon and co-religionist qanun player Yusuf Zaarur – grabbing the limelight.Zaarur’s instrument is front and center in the installation. As the soundtrack takes off, one wall is filled with quivering qanun strings that appear and disappear intermittently as the music progresses. The strings also provide a backdrop that features silhouettes of some of the attendees of the 1932 gathering in Cairo. The original score is subtly manipulated by electronic means as the mood ebbs and flows between soothing Middle Eastern sounds and vibes of a far more energized and contemporary nature. Interestingly, the qanun is played by David Regev Zaarur, the great-grandson of the 1930s Iraqi artist.As the qanun begins to fade out, one’s attention is drawn to the next wall, which features a darbouka (percussion instrument), and the shadow of the drummer’s hand as it strikes the skin is clearly seen. That provides for a captivating eye-ear experience, but the figure that subsequently appears on the opposite wall is nothing short of mesmerizing. The design is based on a wheel shape divided into rings and segments, with the outer ring containing dozens of words in Arabic, which are apparently names of various maqamat.As the music merges into the visual item, the rings begin to spin in various directions, producing something akin to a hypnotic effect. You can lie back on the padded seating, close your eyes and drift away on the sound waves, but the visual esthetics are worth catching as well. If you have the time, I’d recommend remaining in the installation room for three rounds to take in the visuals, then float away on the sonic element, and lastly marry the whole package with your heightened senses.“Ideally, we’d like people to devote time to this,” says Lanir.“This is something that should be imbibed slowly.”Of course, fusing different artistic disciplines is not a new concept. The major avant-garde movements of the early 20th century, such as Dada, Futurism and Surrealism, incorporated all manner of media, generally to generate a sense of discordant debate.Meanwhile, Russian abstract art pioneer Wassily Kandinsky and Austrian Jewish composer Arnold Schonberg saw the potential in cross-fertilization between music and visual art for achieving a harmonic match.Zlekha Levy and Zinemanas are certainly on the same artistic page. Maqamat is not the result of a score written to underpin the visual product or vice versa; it is the output of two artists working in tandem. And the same goes for the next episodes in “Compositions for Timespace.”High Pitch brings together visual artist Nivi Alroy and musician Nadav Reboh, aka Naduve.The two have known each other for some time, but the collaboration came about through a curatorial connection. Alroy has been involved in an artist-in-residence program at the Hebrew University of Jerusalem for a while and has developed an intriguing science-based platform for her art, while Reboh is currently writing his philosophy of science master’s degree thesis at Tel Aviv University. Their shared interest in epigenetics – the study of environmental influences on genetic traits – is at the core of their collaboration.The third and last chapter in the series presents a collaboration between video artist Roiy Nitzan and internationally renowned jazz trumpeter Avishai Cohen. Intent incorporates their individual interpretations of a poem of the same name by American poet, fiction writer and journalist Susan Scutti. Unlike Maqamat, joint concept notwithstanding, their creations will be presented separately and concurrently as variations on a common theme.Should you visit all three installation slots and like what you hear, you will be able to purchase an LP of the music, which will be released following completion of “Compositions for Timespace.”

For more information: http://www.tamuseum.org.il
Advertisement
Subscribe for our daily newsletter