Summer may be gone, but Israel's concert scene is still heating up

International musicians will headline half a dozen shows in Israel in the coming months. 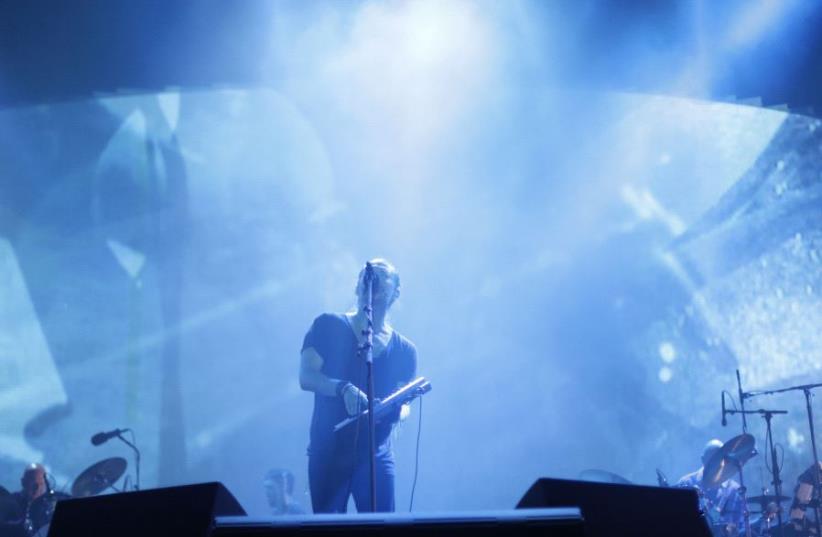 Radiohead concert in Israel, July 19
(photo credit: LIRON SCHNEIDER/ARIEL EFRONI)
Advertisement
The summer might be over, but that doesn't mean the concert season in Israel is ending. And a summer which saw shows from Britney Spears, Justin Bieber, Radiohead, Aerosmith, Guns N' Roses and more, the winter has its own lineup. Throughout the fall and winter months a slew of international performers will  be gracing Israel with rock, hip hop, dance and alternative music - undoubtedly something for everyone. First up is Peaches, the Canadian electronic musician, who is performing this Wednesday, September 6, in Tel Aviv. Daringly mixing the sounds of punk, hip hop and electro, the incomparable Peaches will be performing in Israel for the first time ever, at the Barby Club in Tel Aviv. The Ontario-born, Jewish-raised singer and songwriter has long explored themes of gender and gender identity in her music. Tickets are NIS 139. Next up will be The Pretenders, the British-American rockers best known for their hits "I'll Stand By You," "Back on the Chain Gang" and "Brass in Pocket." But don't expect the full original band (two are dead after all) - lead singer Chrissie Hynde is the only member of its first lineup remaining. But that won't stop them from putting on quite a show at Heichal Hamenorah in Tel Aviv on September 23 - right after the end of Rosh Hashana. It'll be the first show for The Pretenders in Israel, and tickets will range from NIS 295-795. If you haven't had enough of aging British rockers after that, then you'll be thrilled to hear that Cliff Richards is coming to town in October. The man behind 14 No. 1 hits in the UK, including "Living Doll," "Mistletoe and Wine," "We Don't Talk Anymore" and "Congratulations" will be taking the stage Heichal Hamenora on October 10, during Sukkot. His last performance in Israel was in 2013. Tickets range from NIS 255-1255.And if that's not enough nostalgia for you, Canadian singer and songwriter Bryan Adams will perform a whopping three shows in Israel - two in Tel Aviv and one in Jerusalem in December. The man behind the massive hits "Run to You," "Summer of '69," "(Everything I Do) I Do It for You" and "Have You Ever Really Loved a Woman?" will take the stage on December 4, 5 and 6. Tickets cost NIS 154-904. Will any other international artists be arriving in Israel before the end of 2017? That remains to be seen.There have long been rumors swirling that Coldplay is going to play two concerts in Israel in November - despite the band's denial. With the dates approaching, it seems unlikely - but not impossible - that the band will perform here this year.And Walla! reported on Saturday that the legendary Boy George is in talks to perform here in December with his band The Culture Club at Heichal Hamenora. George, known for his smash hits "Do You Really Want to Hurt Me" and "Karma Chameleon," has performed in Israel several times in the past. There has no been no official announcement, but it wouldn't be a surprise to see him back here in December.