The 11-day program, which runs through Wednesday, December 15, is chock-full of leaders of the local scene.

There is a saying in Hebrew which translates literally as “the food comes with the appetite.” In practical terms that means that once you’ve set out your corporeal stall the content will materialize and take off.

While there was plenty of jazzy derring-do around in this country when Beit Ha’amudim opened for business 10 years ago, having a place to strut their stuff in front of an actual live jazz-loving audience was certainly a non-COVID shot in the arm for the jazz fraternity in these here parts.

The venue on Tel Aviv’s Rambam Street, a stone’s throw away from the Carmel Market and trendy Nachalat Binyamin pedestrian street, is currently celebrating its first decade with an impressive rollout of local talent. The 11-day program, which runs through Wednesday, December 15, is chock-full of leaders of the local scene, including the likes of veteran guitarist Ofer Ganor, internationally renowned saxophonists Eli Degibri and Amir Friedman, trombonist Yonatan Voltzok, and soprano saxman Yuval Cohen.

The latter has been a fixture since the place started its jazz pursuit. “Beit Ha’amudim is a real home. A home of jazz, of musicians and of a wonderful crowd who know that, every night, they will witness real live jazz, loyal to tradition and yet wandering and exploring,” Cohen enthuses. “The vibe is wonderful, the food is good, and the beer is great. Come home!”

Celebrated photographer Yossi Zwecker, who is something of a dab hand on keyboards too, expressed the venue’s added value for the local jazz community in succinctly crafted words. “Beit Ha’amudim is the magic that happened for anyone who loves jazz in Israel.” 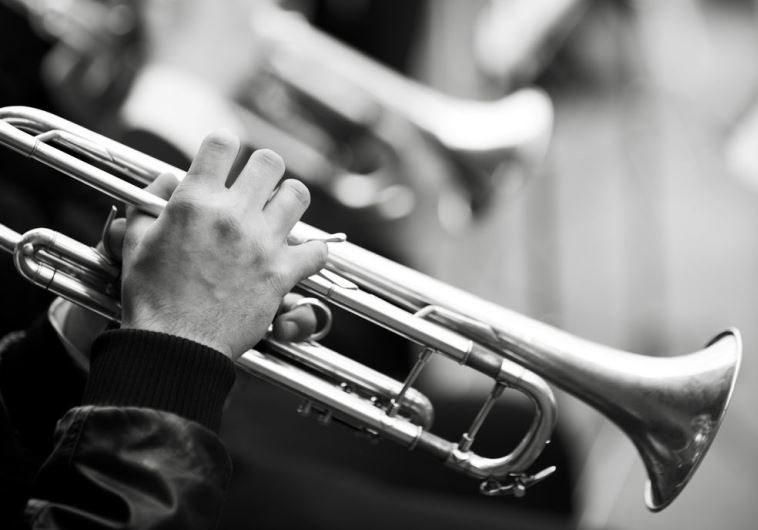 For Zwecker, the Rambam Street club is the bricks and mortar apotheosis of every jazz musician’s ultimate artistic aspirations. “Any jazz musician can go there and do whatever they feel like doing,” he continues. “You can improvise, and play around with time, and with the audience, as if it is a salon-style, intimate performance.”

He recently put something of that spirit down on photographic printing paper when he snapped around 100 of our jazz artists, from twentysomethings to British-born nonagenarian very much still active reedman Morton Kam, in front of the jazz club’s delightfully weather-beaten façade. A giant-sized print of the shot now hangs proudly on the wall behind the bandstand area, in a reprise of Art Kane’s iconic 1958 photograph known as “A Great Day in Harlem” of 57 of the day’s American jazz community leaders.

Seemingly unstructured creative forays, naturally, entail musical perils but it is that willingness to take leaps of faith, without a safety net, that lies at the core of jazz. “Sometimes at Beit Ha’amudim you feel the musicians are indulging in some kind of home jam session, and no one will say anything against that,” the photographer observes.

“Everything is acceptable there. It is as if there is no sound system, no production facilities, no lighting. As an audience member you get something completely exposed, naked. You sit half a meter from the saxophonist’s mouthpiece and you see every drop of sweat that drips off his forehead.”

It is that immediacy which, for Zwecker and his fellow jazz lovers, makes Beit Ha’amudim a unique mover and shaker on the local jazz scene. “You can’t get that anywhere else. You can sit in the audience and ask the band to play something, and they may very well do that. That’s magic.”

THE PROOF of that pudding was there for the joyous, nay rapturous, taking on Wednesday evening, when the quartet of New York-based bassist Alon Nir hit the stage, although the latter is something of a loose term. There is no stage, in the physically elevated dais sense, at Beit Ha’amudim, which encapsulates the spirit of the place.

This was a show of the highest jazzy quality, with internationally acclaimed pianist Shai Maestro as the surprise package – his name was not on the program – and the simpatico element was palpable as drummer Ofri Nehemya, Nir and Cohen wended, dovetailed and careened their way through a set that strummed on the heartstrings and got the hips ashakin’ and the face beaming.

There were plenty of headbangers around me in the intimate confines of the performance space. And, as the show progressed and gathered steam, the cries of encouragement and unfettered appreciation multiplied and became ever more voluminous. The joy was there to be had, gratefully ingested and duly disseminated.

Jazz fans have been coming home to Beit Ha’amudim, which has been lauded across the globe as one of the best jazz clubs around, ever since proprietor Eran Kol received a sage piece of advice from then budding bass player Yael Hadany. “I suggested having jazz there once a week,” she recalls. “It gradually grew to two nights, then three. And now it’s every night.”

Before the jazz venture got going, Kol was running a café which, to put it delicately, wasn’t having him running to the bank everyday with sacks of banknotes. It was Hadany’s love of jazz, and interest in a foreign language, that acted as a catalyst for the artistic initiative. “I used to take private lessons in Spanish, and it was quiet at Beit Ha’amudim so we used to sit there,” she explains.

Wednesday’s Alon Nir quartet show was followed by a couple of sets by a sextet led by veteran double bass player Gabriel Guelman. Guelman was there right at the very start. “Gabi was Yael’s bass teacher and he had no gigs at the time so she asked me if he could play at Beit Ha’amudim,” Kol recalls. “I said that was fine if she paid the musicians.”

It was an offer Hadany, who is now on the jazz venue’s staff, simply could not refuse. She, and the club, have never regretted taking the chance. “Jazz musicians know they have a home here,” she says. “They have a place to rehearse, and get together with like-minded people. That is priceless.”

THE VENUE also provided the springboard for the establishment of Panonica, a nonprofit headed by Voltzok, which supports Israeli jazz artists’ efforts to further their careers. Hadany says that togetherness, that sense of community, comes through in the Zwecker group shot. “That’s why we created the photograph. It is our way of saluting these artists, including Erez Bar Noy, who was a close friend of mine and lots of others.”

Bar Noy was a saxophonist and beloved educator who recently died at the age of only 56. His photograph appears in the front row of the Zwecker work. “Erez’s death was a great shock to all of us,” says Hadany. “People came here, to Beit Ha’amudim, to talk and play music and remember Erez. It was a sort of shiva (mourning) for him.”

But the show simply has to go on, and Beit Ha’amudim has survived the financial trials and tribulations of the past 10 years, and the emotional and existential roller-coaster of the past pandemic-constrained two years, achieving kudos from the likes of preeminent American jazz magazine DownBeat along the way.

Long may it merrily continue.