This TV lineup is well worth watching. 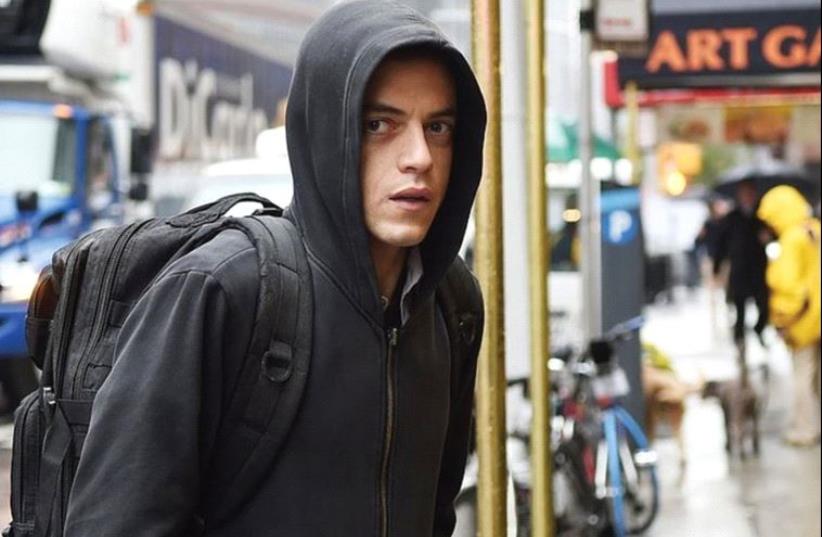 Mr. Robot
(photo credit: PR)
Advertisement
The Emmys came and went with the usual suspects — Game of Thrones and Veep — winning again in the Best Drama and Best Comedy categories, which made for a predictable night.The good news was that some gifted newcomers picked up awards, notably Rami Malek for Mr. Robot and Tatiana Maslany for Orphan Black.There was a lot of talk about the Emmys going to a far more diverse group of winners than the Oscars.Aziz Ansari and Alan Yang won Best Comedy Writing for Master of None (which is not available here yet, unfortunately), and Yang had the best line of the night. Noting that there are 17 million Asian Americans and an equal number of Italian Americans, he acknowledged all the great movies and television shows about Italians (The Godfather, The Sopranos, etc.) and said that Asians have a way to go, adding, “Some of you Asian parents do me a favor and a couple of you get your kids cameras instead of violins, and we’ll be all good.”HOT Israeli Entertainment Channel is featuring some local classics over the weekend. At 12:10 p.m. on September 23, you can see Menahem Golan’s Operation Thunderbolt. This movie, which was nominated for an Oscar and is known in Hebrew as Mivtsa Yonatan, tells the story of the 1976 hijacking of an Air France flight, which was diverted to the Entebbe Airport in Uganda, and the subsequent rescue operation, during which Yonatan Netanyahu, the prime minister’s brother, was killed.The movie, which stars Yehoram Gaon, then Israel’s reigning star, as Yoni, also features Gila Almagor, Assi Dayan and Shaike Ophir (for whom the Ophir awards are named). It is terribly dated, but some will find it stirring. In Joseph Cedar’s 2004 drama about a religious nationalist family in Jerusalem in the 1980s, their youth group shows the movie so often that the teens know the dialogue by heart.Samuel Maoz’s Lebanon will be shown on September 23 at 7:45 p.m. This movie, which won the top prize at the Venice International Film Festival in 2009, is about soldiers in a tank fighting in the first Lebanon War. It will lose a bit visually on the small screen but will still be worth watching.One of the most talked about movies of the year, Mustang, will be shown on YES 3 at 10 p.m. on Sept. 30. The movie was nominated for an Oscar and won more than 40 other awards, among them prizes at the Cannes Film Festival and the European Film Awards.This movie, which is as entertaining as it is enlightening, tells the story of a family in a rural village in Turkey, where five orphaned teenage sisters are being raised by their conservative Muslim uncle and grandmother.The girls, who go to school and have many interests, are suddenly subject to severe punishment and confined to their homes after gossips see them swimming (fully clothed) with boys.The uncle decides to marry them off as soon as possible. The repression will not come as news, but what makes the movie fascinating is how these spirited sisters deal with it in different ways. The oldest sister, for example, has a boyfriend already, and her main concern is that she get to marry him, while some of the other sisters try to figure out how to hitch rides out of town.The movie was the feature-film debut of Deniz Gamze Ergüven, and it was one of last year’s outstanding movies.More evidence that the worlds of movies and television have become blurred is on display in Clint Eastwood’s latest film, Sully.It stars Tom Hanks (who became famous on the 1980-82 TV sitcom Bosom Buddies) as the heroic pilot who landed a commercial aircraft on the Hudson River after both engines failed. The entire panel of mean investigators who doubt Sully’s heroism are played by wellknown television actors: Jamey Sheridan, who played the vice president on Homeland and James Deakins on Law & Order: Criminal Intent; Mike O’Malley, who was Kurt’s father on Glee!; and Anna Gunn, best known as Walter White’s wife, Skyler, on Breaking Bad.