Clooney, Streep and series to binge on. 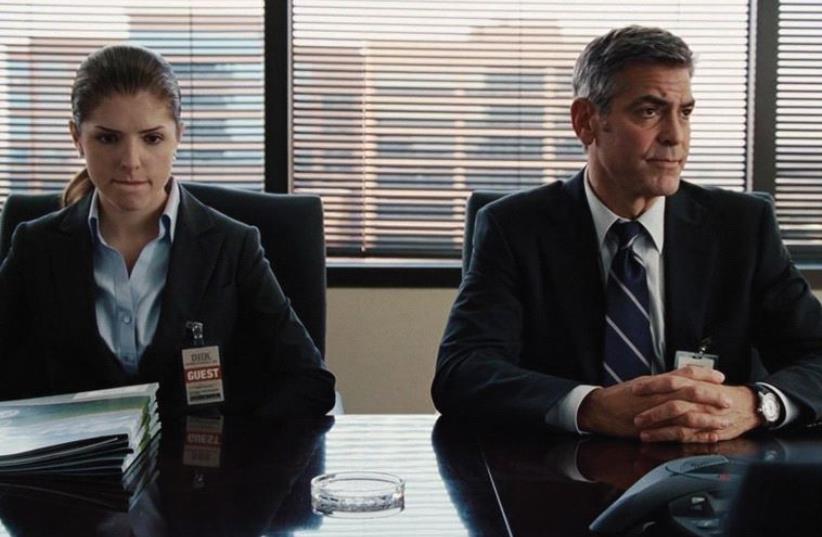 Up in the Air
(photo credit: PR)
Advertisement
Throughout the month, the movie channels on HOT are celebrating the holidays with some of the brightest movie stars.On October 8 on Hot Gold, you can see two of George Clooney’s best movies. At 7:55 p.m., there’s Steven Soderbergh’s Out of Sight. Clooney stars opposite Jennifer Lopez in this sexy 1998 crime thriller, based on the Elmore Leonard novel of the same name. Clooney is a career bank robber, and Lopez plays a US marshal who gets in the way when he breaks out of prison. Many consider it the best adaptation of a Leonard novel (the other contenders are Get Shorty and Jackie Brown). I don’t think Clooney has ever had such good chemistry with a leading lady, either before or since, and this is unquestionably Lopez’s best performance.The supporting cast is phenomenal.It includes Albert Brooks as a Bernie Madoff-like white-collar criminal, whom Clooney protects in prison and Michael Keaton, Don Cheadle, Steve Zahn, Viola Davis, Catherine Keener, Ving Rhames and Samuel L. Jackson.It’s set in Miami and Detroit, Leonard’s two favorite locales, and is pure fun.At 10 p.m., also on HOT Gold, Clooney’s 2009 movie Up in the Air will be shown. Clooney uses his trademark snarky edge as a cynical corporate operative who travels all over the US, taking on the unsavory job of firing employees. He has a romance with another corporate manager (Vera Farmiga ), but this movie will be remembered for bringing Anna Kendrick to the attention of mainstream audiences.The petite, intense actress plays Clooney’s young protege, and she is brilliant and makes a great counterpoint to him. She has gone on to star in many other movies, such as Into the Woods and Pitch Perfect.Two movies that show very different sides of Meryl Streep will be shown on Hot Gold on October 13. The Bridges of Madison County, Clint Eastwood’s adaptation of the massive bestseller, will be shown at 1:45 p.m. Known for her ability to master accents, Streep plays an Italian war bride in Iowa who meets sexy photojournalist Clint Eastwood when her husband and kids are away for the weekend. As you know, he melts her heart and vice versa.This movie is extraordinarily corny and predictable but quite watchable at the same time.At 6:05 p.m., Streep stars in Nancy Meyers’s It’s Complicated. The film is kind of a big-screen sitcom, and it plays better on the small screen than at the movies. Streep portrays a woman who has a fling, if you can call it that, with her nowmarried ex-husband, played with maximum comic arrogance and charm by Alec Baldwin, and juggles a new relationship with Steve Martin. While the movie pretends to be a sophisticated romance, it’s extreme real-estate porn, as Streep lives in an indescribably beautiful piece of Northern California property and runs an upscale cafe/ bakery. Even the croissants look too good to be true.Westworld, the new action series from HBO, will be shown on YES VOD throughout the month and YES Oh (and is also available on HOT). Divorce, the new Sarah Jessica Parker series, will also be coming up on YES Oh, as well as HOT, starting October 12.The Americans and Homeland have new seasons coming up this winter, and you can watch all the previous seasons on YES Binge.The first two seasons of Fargo, the series produced by the Coen brothers and inspired by their 1996 movie of the same title, will be available on YES Binge starting on October 15.On October 24, the new drama This Is Us will start airing on YES Drama and YES VOD. It’s been described as being similar in tone to Parenthood. It’s about a group of people who all happen to have the same birthday. Among its stars are Mandy Moore, Milo Ventimiglia (Gilmore Girls) and Sterling K. Brown, who just won an Emmy for his performance as Christopher Darden in The People vs. O.J. Simpson.