The calm before the notes

Ambroz Copi conducts the choral concert "From Silence I Sing." 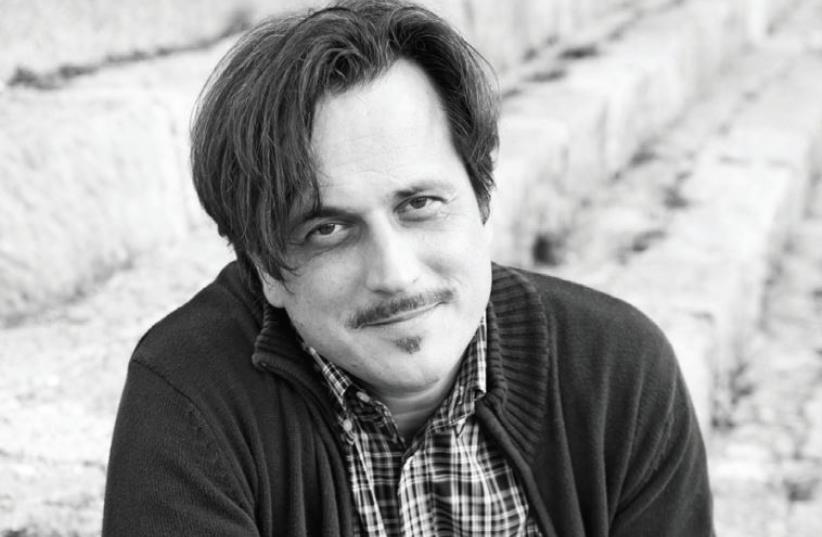 Ambroz Copi
(photo credit: VYTAUTAS MIŠKINIS)
Advertisement
As musical program titles go, Ambroz Copi has come up with a right humdinger. The Slovenian conductor and composer will take part in the From Silence I Sing concert, which will take place at the Israel Conservatory of Music in Tel Aviv on March 5 (8:30 p.m.).Copi will be joined on stage by the children’s and youth Moran Singers Ensemble and Moran Choir.“The music starts from the silence,” says Copi, by way of explaining the program moniker. “So when we are silent, we can be spiritual, like what we have in the program [in Tel Aviv]. We are in touch with our souls, with our spirituality. We can reach out to the audience with the message of the music; we can be spiritual, sacred and also profound.”Copi has assembled an intriguing line-up of choral music for the concert, together with Moran head Naomi Faran, taking in works by a multinational and cross-generational roster of composers. These include Vytautas Miškinis from Lithuania, Estonian arranger Veljo Tormis and Norwegian Ola Gjeilo, with a contribution from Copi himself. For those who like to hear more familiar fare, there is a work by Bach as well.When Copi talks about the spiritual side of music, he relates to the term in a looser, more general sense.“This is not only about spiritual devotion to God. The pieces we will perform are joyful, to show that life is beautiful and full of joy,” he says.The geographic hinterland of the works in the program appears to offer plenty of scope for cultural maneuvering, although Copi sees a strong common denominator among the various national origins.“Northern countries are very similar with each other.Their musical language is similar. Slovenian people feel that their music is not so much European music but that we are more in touch with Orthodox or Slavic music,” he says.There is also a strong choral music tradition in Slovenia.“We have amateur choirs that are on a very high level,” says Copi. “They sing material from different regions, and they also promote new modern music.”The latter is an important element in Copi’s professional development and his professional interest. It is one of the reasons he was drawn to choral music in the first place.“I think that when you sing, when you use your voice, you are more in touch with the music. I think instrumental music is not very attracted to playing modern music. All choirs really enjoy doing new music, so when you are in a choir you have a lot of fun and the joy of working with people who really want to do new music and get involved in it. For me, choral music is really a miracle,” he declares.Copi may be a forward-looking artist who feeds off hereand- now energies, but he also maintains a strong bond with the roots.“I work a lot with [Slovenian] folk arrangements. It is always good for musicians to know what came before. You have, for instance, [composer Bella] Bartok from Hungary, and Slovenia is very rich in folk music,” he says.That takes in a wide spread of styles and cultural background.“Slovenia is a very small country, but we have a lot of regions that are not connected with the same styles,” he explains.Some of them come from other climes.“We have borders with Italy, Austria, Croatia and Hungary, and there are very different styles in regions near the borders. So the folk music is very varied,” he elaborates.The styles run the gamut from straight, single-voiced material to more sonically intricate works that incorporate four-part harmonies.“You also have different languages,” Copi adds, “so that makes the folksongs very attractive.”The stylistic bounds of the March 5 concert will also be stretched by the age spectrum of the composers, with a difference of close to half a century between youngest contributor 37-year-old Norwegian Ola Gjeilo and the most senior, 85-year-old Veljo Tormis from Estonia.“The different ages also make it more interesting, I think,” says Copi. “Tormis only does arrangements of folksongs; he doesn’t make new melodies. His arrangements are very powerful.”Tormis also has an interesting musical background, which was also fashioned by political shifts.“He was an organist in the church; but after the new Soviet regime started after the war, he couldn’t play in church anymore,” Copi explains. “One day someone asked him if he could do some arrangements of folksongs. From that moment on, he has been arranging only folksongs, with a very attractive style.”Naomi Faran says she is eagerly anticipating Copi’s arrival and working with him.“The Moran Singers Ensemble concert features 20 outstanding young singers and instrumentalists who are joining Copi in a wide range of well-known and contemporary works by composers from Estonia, Latvia and Slovenia, together with timeless classical works.Together, they make a mesmerizing and colorful musical fusion, whereby the end product is greater than the sum of the individual parts,” she says.The concert should offer something for everyone, with Miškinis’s Mass for Peace a standout slot in the proceedings.