The Jerusalem International Chamber Music Festival gets under way September 1

Bashkirova has organized a set of exciting concerts with interrelated composers for the Jerusalem International Chamber Music Festival. 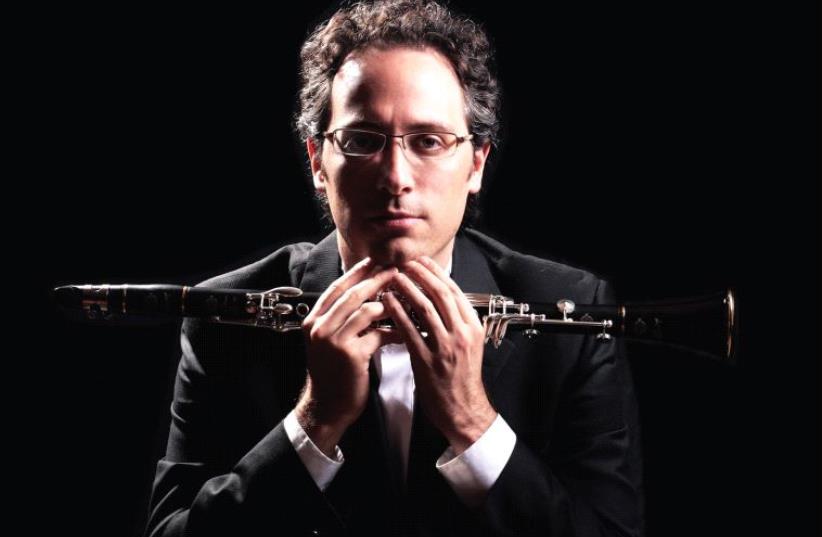 Israeli clarinetist Chen Halevi
(photo credit: VINCENT BOUCHARD)
Advertisement
The Jerusalem International Chamber Music Festival, which has long been an essential part of the country’s musical life, takes place from September 1 to 10 at the YMCA auditorium in Jerusalem. As a true festival, it is not just a series of concerts but a well thought-out musical program. And each year its founder and the artistic director, pianist Elena Bashkirova, comes up with intriguing new ideas.For the 19th edition of the festival, Bashkirova has planned a series of exciting concerts, with interrelated composers as one of the themes.“Haydn and Mozart; Schubert and Beethoven; Brahms and Schumann; Mahler and Bruckner; Berlioz, Franck, Saint–Saëns and Poulenc; Bartók and Kodály; Rachmaninov, Stravinsky, Shostakovich, Prokofiev and Ustvolskaya; and many more,” she says. “We will discover what distinguishes them from each other, giving fresh contexts to both time honored works and those that are lesser known.”Other programs in the festival are dedicated to the anniversaries of three composers: “Reger and Busoni, friends who shared an intense musical relationship with the past; and, closer to our own time, Dmitri Shostakovich,” she says.In keeping with its long established custom, the festival also presents a new work by Israeli composer Yinam Leef.The roster of musicians includes both veteran festival guests and seasoned artists making their festival debut. The returning artists include pianists Kirill Gerstein, Sir Andras Schiff, Madeleine Carruzzo and Denis Kozhukhin; violinists Latica Honda-Rosenberg and Alexander Sitkovetsky; flutist Emmanuell Pahud; and bass singer Robert Holl.Making their festival debut are pianists Menahem Pressler, Eric Lesage, Louis Lortie and Nelson Goerner; cellists Pablo Ferranadez and Edgar Moreau; singers Mathias Goerne and Maria Prudenskaya; violinists Itamar Zorman and Yūko Shiokawa; and the Michelangelo String Quartet.Israeli clarinetist Chen Halevi, who now lives in Paris, returns to the festival now and again. In a phone interview, he talks about his vision of music.“I have reached a stage in my life as a musician where I want to record because I probably have to say something new. Until recently I thought, ‘Well, there are plenty of recordings of, say, Brahms and Mozart, and I don’t want to produce ‘just another disc’ that people would pass without remembering it.But now I record a disc or two a year. Through them, I try to reflect the many musical spheres in which I am active. For example, I have an early music ensemble; we play on period woodwind instruments. This is an all-Mozart disc. Next year it will be German Romanticism – Schubert, Brahms, Schumann. Brahms is probably the scariest among them.For some reason, for the last 30 years musicians almost never recorded his pieces for clarinet.There have been many recordings of Mozart and Bach, which were influenced by the development of a new approach to their works, but Brahms has been left as is, and musicians play his pieces as they always did. Now, after some 30 years of performing his works, I feel that I have to say something new. Or more precisely, let it be my first attempt, and we shall see what comes out of it.”He elaborates, “I feel that I’ve reached the age when I am able to look at these pieces from above and I have to say a few words about them that are worth saying! Experience-wise, I sometimes feel as if I were 80. For years I’ve been performing this music and for years thinking about it.”Is it possible to put into words those personal changes that have brought him to this new understanding, or music is music is music and there’s nothing to talk about but just to feel? Halevi, a multifaceted personality, a musician who has dedicated many years to in-depth studies of things that are not immediately associated with clarinet playing, such as science and philosophy, answers after a brief deliberation.“When you learn the epoch – the Romantic era, for that matter, its art and philosophy, when you know how the music has been played for the last 50 years and you think that you know how it was played in Brahms’s time… and at the same time I feel that I very much belong to the 21 century. I believe that I am able to create a synthesis, a rendition that would be both connected to the past and represent us as we are today,” he says.For the full festival program and tickets, visit http://jcmf.org.il/programme/