The latest social news from the Israeli scene. 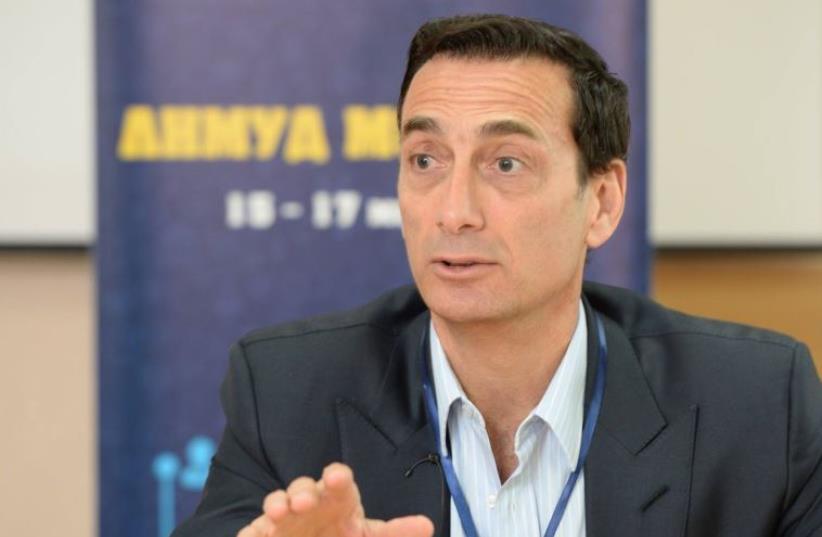 Matthew Bronfman
(photo credit: YAROSLAVNA SVETLOVA)
Advertisement
1. ICRF Last week in their home in Ramat Hasharon, Anat and Tzvika Bar-Natan hosted the launching of a foundation in memory of Keren Nahari- Gilat. The foundation is dedicated to the study of breast cancer among carriers of the BRCA gene, in cooperation with ICRF, the Israel Cancer Research Fund. Tamir Gilat, Keren Nahari-Gilat’s husband, who heads the organization, spoke about his wife’s contribution to the realization of their joint vision to help finance groundbreaking cancer research. Among the guests were former prime minister Ehud Olmert and his wife Aliza.2. Arts of Law Over 200 guests participated in the launching of the Institute for the Arts of Law at Tel Aviv University, which was held under the auspices of real estate firm Hachsharat Hayishuv. The institute, which is headed by retired judge Dr. Dafna Avnieli, will hold sessions to train mediators, arbitrators, negotiators, judges, lawyers and leading university and business lecturers. Attending were Minister of Economy and Industry MK Eli Cohen, Ram Caspi, Eyal Waldman and Yossi Cohen.3. Matthew Bronfman Businessman and finance tycoon Matthew Bronfman celebrated the holiday of Purim in the Holy Land. Bronfman and his wife Melanie participated in a ‘Studio 54’-themed costume party, which was hosted by model Esti Ginzburg, who happened to be celebrating her birthday.4. HP Indigo Digital printing giant HP Indigo hosted over 750 top guests who traveled across the globe to the southern city of Kiryat Gat in order to witness first-hand the technology that is being developed in Israel. HP Indigo General Manager Alon Bar-Shani welcomed the guests. The keynote speaker was Waze founder Uri Levine, who talked about innovation and the power of entrepreneurship to change the world. There was also a panel that featured HP’s Strategic Marketing Manager Simon Lewis; BuzzFeed’s Tatsy.com General Manager Talia Halperin; Global Innovation manager for Mondelez, Gil Horsky; and Innovation Lead for Nestlé, Stefan Casey, who spoke about how technology allows top global brands to meet the current marketing and branding challenges.5. Spirit of Israel The Spirit of Israel non-profit organization held its annual fundraising event for children at risk in celebration of 20 years of activity. Former Israeli basketball player Tal Brody was honored with an award given in memory of Ehud Manor, who conceived the name of the organization and was also a member. Ofra Fuchs-Manor delivered the award for meaningful volunteer activity. Spirit of Israel Director-General Miki Dahab welcomed the donors, including Brody’s wife Tirzah Translated by Hannah Hochner.