A graduate of the Seattle grunge scene, the evocative indie-folkster will cast his spell on Tel Aviv 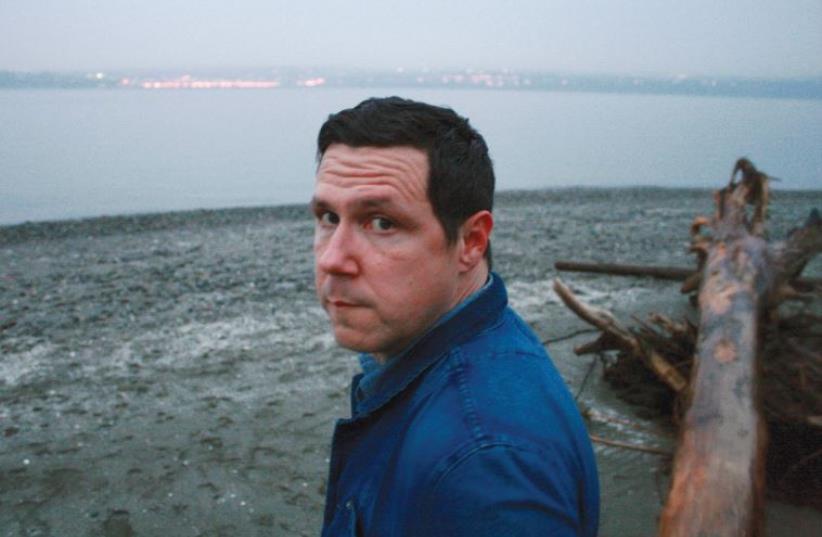 ‘CAREERS HAVE a trajectory, and mine has a low trajectory. My career – quote, unquote – is never a fast-moving thing, it takes its own time,’ says American indie-rock musician Damien Jurado.
(photo credit: Courtesy)
Advertisement
For Damien Jurado, the massive suburban- mall-crowd embrace of Nirvana’s landmark 1991 album Nevermind marked the death knell of the underground Seattle grunge scene, a club in which he enjoyed good standing.“It wasn’t the record – or the band. I loved them both. It had to do with the mass movement toward commercial success and mainstream acceptance.... It sort of took all the fun out of it,” the 43-year-old brooding singer/songwriter said during a call from Rome last week.“When major labels started signing bands like Sonic Youth and the Butthole Surfers, it just seemed so foreign to me... so I went in the opposite direction.”That direction was to spurn the punk-fueled music of his teen years for a more minimalist, story-telling folk sound that could have been the stepchild of Kurt Cobain and Nick Drake. The result has been a two-decade, 12-album career of evocative, Christian-tinged music that has established Jurado as a singular literate voice in the indie rock wilderness.Despite detours into everything from pop to psychedelia to roots rock – which has earned him comparisons to a latter-day Neil Young or Bob Dylan for constantly challenging his audience – Jurado credits his Seattle grunge upbringing for informing his direction.“That’s part of me. If you grew up in Seattle during that time, it’s a fabric of your musical DNA, whether you want it to be or not. And I was lucky to be part of it; it’s not something that I shy away from,” said Jurado, who is bringing his three-piece touring band to Tel Aviv for his Israel debut on July 10 at the Barby Club in Tel Aviv.Jurado, who reportedly as a teen received home-recorded cassette tapes from then-hotel janitor Cobain, recalled that Seattle in the late 1980s was full of music from burgeoning bands like Alice in Chains, Soundgarden, Mother Love Bone (which evolved into Pearl Jam and Stone Temple Pilots). But there was never a feeling of being part of a musical movement or revolution, part of the myth romanticized in the 1992 Cameron Crowe film Singles.“That was more of a media thing. I didn’t feel like part of a movement,” said Jurado, adding that there wasn’t a lot of hanging out, as everyone was out scrounging to make their way with their music.“It wasn’t like you could go out and see any of those bands playing any time of the week you wanted – even more so once it all happened and blew up and became huge,” he said.Jurado’s goal has never been to be huge, but to follow his muse wherever it leads – from the 1999 breakout Rehearsals for Departure (produced by Posies/REM alumni Ken Stringfellow) to the bleak folk music of 2000’s Ghost of David and the punchy rock of 2002’s I Break Chairs.His last three albums – 2012’s Maraqopa, 2014’s Brothers & Sisters of the Eternal Son and this year’s Visions of Us on the Land – form a loosely-bound cinematic based trilogy about a spiritual traveler that represents his most realized work to date.“It’s very sci-fi that was based on a dream I had... but yes, it’s a kind of spiritual quest that tries to answer the question: What do you believe in?” said Jurado, adding that he didn’t set out to create a trilogy.“Maraqopa was more like a trailer, and the next two records were about fleshing it all out as the idea developed.”Lofty concept albums focusing on life, death and the beyond is not the usual fare that prompts the download key or ticket sales to shudder, but Jurado said he refuses to compromise to make more commercially palatable fare.“No, I don’t see the point of dumbing down. But time will tell if there’s still a place for what I’m doing. If I had to judge by my current tour, I would say yes. I just played at the Royal Albert Hall in London in front of 2,000 people, and the audience was quiet and hanging on my every word,” he said.“I think the more downloading and barrage of disposable digital media, the more interest there is in the opposite – taking the time to listen and to dig into lyrical content.”That slow and steady approach, which enabled the London show and the month-long tour of Europe surrounding it, is part of Jurado’s organic approach to a career that has seen him blossom on his own terms.Sometimes, his level of success still surprises him.“It’s gratifying and strange, and never ceases to amaze me, that I can perform to a bunch of people on the other side of the world. But I see it as a natural progression of my career – the more you’re around, eventually you gain some traction,” he said.“Careers have a trajectory, and mine has a low trajectory. My career – quote, unquote – is never a fast-moving thing; it takes its own time.”For Jurado and his fans in Israel who will be seeing him for the first time next week, that time has arrived.