The Festival is to start in September. 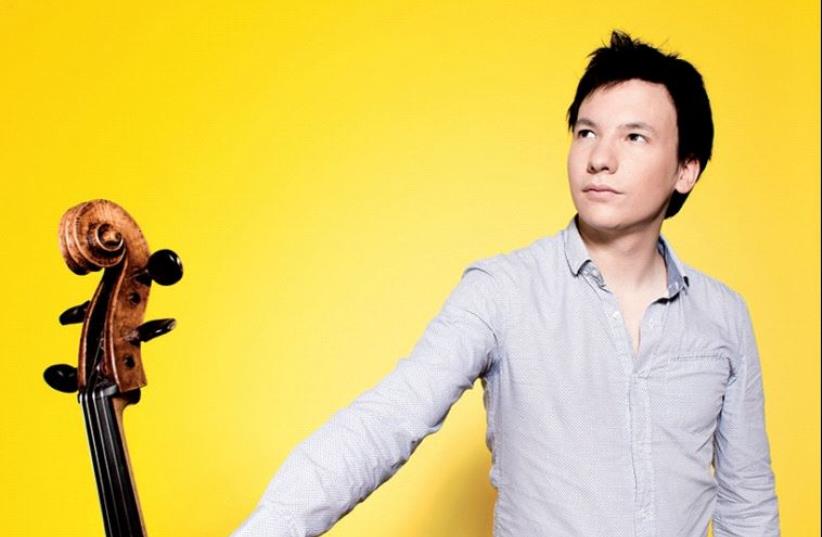 Edgar Moreau
(photo credit: PR)
Advertisement
The ever-popular Jerusalem International Chamber Music Festival is almost upon us again, with the program opener scheduled for September 1. Over the festival’s 10 days, classical music lovers of all stripes can thrill to the sounds of works by composers such as Haydn, Mozart, Brahms and Beethoven, and into more contemporary climes of compositions by 20th-century masters such as Stravinsky and Shostakovich. The 19th century is also well represented, with Bruckner’s String Quintet in F Major, Les nuits d’été by Berlioz and the Cello Sonata in G Minor by Chopin.For the 19th edition of the festival, perennial artistic director, feted pianist Elena Bashkirova, has gone for a hybrid approach, based on a theme of interrelated composers.“As we listen to composers frequently linked together in our perceptions, we will discover what distinguishes them from each other, giving fresh contexts to both time-honored works and those lesser known,” she notes.Over the years, the YMCA-based festival has spiced up the proceedings with newer and possibly more challenging contemporary works. This year’s lineup features pieces by, for example, Russian composer Galina Ustvolskaya, who died in 2006 at the age of 87; the Israeli premiere of 63-year-old Jerusalemite composer’s Trio for Clarinet, Violin and Piano – played by Chen Halevi, Alexander Sitkovetsky and Bashkirova, respectively – and the Oboe Sonata by French composer Henri Dutilleux, who was mainly active in the second half of the 20th century.There are stellar acts wherever you look on the 10-day roster, with plenty of acclaimed returnees. Hungarian-born virtuoso British classical pianist and conductor Sir András Schiff will be there, as will the multinational Michaelangelo String Quartet and Korean-born New York cellist Tim Park.Bashkirova has always been keen to introduce young blood to the YMCA proceedings, and this year’s event features one of the brightest up and coming stars in the global classical music firmament, 22-year old French cellist Edgar Moreau.The young Parisian will participate in renditions of works by Shostakovich, Chopin, Fauré and Tchaikovsky.Moreau has already garnered a string of awards, placing second in Moscow’s Tchaikovsky Competition at the age of 17, and winning the Young Soloist Prize in the 2009 Rostropovich Cello Competition in Paris. The latter success represented some kind of closure for Moreau as, when he was only four years old, his parents took him to hear Mstislav Rostropovich, one of the great figures of 20th-century classical music. That was shortly before the Russian cellist died, and it sparked the infant’s imagination.While this will be Moreau’s first visit to this part of the world, he may feel at home here quite quickly.“My mother is coming with me,” he says. “She is a Hebrew-French translator.”His mother is Jewish and lived in Jerusalem as a child.“We are Jewish. I feel Jewish but not religious at all,” adds the cellist. “But I am really excited to be coming to Jerusalem for the first time.”There is a delightful tale of Moreau’s entering an antique shop in Paris with his father and seeing the store owner’s daughter playing the cello. That sealed the youngster’s musical fate.Moreau feels that his career path was predestined.“I believe in destiny,” he says. “That girl was not only playing, she was having a cello lesson. My father took the teacher’s phone number, and he became my teacher for five years. It was really like destiny. I went into the shop, saw the cello lesson, and the cello became my life. I began on the cello when I was four, but when I was six or seven I knew that I wanted to play the cello all my life.”The youngster duly made great strides and performed his first soloist slot with an orchestra at the age of 11, playing Dvorak’s Cello Concerto in B Minor.“That was a great experience for me, he recalls. “That confirmed my love for music, and I was just really happy to share my music.”Early promise notwithstanding, the music sector has known its fair share of wunderkinds who have shone like meteors but burned out all too quickly, often due to an inability to handle the emotional baggage that comes with stardom.Moreau seems to have no problems in that area, but there is also the matter of translating innate gifts into the real thing and finding one’s own voice and singular style. So has Moreau already found his voice at the age of 22 or is it a work in progress? “I think it’s a bit of both,” he muses. “I think I am improving my voice. I play about 80 or 90 concerts a year, so I think it improves with experience.”That, says Moreau, helps keep him on his toes.“You always find a way to play a piece differently; you always try to find other things in the pieces. Older musicians always tell me this, and I think they are right. You can always find new things when you are 30, 40 and even 60.”But it is a two-way street.“I think the older guys bring more experience, but younger musicians like me bring more instinct and freshness. I think that is complementary,” he says.He is certainly an inquisitive young man and likes to spread his recording and performance net far and wide to take in works that are rarely performed. He has already put out a couple of albums, taking in 18th-century cello concertos by the likes of Haydn, Boccherini and Platti, as well as the world’s first recording of a Baroque concerto by Italian composer-cellist Carlo Graziani.“I like to find and research some pieces that are not recorded yet or not yet played on cello,” he says.“For example, I play pieces that are for singers. You know, you can play too much the same things. I think it is also very interesting for the public to hear new things.”One looks forward to catching some refreshing sounds from Moreau and his cohorts at the YMCA in Jerusalem at the beginning of September.For tickets and more information about the Jerusalem International Chamber Music Festival: (02) 625- 0444 and www.jcmf.org.il