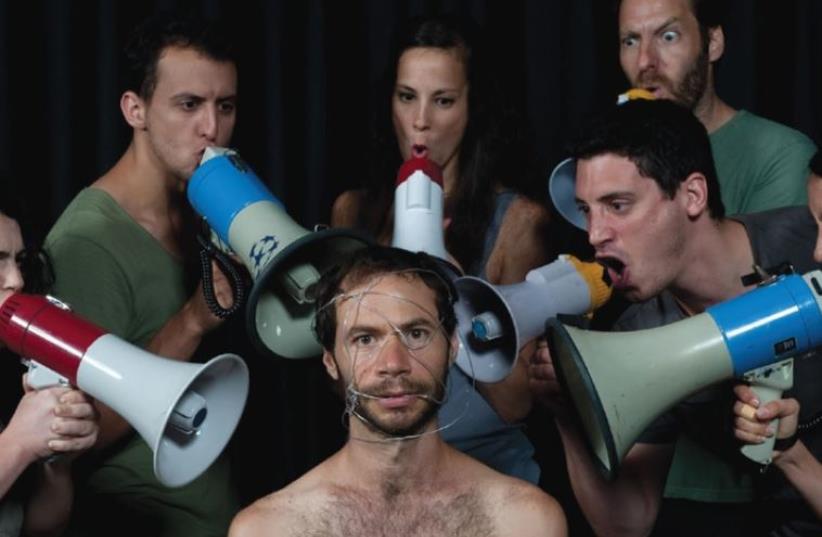 'Slaughterhouse Five' psychedelic rock opera
(photo credit: YOHAN SEGEV)
Advertisement
1. FILM: A MODEL LIFEIn Zoolander 2, male models Derek Zoolander and Hansel investigate a conspiracy after a number of celebrities are assassinated. With Ben Stiller, Owen Wilson, Will Ferrell, Penelope Cruz, Kristen Wiig.2. FESTIVAL: FILM FOR ART’S SAKE Epos, the International Festival for Culture and Art Films, is the only film festival in Israel dedicated to a variety of cultural fields. It provides the opportunity to see the latest Israeli and international films that focus on music, dance, architecture, theater, photography, cinema, comic books, fashion and street culture. Highlights include a screening of American artist Jeff Koons’s Diary of a Seducer and the French-British comedy drama Gemma Bovery. The festival will premiere 50 films while hosting special events such as pitching, lectures, competitions and master classes.

March 16 to 19, Tel Aviv Museum of Art, 27 Shaul Hamelech St. Info: (03) 607-7020.3. MUSIC: JAZZ IN THE CAPITALThe 12th annual Jazz Globus Festival offers a wide range of musical styles. The roster of local and international artists includes German jazz pianist Simon Nabatov, Polish guitarist Dima Gorelick, Israeli trumpeter Gregory Rivkin and the Shalosh Trio.Tuesday through March 21, Harmony Hall, 27 Hillel Street, Jerusalem. Tickets and info: www.jazzglobus.com 4 JUMPING IN Israeli choreographers Yossi Berg and Oded Graf present Come Jump with Me, a piece that serves as a dialogue between the choreographers and Israel and the identity crisis in which they find themselves.Wednesday and next Thursday, Warehouse 2, Jaffa Port. Info: www.choreographers.org.il.5. THEATER: THE NATURE OF GENIUSThe Stage presents US comedian Steve Martin’s award-winning play Picasso at the Lapin Agile. This absurdist comedy places Albert Einstein and Pablo Picasso in a Parisian cafe in 1904, just before the renowned scientist transformed physics with his theory of relativity and the celebrated painter set the art world afire with Cubism. Directed by Amber Gitter.Wednesday and next Thursday, 8 p.m., Rozin Community Center, Ramat Aviv. Tickets: www.thestagetlv.com 6. THEATER: WAR GAMES The Incubator Theater presents its psychedelic rock opera Slaughterhouse Five by Orit Lichtenshtadt, based on the iconic classic by Kurt Vonnegut in which the firebombing of Dresden frames the hallucinatory images and existence of Billy Pilgrim.Tuesday, 9 p.m., Tzavta Theater, Tel Aviv. Tickets: tzavta.co.il 7. ART: VISUAL POETRYMarking nine years since the death of Israeli visual artist Pinchas Zinovich, the Chelouche Gallery presents “Love Poem,” a series of 25 works created by Zinovich during the last two years of his life, 2006- 2007. The exhibition also features rare drawings that include his poems.

9. SPORTS: ON YOUR MARKS....The International Jerusalem Winner Marathon draws thousands of locals and tourists who come to watch amateur and professional runners from all over the world. The events include a full marathon, a half-marathon and a 10K run, all of which pass through Jerusalem’s unique landscape, rich in history, religion and culture. There is also a 4.2-km. run open to the public and an 800-meter run called Running for a Cause.

Next Friday, 7 a.m., at the junction between the Knesset and the Israel Museum. Info: www.marathon-jerusalem.co.il 10. FESTIVAL: CELEBRATING BACHJerusalem will mark the anniversary of the birth of J.S. Bach with the first Bach in Jerusalem Festival. The program features orchestral and chamber concerts, numerous free outdoor events, an exhibition, lectures, a musicological symposium, city tours and more. The YMCA auditorium will serve as the center of the festival activities.Among the festival artists are conductor Joshua Rifkin and organist Edmund Andler Boric from Croatia.March 17 through 21. Tickets and info: www.jbo.co.il or *6226.