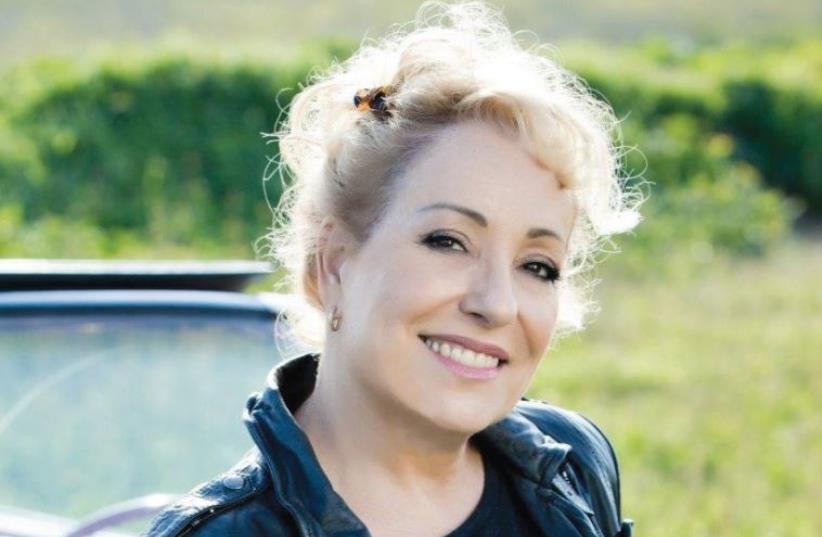 Riki Gal
(photo credit: OHAD ROMANO)
Advertisement
1. FILM: CLOWNING AROUNDChocolat follows the real-life travails of Rafael Padilla, a.k.a. Chocolat, a former slave who made his way to France in the late 19th century and became a star of Paris’s Nouveau Cirque. Starring Omar Sy, James Thierrée. Directed by Roschdy Zem.2. MUSIC: MY GAL RIKI Veteran vocalist Riki Gal will perform a special concert at the Elma Arts Complex Hotel in Zichron Ya’acov. The performance includes songs from her new album Blue Grapes, produced by Yehuda Poliker, along with all-time classics and hits such as “Mother,” “Rock Girl” and “Hi, Quiet One.” Gal, who reached the height of her career in the 1980s, sings a mix of blues, folk and pop.Saturday, 9 p.m. For tickets: www.elmahotel.com 3. FESTIVAL: FLOAT YOUR BOAT The Tel Aviv-Jaffa Sea Festival will be taking place for the first time during Passover.The event will start in the marina, with more than 600 children competing in the Israel Youth Sailing Championship.Other nautical activities will include kayaking, SUP, volleyball as well as the Sail Tel Aviv Yacht Cup, with dozens of yachts racing in an attempt to make it as contestants for the 2016 European Championships.Runs through April 28, Tel Aviv Beaches, Tel Aviv Port & Marina. For more info: www.atarim.gov.il 4. FESTIVAL: SABRA SOUNDS The Yemei Zemer (Days of Song) festival returns to the Holon Theater, presenting four days of events with some of Israel’s greatest performers. The varied program includes a concert dedicated to the songs of the late Ofra Haza as well an evening of Hebrew theater songs. The rest of the festival agenda reads like a roll call of the leading figures of the Israeli pop and rock industry, including Zvika Pik, Ariel Zilber, Shlomi Shaban and Mika Karni.Runs Sunday through Wednesday. For more info: www.hth.co.il 5. FESTIVAL: PLAY IT UPThe heart of TheaterNetto, the three-day international theater festival in Old Jaffa and Acre, is still a competition, but guest plays, plays for children, the studentmounted “Hyde Park” performances outside, and arts events throughout Old Jaffa have all been added over the years.There are nine original plays in competition, featuring the theme of refugees.They include Hello Salim, an autobiographical play by veteran actor Salim Dau, and How Does Dad Do It? (pictured) by Itay Nahmias and Rafi Shragai. In Hebrew.Runs Sunday through Tuesday in Acre and Monday through Wednesday in Old Jaffa.6. MIXED BAG: MUSEUM MADNESS Entrance to 40 museums and attractions around the country will be free of charge from April 24 to 28 as part of a Bank Hapoalim initiative during the intermediate days of Passover. Participating will be the Bible Lands Museum (pictured) in Jerusalem, the Tel Aviv Museum of Art, the Design Museum Holon, the Haifa Zoo and Lahav’s Joe Alon Beduin Culture Museum.For the full list of participating sites, visit www.bankhapoalim.co.il 7. MIXED BAG: SET IN STONEEvery year during Passover, the town of Ma’alot in Upper Galilee hosts the renowned Stone in the Galilee Symposium at Lake Montfort. This event hosts sculptures from Israel and all over the world. The theme for this year is “liberty,” and each artist has developed his or her own interpretation and response.Additionally, surrounding the lake there are kiosks and activity booths as well as boating on the lake.Runs Sunday through Tuesday. For more info: www.maltar.org.il8. KIDS: PHARAOH FUNThe Israel Museum presents some special Passover activities for kids that will recreate the times that the Pharaohs of Egypt ruled the Land of Israel. Kids will get special audio guides and brochures and can participate in a workshop to learn how to write their names in ancient Egyptian.Entrance and participation is free .Runs Saturday through April 30. For more info: www.imj.org.il 9. KIDS: NEVERLAND COMES TO LIFE The classic characters of Peter Pan, Captain Hook and Tinkerbell return, creating a world of “Neverland” for children to explore at Jerusalem’s Botanical Gardens.Upon entering, all kids will receive a map designed to guide them through the garden’s riddles where they’ll interact with characters from the Peter Pan story.Sunday through Thursday. For more info: en.botanic.co.il 10. POP, ITALIAN STYLE Eros Ramazzotti, one of Italy’s most globally recognized musicians, will perform one concert at Tel Aviv’s Menora Mivtahim Arena as part of his Perfetto world tour. The 51-yearold singer-songwriter from Rome has been on stage for more than 30 years, recorded 12 studio albums and sold around 50 million records worldwide.Acclaimed hits “Cose della Vita” and “Se Batasse Una Bella Canzone,” along with duets with stars such as Tina Turner and Cher, have made Ramazzotti one of the most admired Italian pop artists.April 30, 9 p.m. For tickets: www.leaan.co.il or *8780