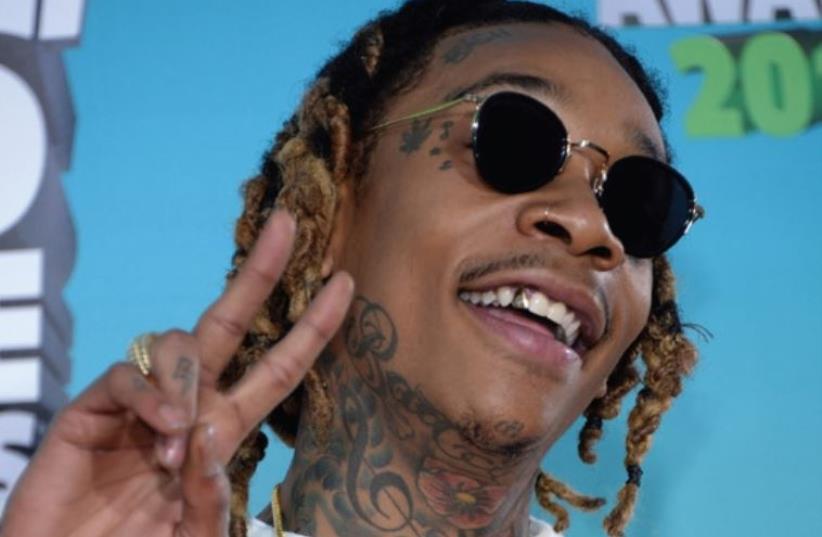 American hip hop star Wiz Khalifa
(photo credit: REUTERS)
Advertisement
1. THE BEST-LAID PLANS In the film Maggie’s Plan, Maggie Hardin is a vibrant 30something New Yorker working in education who decides to have a child on her own. But when she meets John Harding, she falls in love for the first time and adjusts her plans for motherhood. Complicating matters, John is in an unhappy marriage with Georgette Harding. With some help from her friends, Maggie sets a plan in motion that intertwines their lives but learns that sometimes destiny should be left to its own devices. With Julianne Moore, Ethan Hawke, Greta Gerwig 2. ON A FESTIVE NOTEThe Jerusalem Opera Festival is back for the second time. Verdi’s Rigoletto will open the festival at the Sultan’s Pool open-air venue, against the backdrop of the Old City.June 22 at 8 p.m. in Jerusalem (in Italian with surtitles in English and Hebrew) 3. A TRUE GEM Georges Bizet’s opera Les pêcheurs de perles is the Israeli Opera’s next production. Passionate love and true friendship are juxtaposed as Nadir and Zurga vie for the love of the priestess Leila. The exotic opera, set in Sri Lanka, is full of beguiling arias, duets and chorus numbers. Conducted by Steven Sloane, directed Lotte De Beer, with Christina Pasaroiu as Leila, Robert McPherson as Nadir and Nikola Mijailovic as Zurga. Sung in French, with English and Hebrew surtitles.Premiere June 28 at the Opera House in Tel Aviv 4. TO REMEMBER AND FORGETThe Kolben Dance Company celebrates its 20th anniversary with a new work by Amir Kolben – Memorandum, a show about memory and forgetting. Memorandum is an archeological site of the body and the mind. This is generally called a retrospective, but in this case it involves taking a look at the body of work to discover what was not apparent at the time of their creation.June 25 at 9:15 p.m. at the Jerusalem Theater 5. TCHAIKOVSKY’S LIFE AND LOVESPICH is a biography in motion about Tchaikovsky.The one-hour dance-play, created for six dancers, deals with the life and music of the famed Russian composer. Choreography by Martin Harriague, in collaboration with the dancers. Music by Tchaikovsky.Premiere June 18 at 9 p.m. at the Suzanne Dellal Center, Tel Aviv 6. MOVED TO TEARS KJ Denhert’s performances in the Hot Jazz series will move you to laugh, to dance and even to cry.Her special blend of urban folk and jazz has earned her four Independent Music Award nominations, and in 2009 she was named one of Jazz.com’s top female vocalists. Consistently praised for her pathos, originality and impeccable musicianship, Denhert is a one-of-a-kind songwriter, guitarist and performer.June 18 at 9 p.m. at Ganei Tikva, Merkaz Habama; June 21 at 10 p.m. at Zappa Herzliya; June 22 at 9 p.m. at Einan Hall in Modi’in; June 23 at 9 p.m. and June 24 at 9:30 p.m. at the Tel Aviv Museum of Art; June 25 at 9 p.m. at Beit Abba Hushi in Haifa.7. THE SOUND OF CARNIVALBrazilian legend Sergio Mendes is coming to Israel comes to Israel as part of a world tour celebrating the 50th anniversary of his iconic album Brazil 66. Mendes, considered one of the greatest ambassadors of Brazilian music, made a comeback in 2006 when he recorded a new version for his hit song “Mas Que Nada” with Black Eyed Peas, which became an international hit.June 23 at 8 p.m. at Zappa Herzliya; June 24 at 7:30 p.m. at Zappa Tel Aviv; June 25 at 7:30 p.m. at the Culture Palace, Tel Aviv 8. SEE YOU SOONAmerican hip hop star Wiz Khalifa will be playing at Rishon Lezion’s Amphitheater. Hailing from Pittsburgh, the tattooed artist, famous worldwide for collaborations such as “See You Again,” is coming here as part of his global summer tour.June 25 at 9 p.m. at Live Park Amphitheater, Rishon Lezion; wizkhalifa.co.il 9. CLASSICAL CUT-UPS Four Polish string players, the MozART group, will perform their hilarious show of musical mayhem. The virtuoso quartet perform a unique musical cabaret where the music, not the words, is the source of joy and laughter.June 23 at 8:30 p.m. at the Culture Palace in Tel Aviv (*9066); June 24 at 1 p.m. at the Jerusalem Theatre (*6226); June 25 at the Haifa Auditorium (04) 837-7777.10. TAKE A BOWOscar winner British actress Dame Helen Mirren will host the Genesis Prize ceremony at the Jerusalem Cinematheque, presenting the Genesis Prize of 2016 to violinist Itzhak Perlman. Mirren will be the guest of a special evening lecture at the Cinematheque, where she will talk about her career. Entry is free.June 22 at the Jerusalem Cinematheque. For details, go to www.jer-cin.org.il