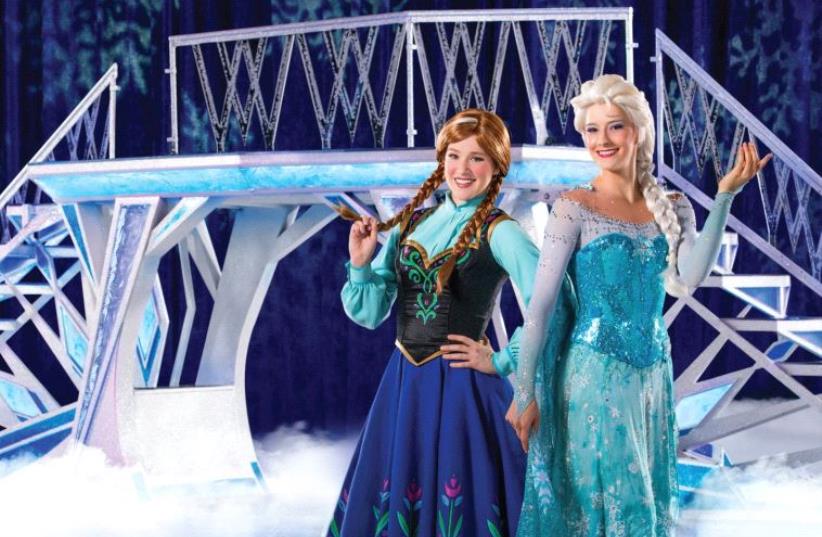 Disney on Ice
(photo credit: PR)
Advertisement
1. SUPER DAD In Matt Ross’s heart-warming new film Captain Fantastic, Viggo Mortensen plays a father determined to raise his children on his own terms. In the forests of the Pacific Northwest, he is devoted to raising his six kids with a rigorous physical and intellectual education. But he is forced to leave his arboreal paradise and enter the “real” world, challenging his idea of what it means to be a parent.

2. SEE SIA IN THE PARKAustralian singer and songwriter Sia will perform her first concert in Israel. Sia has been active in the music industry for almost two decades, writing songs for the likes of Madonna, Britney Spears, Beyoncé, Celine Dion and Rihanna, for whom she wrote the smash hit “Diamonds.”She gained international success with her 2014 album 1,000 Forms of Fear, which featured the hits “Chandelier,” “Elastic Heart” and “Big Girls Cry.” She recently released her seventh album, This Is Acting, which she co-wrote with Adele.August 11 at 7 p.m., Ganei Yehoshua Hayarkon Park, Tel Aviv3. WAKE UP TO REGGAE As part of his Awake world tour, Julian Marley, the son of reggae legend Bob Marley, will perform with his band in Tel Aviv. Julian Marley’s fame has reached new heights with the success of his Grammy-nominated album Awake.

6. THE ART OF THE DANCE Through the Eyes of the Maja transports viewers to an artist’s studio, where a woman dwells surrounded by paintings, music and legend. Flamenco Diva, Sara Calero and famed flamenco singer Gema Caballero take the audience into a mysterious and sensual woman’s world where dance is not the only tool the artist has at hand.August 9 and 10 at 9 p.m. as part of Danza Espana, Suzanne Dellal Center, Tel Aviv 7. CREATING DIALOGUEShekel – Community Services for People with Special Needs, together with the Bezalel Academy of Art and the School of Visual Theater, launch the 12th annual “Dialogue through Art.” The art exhibition is the product of a program that creates cultural inclusion for people with disabilities through projects that bring together artists and aspiring artists with and without disabilities.

Opening concert, Shalom Hanoch and Shlomi Shabbat on August 15 at 9 p.m.August 15 to 27, from 6 p.m. to 11 p.m. (except Shabbat), Sultan’s Pool, Jerusalem 10. DISNEY ON ICE Celebrating 100 years of Disney magic, Anna and Elsa from Frozen, Snow White, Mickey Mouse, Goofy, Donald Duck, Aladdin, the Little Mermaid and many other Disney darlings will perform in an ice spectacular for the whole family. Breathtaking choreography, with more than 300 colorful costumes and more than 30 favorite songs of all time, starring Disney’s top 50 favorite characters. The largest production in the history of Disney on Ice, it is one of the most successful shows in the world.