Your entertainment guide for the week to come. 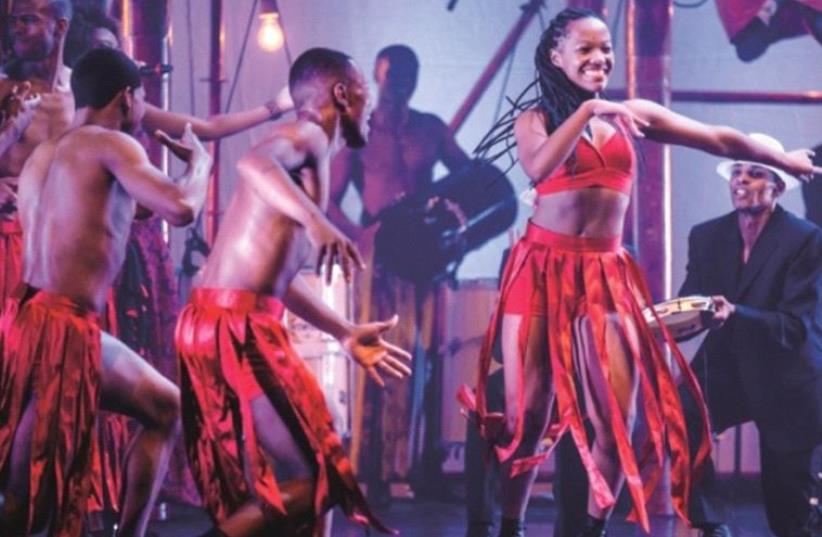 The Bal’e de Rua dance company
(photo credit: DANIEL BOUD)
Advertisement
1. A FAMILY’S MELT-DOWN The dramatic film American Pastoral is based on Philip Roth’s 1997 novel of the same name. In 1968, a hardworking man who had been a staple in his community for years watches his seemingly perfect middle-class life fall apart as his daughter’s new radical political affiliation threatens to destroy their family. With Ewan McGregor, Jennifer Connelly, Dakota Fanning, Rupert Evans.
2. THE BEAUTIFUL FLUTE Acclaimed Israeli flautist Noam Buchman is celebrating the gold status of his CD Manginat Hechalil (The Music of the Flute). A long-time principal flute of the Jerusalem Symphony Orchestra and soloist performing in numerous concerts and recordings, Buchman is dedicated to bringing Israeli music to the attention of a wider audience, and this album contains beautiful Israeli songs adapted to the flute.In the concert, Buchman will be accompanied by musicians from the JSO.October 31 at 9 p.m. at Hatav Hashmini (Tav 8) music store, 16 Shamai Street, Jerusalem. Free entrance with reservations. Tel: (08) 919-9555.
3. THE SOUL OF BRAZILThe Bal’e de Rua dance company makes its Israeli premiere this week. The dance company is wowing audiences worldwide with Baila Brazil, a show pulsating with Brazilian soul. Bal’e de Rua, which began in the neighborhoods and favelas of Uberlandia, a small town in the center of Brazil, presents a show that’s a fascinating journey to the heart and soul of Afro-Brazil. Choreography, costumes, set design and artistic direction by Marco Antônio Garcia. Artistic collaboration by Pierre Morand.November 2 and 3 at 8 p.m.; and November 4 at 1 p.m. at the Opera House in Tel Aviv.
4. ALL WRAPPED UP Inbal Pinto and Avshalom Pollak’s dance piece Wrapped is an urban legend that combines humor and poetics that take place in a colorful imaginary world. Created in 1998, Wrapped has won several awards, including the prestigious Bessie, The New York Dance and Performance Award, 1999-2000.November 3 at 9 p.m.; November 4 at 2 p.m.; and November 4 at 9 p.m. at the Suzanne Dellal Center, Tel Aviv
5. MUSIC AND ETHICSInternationally renowned musicians and gifted young musicians join together for a musical-social experience at the third Musethica International Chamber Music Festival.The festival will take place in various venues around the country, celebrating and demonstrating the Musethica concept and structure in one concentrated week. The musicians perform in various ensembles in different venues such as schools for disabled children, hospitals, homes for the elderly and social organizations.Public concerts: November 1 at 8:30 p.m. at Shaffa Bar, Jaffa, Bar Concert – free entrance; November 2 at 8 p.m. at the Beersheba Music Conservatory – tickets: (08) 629-0008; November 4 and 5 at 8:30 p.m. at the Israel Conservatory of Music, Tel Aviv – tickets: (03) 546-6228.
6. GRAND MUSIC The Israeli Sinfonietta Orchestra, Beersheba, opens its season with Carl Orff’s epic cantata Carmina Burana, performed by 150 musicians – solo singers, choir and orchestra. Also on the program are Schuman’s Piano Concerto with conductor and pianist Justus Frantz; and Rossini’s overture to William Tell.With soprano Alla Vasilevitsky, countertenor Yaniv D’or, baritone Guy Pelc, the Ihud Choir and two children’s choirs.November 5 and 7 at 8:30 p.m. at the Performing Arts Center, Beersheba. Tel: (08) 626-6422.
7. THE URBAN CIRCUS Cirque Éloize (Canada) is coming to town next week with a new show called iD about youth in the inner cities. In this energetic, breathtaking, sinister and dream-like show, the circus meets the hustle and bustle of city life, replete with street fights and young people full of love and hate. Artistic director: Jeannot Painchaud.November 8 to 10 at 8 p.m. at the Opera House in Tel Aviv
8. GOOD CHEMISTRYChemical Brothers, whose first album was released in 1995, are considered the pioneers of the “big beat” electronic style, later represented by artists such as Fatboy Slim. The duo, also famous for their impressive live sets, will present their latest work, Born in the Echoes.November 12 at the Exhibition Grounds (Ganei Hata’arucha), Tel Aviv. For tickets: www.eventim.co.il; *9066
9. FOLLOWING THE SUNThe English punk rock band The Stranglers emerged in the 1970s. Throughout their long career they have been one of the most successful bands on the punk rock scene. Some of their greatest hits are “Always the Sun,” “Golden Brown” and “Skin Deep.”November 17 at the Charles Bronfman Auditorium in Tel Aviv. For tickets, call *8780
10. A BOW TO BAUHAUS Bauhaus was an institution that changed 20th-century architecture and design significantly. The Bauhaus School (1919–1933) formulated universal design principles that combined art, craft and industry, while eschewing local traditions. The exhibition “It’s All Design” presents works by Bauhaus luminaries such as Oskar Schlemmer and Walter Gropius and contemporary designers such as Konstantin Grcic and Thomas Lommée, juxtaposing Bauhaus aspirations with the challenges of contemporary designers.On display until January 7 at the Tel Aviv Museum of Art, Agnes and Benny Steinmetz Wing for Architecture and Design in the Herta and Paul Amir Building
Advertisement
Subscribe for our daily newsletter