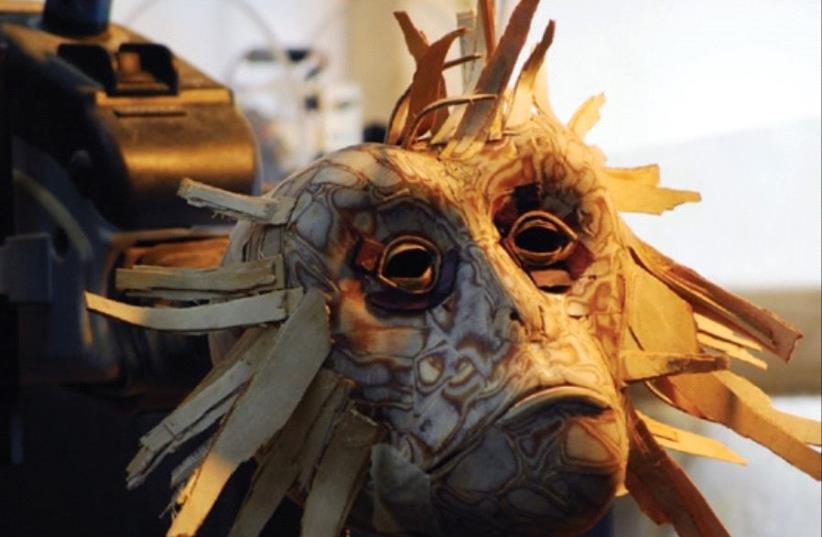 PechaKucha Night
(photo credit: PR)
Advertisement
1. CYBORGS CUT LOOSEBased on a popular Japanese manga series, the film Ghost in the Shell stars Scarlett Johansson as a cybernetically enhanced policewoman who’s hunting a dangerous hacker. With Michael Pitt, Juliette Binoche.2. VARIATIONS ON VIDEOThe exhibition “Woven and Untangled” at the Tel Aviv Museum of Art’s Helena Rubinstein Pavilion for Contemporary Art includes a selection of new video works acquired by the museum. The video works are by Israeli artists, with themes that range from the perfect esthetics of woven tapestry and the equal division between Jews and Muslims in the Cave of Patriarchs to architectural fantasy in China and the complexity of father–daughter relationships.Opens Thursday. www.tamuseum.org.il 3. STARTING A CONVERSATIONIsrael is once again gearing up for PechaKucha Night to be held at the Charles Bronfman Auditorium in Tel Aviv.PechaKucha (Japanese for “conversation”) was initiated in Tokyo in 2003 as a way for young designers to meet, network and show their work in public. It has become somewhat of a phenomenon, with events taking place in hundreds of cities around the world. The format is simple: Artists, musicians, filmmakers, designers and other creative people each have six minutes and 40 seconds to present their ideas.Thursday and next Friday. For more info: www.pechakuchatlv.com 4. FILM FOR ART’S SAKEEpos, the International Festival for Culture and Art Films, is the only film festival in Israel dedicated to a variety of cultural fields. It provides the opportunity to see the latest Israeli and international films that focus on music, dance, architecture, theater, photography, cinema, comic books, fashion and street culture. The festival will premiere 50 films while hosting special events such as pitching, lectures, competitions and master classes.Wednesday through April 8, Tel Aviv Museum of Art. For more info: www.filmart.co.il 5. YOU CAN BANK ON IT Featuring the work of one of the world’s most renowned and mysterious graffiti artists, the “Art of Banksy” exhibition will run from Tuesday to April 18 at the Arena Mall in Herzliya. Curated by the artist’s former manager, Steve Lazarides, the exhibition presents the largest collection of Banksy artworks to reach Israeli shores, including the iconic Girl with Balloon, Flag Wall and Laugh Now pieces. The exhibition also includes three pieces that have never been publicly exhibited.For tickets and info: www.theartofbanksy.co.il

6. LA DOLCE CINEMA Past and present of Italian cinema are celebrated at the Cinema Italia Festival, which runs Saturday through April 9 at the Jerusalem, Tel Aviv, Haifa, Herzliya and Holon cinematheques. Some 73 films will be screened, as well as documentaries, classics (including five of Roberto Rossellini’s restored films) and short films. Among the festival’s special guests is Matteo Rovere, director of the opening film Italian Race (pictured).For more info: www.cinema.co.il 7. CHASING WINDMILLS The magnificent St. Petersburg Ballet Company returns to Israel with the full-length Don Quixote, Marius Petipa’s delightful interpretation of Cervantes’s tale of romance, loyalty and courage. Don Quixote, having read his fill of romances about knights and chivalry, decides to set off on his travels in order to achieve great feats that will bring glory to his name. Performing in the lead roles are Anna Voytin and Alexander Voytin.April 12 to 18 in Tel Aviv, Beersheba and Haifa. For info and tickets: www.cupatbravo.co.il 8. INFECTIOUS BEATInternationally renowned Israeli psychedelic trance giants Infected Mushroom will square off against Israeli homegrown megastars Balkan Beat Box as they perform in the annual Super Classico 5 at Live Park in Rishon Lezion. Formed in Haifa in 1996 by producers Erez Eisen and Amit Duvdevani, Infected Mushroom have gone on to experience the highest level of success among the psy trance and, indeed, the electronic dance community.Meanwhile, the BBB trio fuses European and Middle Eastern sounds in their catchy records.Thursday at 8 p.m., Rishon Lezion. For tickets: www.superclassico.co.il 9. TOUR DE FORCEArgentinean actress and singer Lali Esposito will be returning to Tel Aviv this Passover. The 26-year-old began her career as an actress in popular telenovelas, and then became known to the public worldwide for her debut album A Bailar (To Dance), which won several awards. She has opened concerts for superstars such as Ricky Martin and Katy Perry and is now touring Europe and Israel to present her second album, Soy (I Am).April 13 at 7:30 p.m., Menora Mivtachim Arena, Tel Aviv.For tickets: www.viagogo.com 10. SPIRITUAL GETAWAYThe Zorba the Buddha Festival takes place every year at the Desert Ashram in the Negev. Uniquely spiritual, the festival features five days of meditation in a beautiful desert setting. It also includes workshops, musical performances, parties and theater, as well as time for relaxing in the peaceful desert.April 13 to 17. For more info: www.zorba.co.il
Advertisement
Subscribe for our daily newsletter